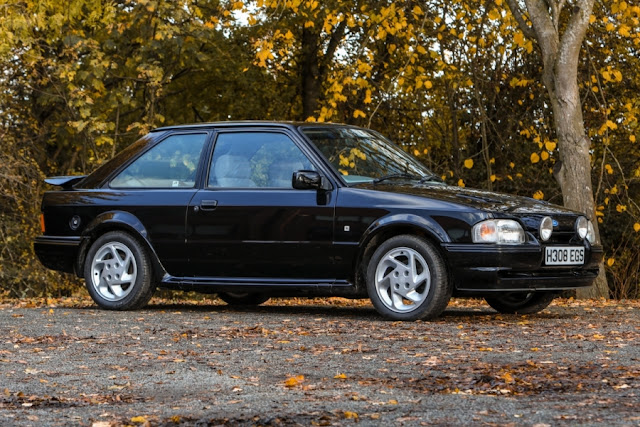 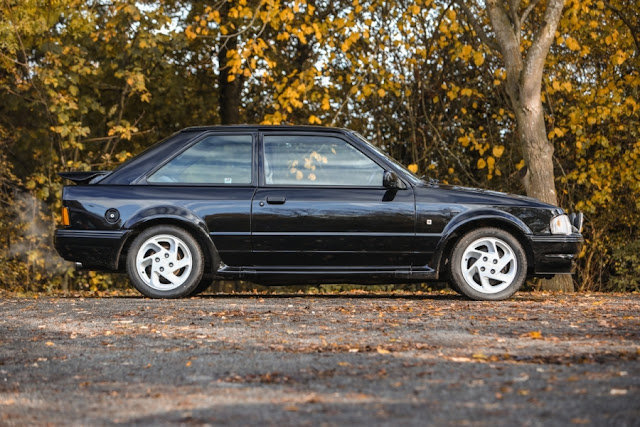 Based on the success of the previous model, the S2 Escort RS Turbo (produced between 1986-1990) was more suited to the road, whereas the earlier car was a bit of a homologation special. Many new features were adopted for the Series 2 including utilising the 1600cc fuel-injected CVH engine taken from the S1 Turbo but now fitted with the Garret T3 turbo (water-cooled, unlike the S1), revised engine management settings, lower overall gearing, an improved gearbox and limited-slip differential, a larger clutch and improved KE-Jetronic unit and inter-cooler. Suspension and chassis changes included stiffer front and rear springs, uprated anti-roll bars, mechanical ABS and larger brakes. The S2 produced an impressive 132bhp at 5750 rpm, with maximum torque of 133 lb/ft produced at 2750 rpm, offering ample performance with a top speed of 125 mph and a 0-60mph time of 8.3 seconds. Although on paper these figures were a tad down on Series 1, the new car was considerably easier to drive quickly and, effectively, was a faster car.
H308 EGS was first registered on the 20/09/1990 and is finished in Solid Black with a stylish grey cloth Recaro interior which remains virtually unmarked. Having had just three previous keepers, the current custodian has enjoyed this little bobby-dazzler since 2001 when it was given to him by his wife as a Birthday present! Since that time the car has had little usage and basically been mothballed until last year when it was treated to a thorough recommissioning with fresh fluids, brakes overhauled, cambelt replaced etc. It has just been fully detailed in readiness for the sale and now looks even better than it does in the photographs.
These cars are rarely found in a totally standard, unmolested condition and having covered just over 29,000 miles (atoc) this Series 2 RS Turbo appears very sensibly guided representing great value for money. Don’t miss a great opportunity to have this Fast Ford added to your collection. 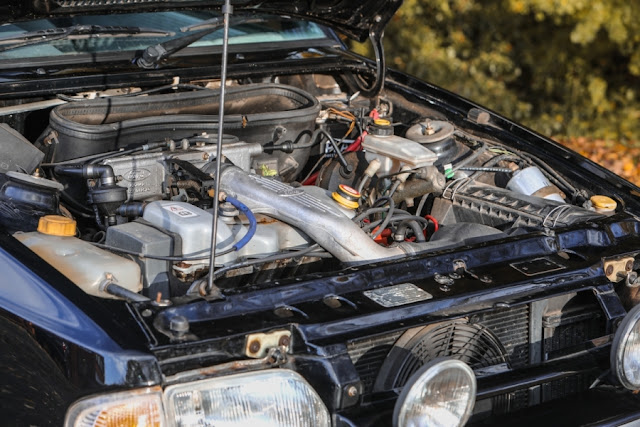 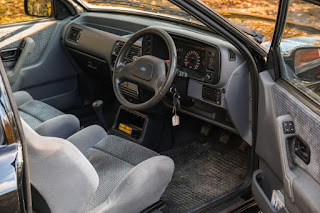 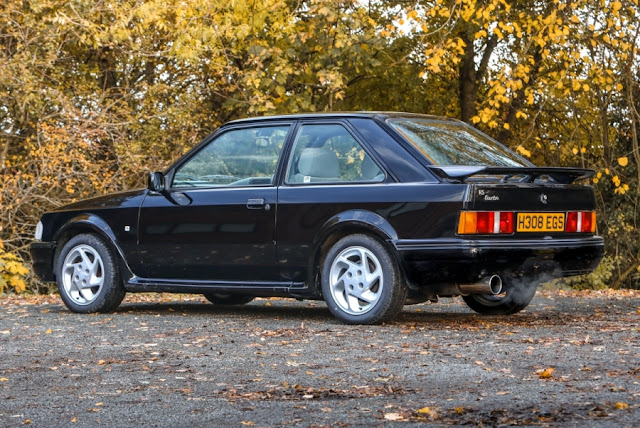 CLASSIC CHATTER
Powered By Dragons
Posted by jeffharris at 22:04