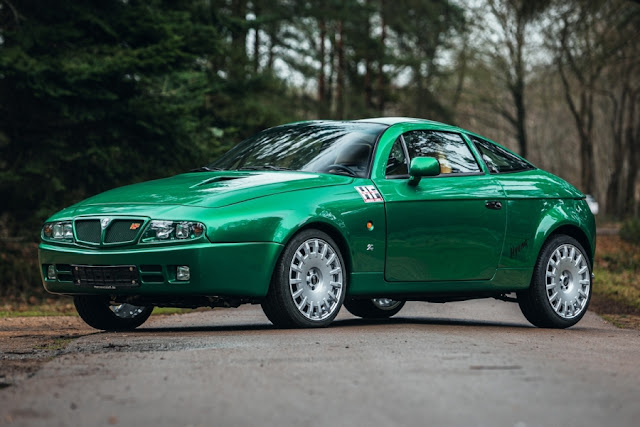 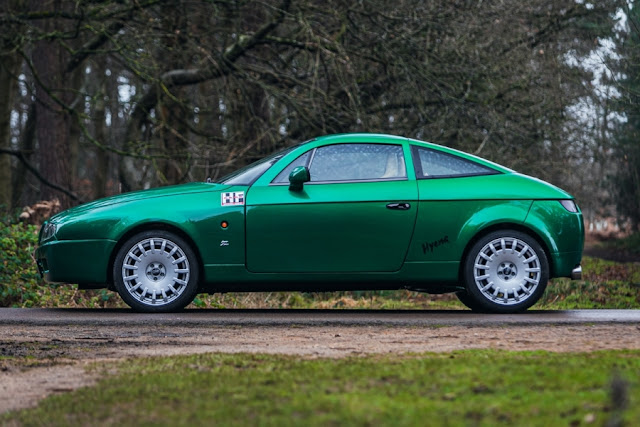 Developed from a humble but sharp-suited five-door hatchback, the Lancia Delta spawned several performance derivatives and with the adoption of four-wheel drive and turbocharging, the Delta became a very accomplished competition car dominating the World Rally Championships in the late 1980s. With distinctively flared arches to accommodate the ever-increasing track, the Evoluzione began production in 1991 to meet with homologation requirements laid down by the FIA. The engine, although technically the same as the earlier 16V cars, was remapped to give 210bhp at 5750rpm in order to compensate for the slight increase in weight and larger frontal area. These developments were aimed at improving the handling potential of the car and it worked, with the new Integrale being considerably quicker over rally stages on both asphalt and gravel.
In production for many years, the Delta HF Integrale was highly regarded, commercially successful and even today is recognised as one of Lancia's landmark cars, however, as is the way of these things, there is always somebody who feels they could have done a better job. One such was a well-funded classic car builder and collector by the name of Paul V.J Koot. Although totally enamoured with his Integrale Evo, the Dutchman decided that the somewhat cubic little hatchback would be infinitely more desirable as a Coupe and produced a series of sketches illustrating his vision. He approached legendary coachbuilders Zagato with his concept which retained the chassis, power unit, drive train and dynamic abilities of the Evo clothed with a pretty, wheel-at-each-corner Coupe. They were enthusiastic and accepted the challenge and the first prototype, incorporating a number of traditional Zagato styling cues including the 'double-bubble' roof, was unveiled in 1992.
The new car, now christened Hyena was well received and the decision was soon made to put it into limited production, but when Fiat heard of this they made their feelings very clear. They refused to have any involvement in the project at all, declining to supply Zagato with bare chassis to build their new creation.
But Koot was undeterred. Instead of having the chassis supplied by Fiat (Lancia), Koot went out and privately purchased fully finished HF Integrales by himself, had them stripped to a bare shell, before sending them to Zagato in Milan to have the newly developed bodies built for final assembly. To Zagato’s credit, the bodywork was completely handmade from aluminium and the interior featured a new dashboard, console and door skins made from carbon fibre. This use of lightweight materials meant that the new Hyena weighed in at an impressive 120kg lighter than an Integrale. They also squeezed a bit more power from the engine, increasing output to 250hp (184 kW) — achieving 100km/h in 5.4 seconds.
Originally a run of 75 Hyenas was planned, but only 24 were ever completed between 1992 and 1993, possibly as a result of a price tag of 140,000 Swiss Francs,  as much as a brand new Porsche 911 Carrera at the time.
The car on offer here today is Number 9/24 and is based on a 1993 Integrale HF Evoluzione II although it was first registered on 15/09/92 presumably to avoid the forthcoming catalytic convertor requirements. It's finished in a special order green metallic with a mainly black interior lifted with light tan leather seating. Its first owner lived in Luxembourg and kept the car until March 2005 at which point it had covered some 6,000km. The 1,000km inspection was carried out by Paul Koot. The car's second owner was a Mr Jef van Hoot in Holland who was a Lancia collector and rally driver and he added a further 2,800km over the next 13 years. He also sent the car back to Paul Koot in 2018 for a full service.
Since 09/10/2018, the car has been in the care of a knowledgeable classic car collector in Germany who has added a set of OZ alloy wheels (17 x 5) fitted with new tyres (original wheels and tyres are available). It's offered with both sets of keys, homologation papers, service and maintenance invoices, MOT (equivalent) Certificates, original sales brochure and a Car Magazine road test. The car is in remarkable condition, we are not legally allowed to say 'as good as new' but if we were, we would.


These cars hardly ever come to market so this is a wonderful opportunity to acquire a very rare car that combines the driving pleasure of a low-mileage 'EVO II' with the distinctive looks of a Zagato Coupe. 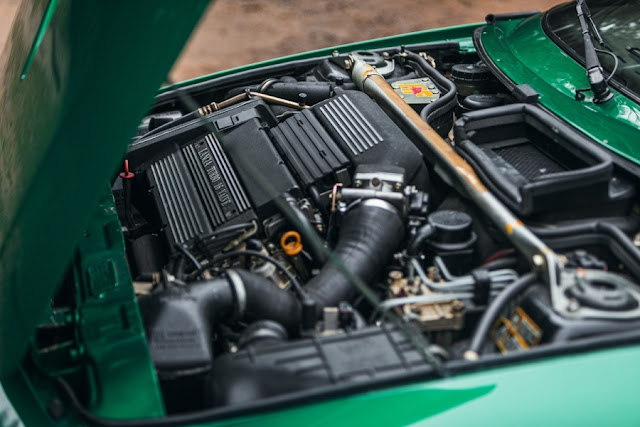 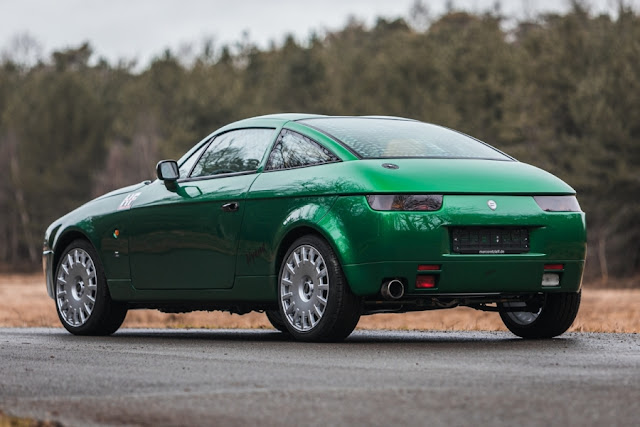 SOURCE: https://silverstoneauctions.com/events/2020-auctions/race-retro-classic-competition-car-sale-2020/race-retro-classic-competition-car-sale-2020/classic-cars-saturday-22nd-february-2020/1992-lancia-hyena-zagato
Disclaimer:  Whilst Classic Chatter ("we") attempt to make sure that the information contained in this website is accurate and complete, we are aware that some errors and omissions may occur from time to time. We are not able, therefore, to guarantee the accuracy of that information and cannot accept liability for loss or damage arising from misleading information or for any reliance on which you may place on the information contained in this website. We highly recommend that you check the accuracy of the information supplied. If you have any queries about any information on our website, please contact us at  jeff.classicchatter@mail.com

CLASSIC CHATTER
Powered By Dragons
Posted by jeffharris at 21:40