Welcome back to Classic Chatter and our look at what is coming to auction in the UK.
It's been a difficult time for everyone over the last 18 months but the future looks better and we all hope normality is just around the corner.
OUR FEATURED AUCTION
RM SOTHEBY'S AUCTIONS
Royal Automobile Club, St. James'sLondon, SW1Y 5HS
Saturday 6th November 2021 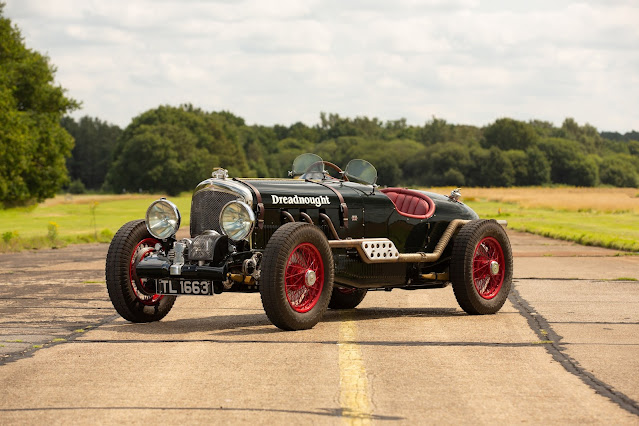 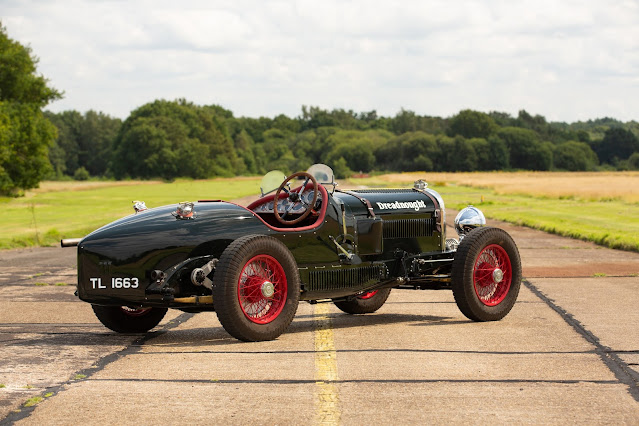 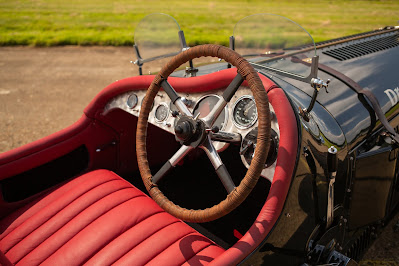 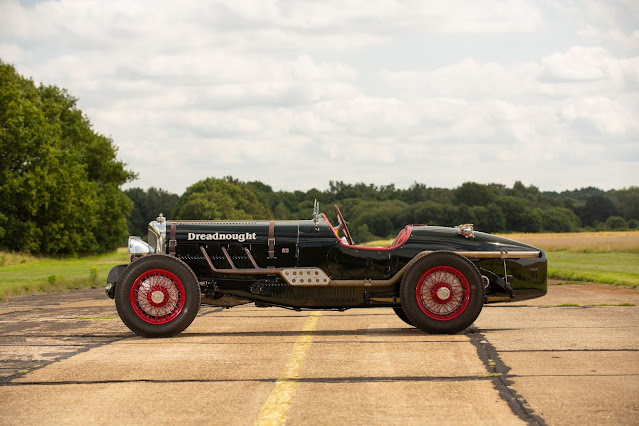 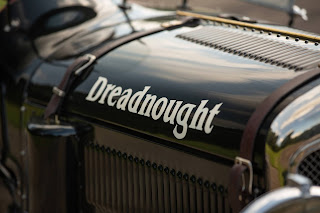 Rolls-Royce introduced the 20/25 in 1929 and manufactured an estimated 3,827 rolling chassis over an eight-year production run. With buyers free to choose their coachbuilder and body style, the model was bodied by a variety of outlets, including Park Ward, Hooper, Van Den Plas, and H. J. Mulliner. Few have ended up in such a unique configuration as this “Dreadnought Special”.

This car—chassis number GNS 39—is believed to be one of 81 made between 1930 and 1931 with the “GNS” chassis number prefix. In its earliest form, the car was a rare example, having been bodied by H. J. Mulliner as a Two Seater Tourer. First registered for the road on 3 March 1931, the car’s first owner, Vincent Hemery Esq., took delivery two weeks later. In 1966, it was photographed still fitted with its original body.

The car was purchased as a rolling chassis with engine and gearbox on 4 June 2014 by the current owner, with the intention of creating a one-off special. It now features an alloy Brooklands Bentley-style race body, hand-formed over an English ash frame by Bespoke Bodywork of Church Crookham, England. The chassis was shortened to accept the new body and the suspension received stiffer cord-wrapped springs, while the wheels are clad in Blockley road-legal competition tyres. The “Dreadnought Special” is brought to a stop by its Afin brakes with competition linings.

The original engine was bored out to 3.8-litres, fitted with a billet camshaft, forged pistons, alloy cylinder head and lightweight flywheel. Breathing through a Godfrey Marshall K300 blower, the “Dreadnought Special” is claimed to produce 190 bhp and 350 ft.lb of torque. The Rolls-Royce gearbox was stripped down, receiving new SKF bearings, an AP Racing clutch and a Laycock overdrive.

The cabin is upholstered in red leather and features a leather cord-bound steering wheel and twin Brooklands aero screens. The Bentley-style bodywork is finished in a dark green hue, with a single-wrapped exhaust pipe affixed to the left side of the body. “Dreadnought” in white lettering sits boldly on either side of the bonnet, indicating the competitive nature of this VSCC-eligible special.

This one-off Bentley-style special is a hallmark of British craftsmanship and has been modified with no expense spared. The “Dreadnought” is offered with paperwork that includes a copy of the original purchase order from Rolls-Royce, historic registration documents, 1970s drawings for a replacement body, invoices, and folders of restoration photographs. 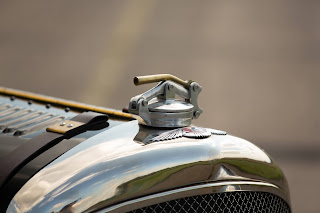 Buyer's Premium for this lot is:
For Further Details Visit -   Source:  https://rmsothebys.com/en/auctions/lf21/london/lots/r0004-1931-rolls-royce-2025-dreadnought-special-by-bespoke-bodyworks/1153476#
Coming To Auction  Brought To You By:
The Squirrel

Posted by jeffharris at 15:06 No comments:

Welcome back to Classic Chatter and our look at what is coming to auction in the UK.
It's been a difficult time for everyone over the last 18 months but the future looks better and we all hope normality is just around the corner.
OUR FEATURED AUCTION
RM SOTHEBY'S AUCTIONS
Royal Automobile Club, St. James'sLondon, SW1Y 5HS
Saturday 6th November 2021 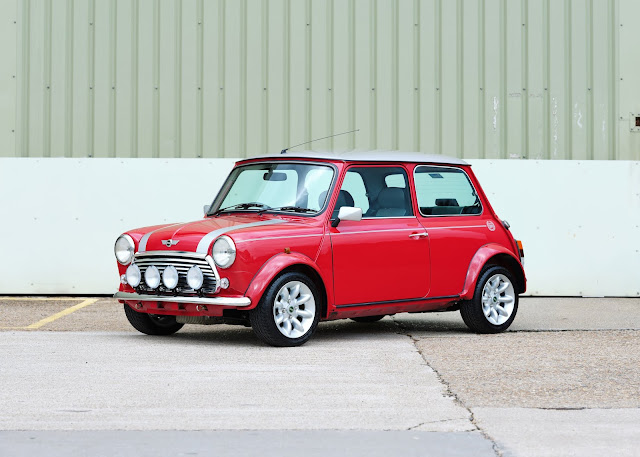 2001 ROVER MINI COOPER SPORT 500
Chassis No: SAXXNPAZE1D188264
Guide Price: £30,000-£40,000
[Offered Without Reserve
Please note this car is titled as 2000. Furthermore, RM Sotheby's have applied for a dating letter for this car in order to assist with the registration, however, this process may take a few weeks.
□ TEMPORARY IMPORT (UK)

Following Rover’s decision to end the “Classic” range of Minis, the manufacturer decided to offer the British market a limited-edition Mini Cooper Sport 500. Production was limited to just 500 cars, and the offering and was billed as the last chance to purchase Alec Issigonis’ classic Mini design, with the newer BMW-made Mini soon to break cover. These models were manufactured in 2000 and based on the Mini Classic Cooper Sport, but featured various extras.

All Cooper Sport 500s were powered by the four-cylinder, 1.2-litre engine that was rated at 62 horsepower. They could be painted in one of four optional colours: Tahiti Blue, Anthracite, British Racing Green, or Solar Red. All models came with 13-inch alloy wheels with a Platinum Silver roof and bonnet stripes. Included as special extras in these models were a high-level brake light, four spot lamps, a certificate, and a plaque inside the glove box. Inside all Cooper Sport 500s, the seats, door cards, steering wheel and dashboard were upholstered in black and silver leather. The interior fittings for this model were alloy instead of the standard plastic and included an alloy gear knob, window winders, dashboard, door pulls, and door handles.

This example is finished in Solar Red with a Platinum Silver roof, is believed to be one of only 110 produced this colour combination. It was registered on 3 May 2001 and purchased new by its sole owner via Caffyns of East Sussex, England. A copy of the original sales invoice will accompany the vehicle. Inside, the seats are upholstered in black and silver leather, the carpets are trimmed in black, and the car retains the original alloy fittings. Having been kept on display at the Cayman Islands Motor Museum until recently, this example bears just six miles on its odometer at time of cataloguing.

This Cooper Sport 500 is accompanied by the owner’s handbook, European directory, service portfolio and in-car entertainment booklet, all stored in the factory leather folder. It presents a wonderful opportunity to purchase a one-owner-from-new model with only “delivery miles”. 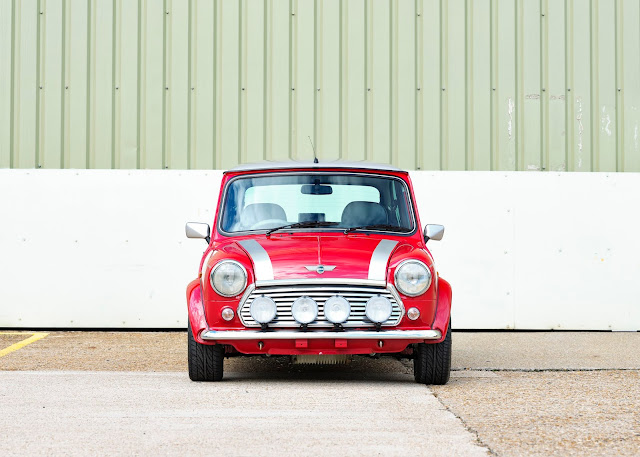 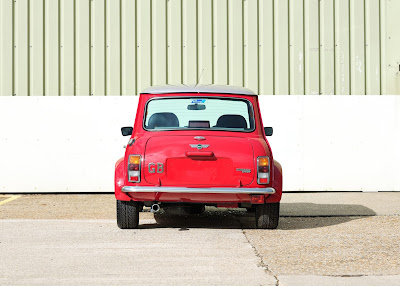 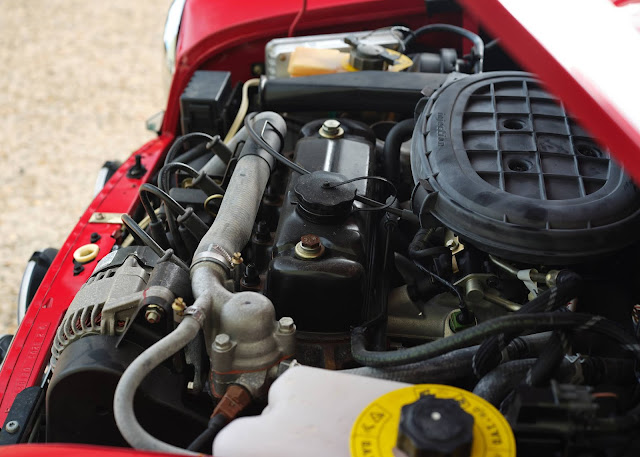 Posted by jeffharris at 12:52 No comments: 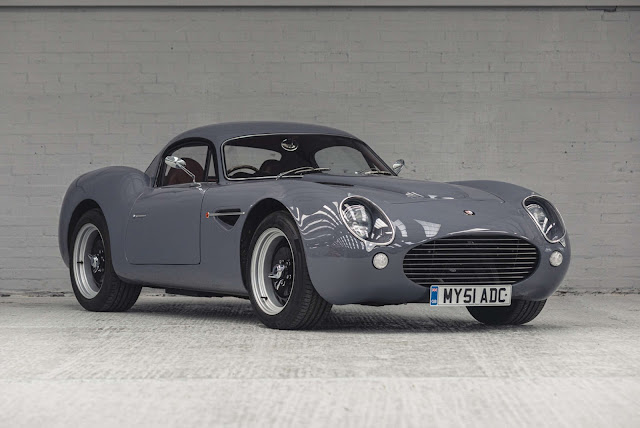 A special opportunity to acquire this remarkable one-off designed by Ant Anstead and his team at Dowsetts Classic Cars. 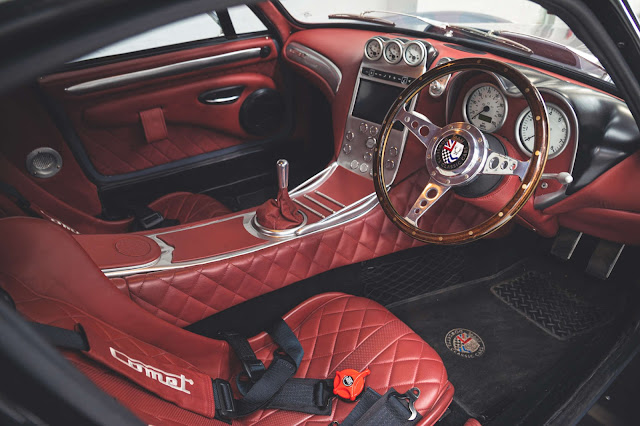 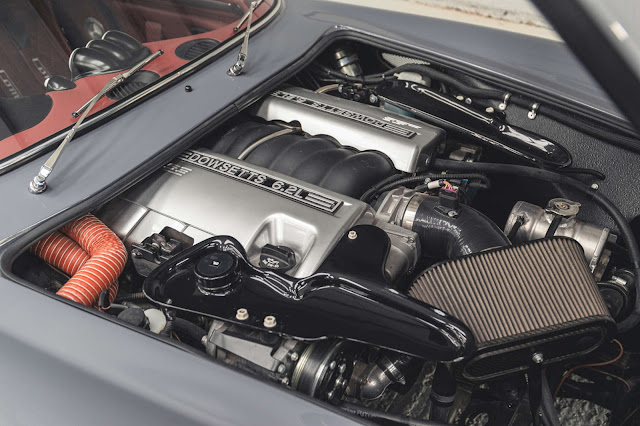 Here at Silverstone Auctions, we are pleased to have been able to help Ant Anstead and his passionate team at Evanta bring some of their fabulous fifties and sixties Aston Martin re-creations to the market. Evanta has recently morphed into the Dowsetts Classic Car Company and now stands proudly on its own design ethos building unique sports and GT cars, whilst still capturing the essence of the 1950s and ‘60s.

Their current project is the Comet which, like other Dowsett models, is built around a bespoke steel spaceframe chassis. This is then clothed in GRP reinforced with Kevlar to create a shell which is strong yet light and, importantly, is suitable for limited production runs where tooling might otherwise be prohibitive. That said, it’s not a simple process, taking over 50 different mould tools to make the panels for a single Comet.

The car’s shape is unique, in the proper sense of the word, but most viewers familiar with classic cars will identify references and styling cues that could well have come from legendary sports cars of the period, however, that was not intentional. Dowsetts’ Darren Collins comments “There are bound to be certain similarities. If you’re taking inspiration from a particular era, there are only so many ways in which it can be done. We’ve created something new, but there are clear nods to the era it evokes.”

The second production car, Comet 02, on offer here from its first owner, is powered by a General Motors LS3 V8, coupled to a Tremec 5-speed gearbox and a limited-slip differential. It's finished in Porsche Crayon Grey, not an obvious choice for an evocative 6-litre fifties-style sports car but in execution, truly successful and it sits on a set of alloy wheels that, like everything else about this remarkable car, are Dowsetts-designed. Clad in red quilted leather, the car's interior reflects this same design philosophy and every nook and cranny appears to have been thought about and created to be special, and it is. Full harnesses, white-faced dials, a Moto-Lita wheel, turned aluminium stubby short-throw gear lever, satin-finished stainless details and embossed leather.

These cars are totally bespoke and whilst one owner may prefer a hard-edged Mille Miglia-style sports racer with no creature comforts, the buyer of ‘02’ planned on using the car regularly so spec'd it with air-conditioning, Sat-Nav, a radio and a reversing-camera. He was only able to enjoy some 2,500 miles in 02 before a recent back injury makes driving it really difficult. He has asked us to include a few words.

“As I explained I got involved with Ant Anstead over four years ago and on visiting his workshop spotted the Barchetta (open top early version of the Comet) and fell in love with it. Ant had by then started work on the Comet and I agreed to buy number two – the first having already been purchased off plan by another client and is now in America with Ant who is trying to fit an electric motor in it so mine is still the only road going Comet in the world!

The car is basically the dream car of Ant, mixing an Aston Martin front with a Ferrari back and some Lotus in the middle. Constructed much like the original AC Cobras squeezing a huge 6.2-litre Chevy engine into a bespoke, hand-built lightweight body. I spent many happy hours up at the workshop watching the car come together and worked with Ant and his team to specify some of the “luxury” additions not previously planned for the car (air conditioning, radio, sat.nav. and reverse camera) Ant looking to focus more on the performance and the track cred aspects of the car which I am pleased to say he achieved and then some! I have some personal photos of the build process for anyone interested and Dowsetts can provide more.

I took delivery of the car after it had finished full road testing back in December 2018 but shortly after I injured my back requiring surgery. My back is now okay but I find the Comet too low and with a fixed seat I just cannot get comfortable and so have come to the difficult and sad decision to sell the car and let someone else enjoy it.”

The Comet will be available for viewing prior to our NEC sale and we strongly urge interested parties to come and have a close look at this remarkable motor car. 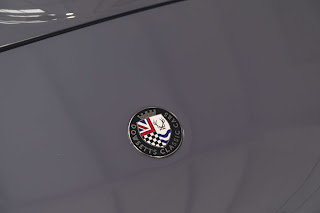 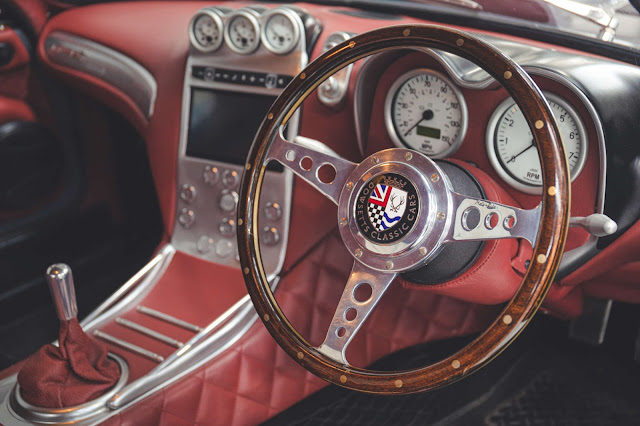 Posted by jeffharris at 19:55 No comments: