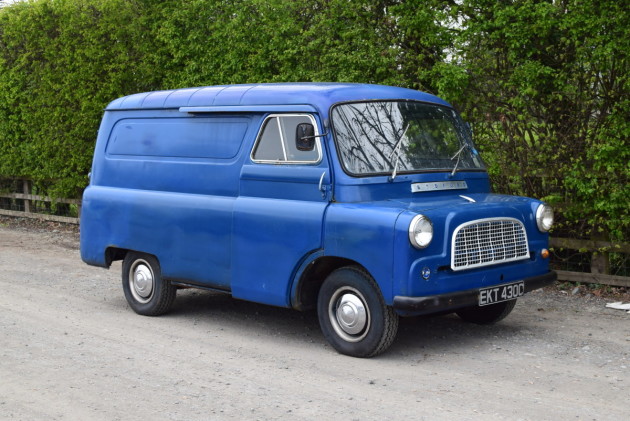 
Some vans manage to transcend their utilitarian origins and become national automotive treasures – the Bedford CA van is one of them and this 1965 example is an almost ideal example.
It is not perfect, but then –as some of you will point out - they were like that from new. It does, however, start first time and drives but would not pass an MOT without some work- and even though it does not need an MOT, the sensible new owner would be wise to check it over thoroughly as it has not been used for some time (the last MOT was in 2006).
EKT 430C has 52,863 recorded miles on the clock but whether that is the first time around or not is open to debate. However, most vans tend to live a hard life so the figure could be seen as encouraging whichever way you look at it.
This Bedford would make an ideal promotional vehicle for the small or boutique business – flower deliveries, hipster coffee companies or for those thinking of going into the retro bank robbery business.
The van could stand a little primping (and good ones do command high prices) but its slightly down at heel charm does have a certain appeal and it looks like a very solid place to start. 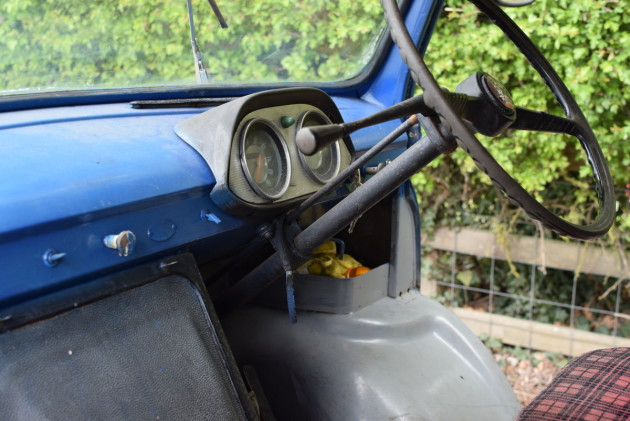 CLASSIC CHATTER
Powered by Dragons
Posted by jeffharris at 18:38 No comments: 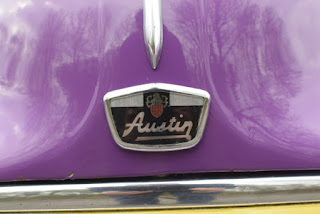 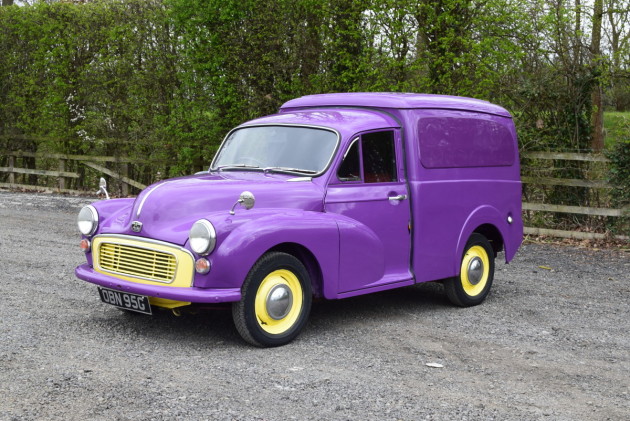 To most eyes, this Austin 6 cwt van looks remarkably like a Morris 1000. In what must be the most overt piece of badge engineering to take place at BLMC, the Morris simply had its badges changed and the straight bar grille replaced by a wavy 'Austin' version.
This fact however cannot detract from the brilliance of the original design and even as late as 1969 when this one was produced, it was still a popular commercial vehicle. Morris Minor pick-ups and vans are relatively rare due to the hard-graft they were subjected to, so this re-badged Austin version is even more so.
Purchased by the vendor’s late husband in 2015, it has had a fair amount of expenditure over the last few years. The most obvious deviation from original is its distinctive paint scheme - not perhaps to everyone’s taste, but it certainly stands out which is maybe the point – it would make an excellent promotional vehicle.
Other than the paintwork, the vendor fitted a new screen and seals, new quarter lights, glovebox trim and fittings. A brake servo was added in 2016 and a new indicator switch and tank sender unit were also fitted. It has covered very few miles between recent MOTs, its current test expiring in June 2019 although it is of course exempt from such things.
The paperwork includes a current V5C and we would like to point out that it is a genuine factory supplied van, and not a traveller with a replacement glass fibre rear.
With prices of good vans well exceeding five figures these days, this looks excellent value and will certainly ensure its new owner stands out from the crowd. 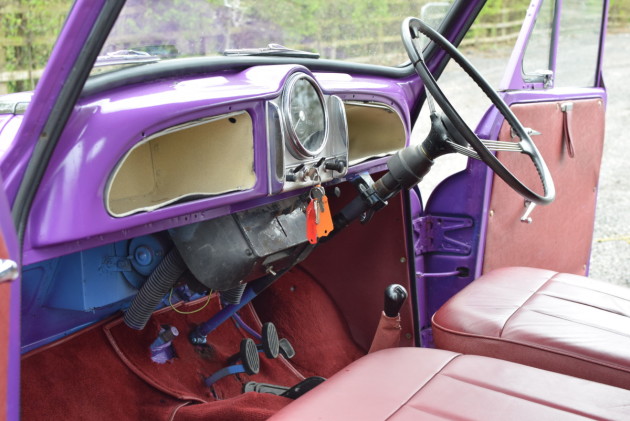 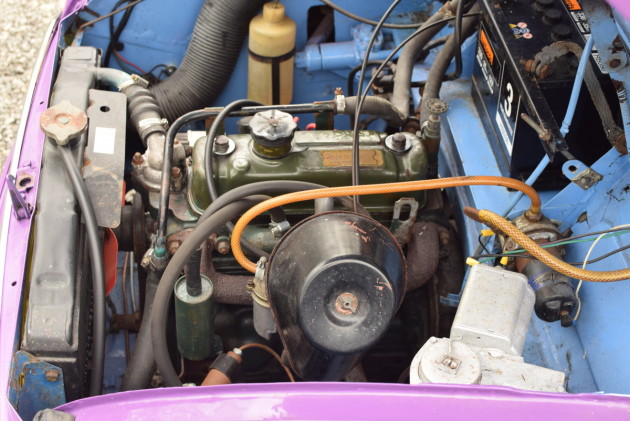 CLASSIC CHATTER
Powered by Dragons
Posted by jeffharris at 18:01 No comments: 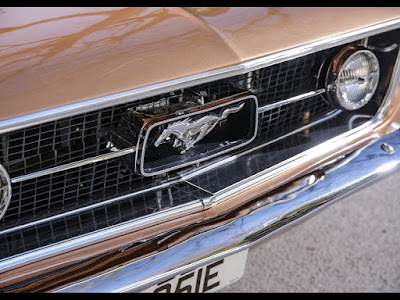 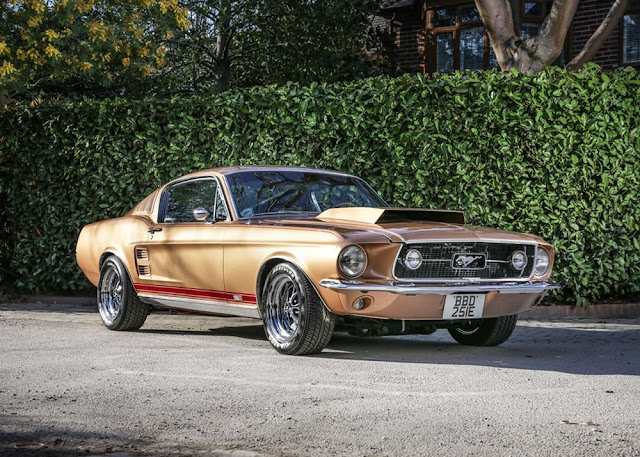 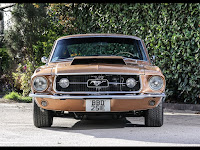 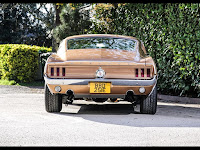 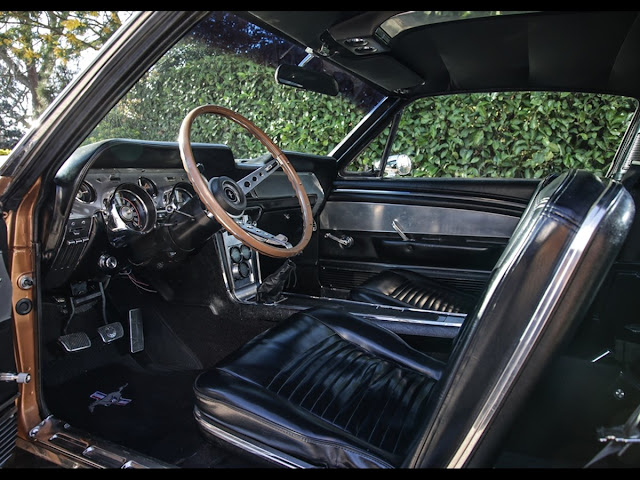 The original restoration of this Fastback took place across the pond in the USA; a standard Mustang GT was acquired before an extensive restoration took place. The owner was meticulous and had a very specific idea of what he wanted. It underwent a full nut and bolt rebuild before being painted in rare Ford Burnt Amber (Code B). It was also specified to have the correct factory ribbed back panel, an option only available in 1967 as well as, very unusually, a tilt option for the steering wheel. The engine was originally an A-Code unit but was then upgraded to K-Code specification. This refers to a durable, lightweight ‘Hi-Po’ 289c.I, V8 and featured special equipment to make an official rating of 271bhp. Uprated cylinder heads, camshaft, air intake, distributor and carburettors were also included. Until 1967, it was the top engine option available to a Mustang. It was then sold by muscle car specialists, MyRod.com in Texas who described the bodywork as 'laser straight' and went on to make a film about it; https://myrod.com/cars/1967-mustang-gta-fastback-12j/
Now, this is where the story really gets interesting, using this already immaculate canvas, BRD 2518 has now been taken to the next level. Externally, aside from the impressively large bonnet scoop, the car looks the same as it did back in the USA. However, inside that gleaming engine bay, almost every single element has been upgraded. Most notably to the engine of course but also the transmission, suspension, brakes and even the fuel tank. The entirety of these extensive works have been documented, photographed and collated.
The heart of this leviathan is a 5.7 litre, 550bhp (dyno’d) with supercharger. The pace and power of this car are unlike anything you will find in any classic car, or a modern car come to that. The fully custom built exhaust pipe has an active switch, disengaging the full system and passing the exhaust (almost) straight from the engine block. The ‘loud’ button, you could say. Suspension, brakes and drivetrain match the power output, as you would expect. All additional parts were sourced from the USA with only the highest quality acceptable.

(Please note – we have been informed by mechanics that the componentry used combined with the strength of this particular engine allows for additional tuning up to 700bhp).


An enormous amount of work has been performed on the car over the years costing in excess of £90,000 (all receipts included in file). As is evident from this total, literally no expense was spared over the course of this restoration. The majority of which, completed by HR Owen Lamborghini (lead mechanic had a passion for American muscle when not working on Lamborghinis and Bugatti’s) with additional work completed by Cotswold Classic Car Restorations and then by highly respected, Bill Sheppard’s Mustang. This is one of the most extreme Mustangs ever offered for sale at a fraction of what it cost to buy, import or build.
If you want to make an entrance, look no further… 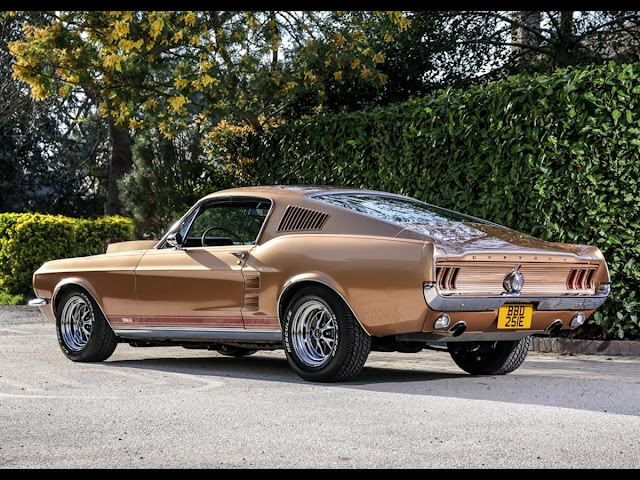 CLASSIC CHATTER
Powered by Dragons
Posted by jeffharris at 13:26 No comments: 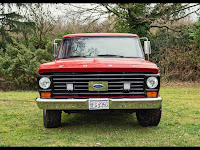 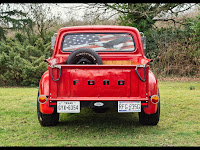 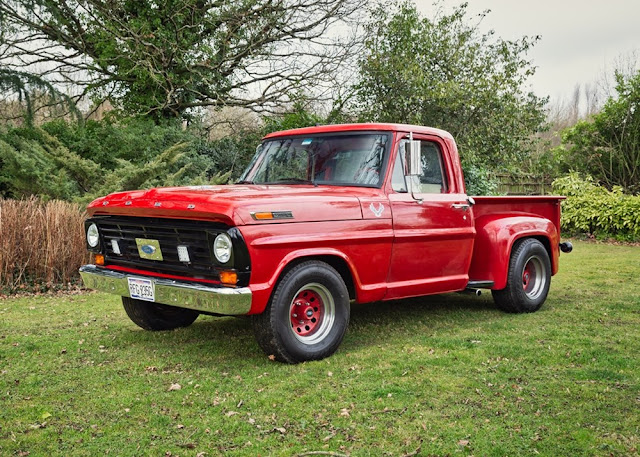 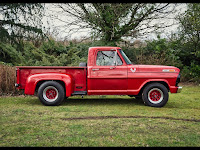 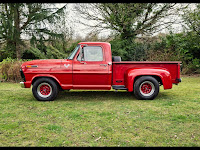 The Ford F-Series is a series of light-duty trucks and medium-duty trucks that have been marketed and manufactured since 1948, the F-Series includes full-size pick-up trucks, chassis cab trucks, and commercial vehicles. Introduced in 1967, the fifth generation F-Series Pick-up was built on the same platform as the 1965 revision of the fourth generation. Dimensions and greenhouse glass were increased, engine options expanded and plusher trim levels became available during the fifth generation's production run. Suspension components from all 1969 F-Series models are completely interchangeable. A variant of the fifth generation F-Series was produced until 1992 in Brazil for the South American market.

This fabulous looking vehicle was imported from Lewisville, Texas in 2017 and has undergone a painstaking restoration and rebuild whilst in the present owners' tenure. This restoration was thorough and took craftsmen ten months to complete. It was stripped to its basic components with all body sections removed. The chassis and bodywork are solid and corrosion free according to the vendor. Although the truck is registered as a Historic Vehicle and is MoT exempt, it has an MoT test certificate with no advisories. This wonderful truck has covered a mere 3000 miles since its rebuild and has been at several shows, featuring in the Horsham Americana show in September 2018 which is an extremely well-attended event. Powered by a Ford 5.9 litre V8 engine which is mated to a three-speed manual gearbox, the sound of which is amazing when heard via its twin new exhausts mounted to each side of the vehicle. Special paint was sourced and mixed in Claret Red, which was intentionally made one shade lower than Ferrari Red. All body parts were painted before re-assembly, several coats of sealer paint were applied and hand rubbed down with care, then several coats of the red colour coat were applied and again hand rubbed down between each coat. No less than five coats of lacquer were then applied with a specially mixed gold flake metal mix. The finish is mirror gloss that catches sunlight highlighting the gold metal flakes. Contained within the history file is a comprehensive list of what was done to this fantastic truck and we would strongly recommend a read of this. 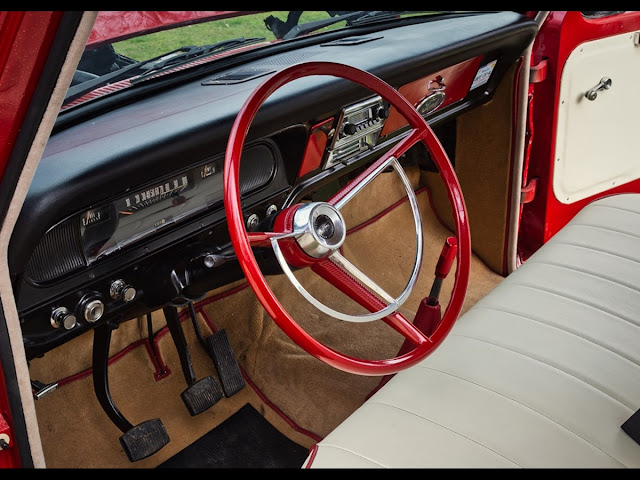 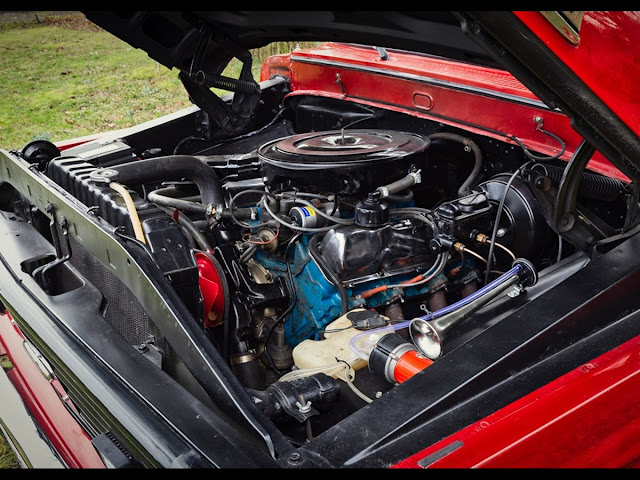 CLASSIC CHATTER
Powered by Dragons
Posted by jeffharris at 12:21 No comments: