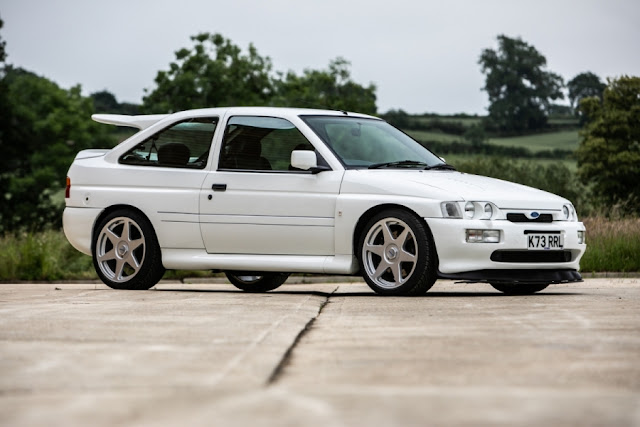 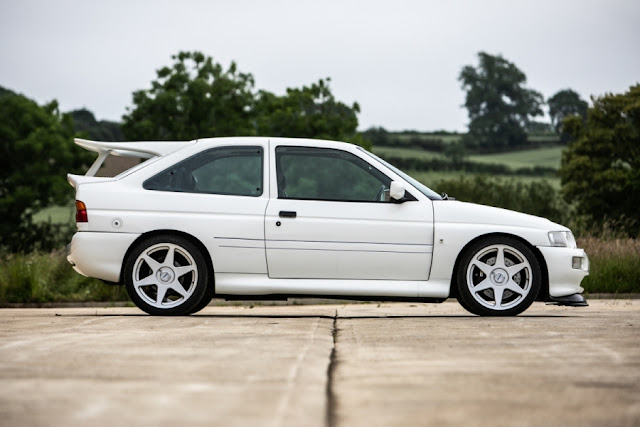 Low number ownership and only 26,000 miles
Original wheels on OE fit Pirelli P Zero’s
Ford Motorsport Diamond White
Pristine black leather LUX interior
The Ford Escort RS Cosworth proved a worthy successor to its legendary 1980's Sierra namesake. Just like the Lancia Integrale and Subaru Impreza, this was a 'Group A' rally car for the road - pure and simple. It was actually underpinned by a shortened version of the Sierra Cosworth RS Cosworth's platform and powered by the same 2.0-litre turbocharged, longitudinally-mounted, Cosworth-developed engine driving all four wheels. The car was designed and engineered in Boreham, styled by noted designer Stephen Harper, and ended up being assembled by Karmann in Germany.
At the car's launch in 1994, two models were available, the Club-spec standard car at £21,380 and the Lux version, which included electric windows, heated screen, sunroof, and Recaro seats. Power was up slightly from the Sierra RS Cosworth, at 227bhp, and performance consequently improved.
Offered here is an early production Escort RS Cosworth that has only covered 26,000 miles from new. It was delivered new to a Mr Michael Lanes by Fosters of Truro Cornwall and was one of the first 'Lux' models delivered in the UK. In 1997, it was sold into the family of the well-known Lotus Cortina Centre in the West Country in 1997 where it remained before being sold to a family friend, making this effectively just a three-owner car. The V5c shows just two owners.
Above the Lux specification of sunroof and leather interior, this fine RS comes with an additional set of Borbet wheels which were a period option. The original wheels are in great condition with original Pirelli P 'Zero' tyres. It has the Monte Carlo-style front headlight treatment, a replacement alloy header tank, and the exhaust is stainless.
Finished in Ford Motorsport Diamond White with a beautiful black interior, this low mileage RS needs to be shown or just driven and, considering its low ownership, low mileage, and fabulous condition is available at a very sensible guide 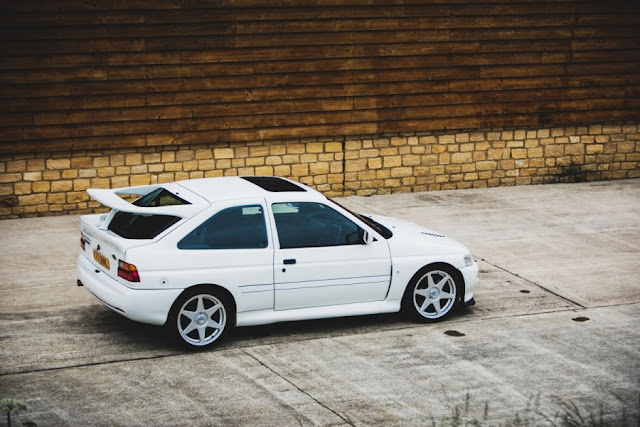