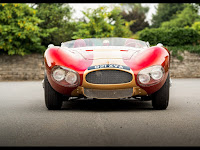 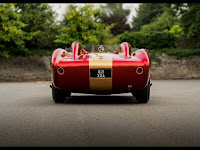 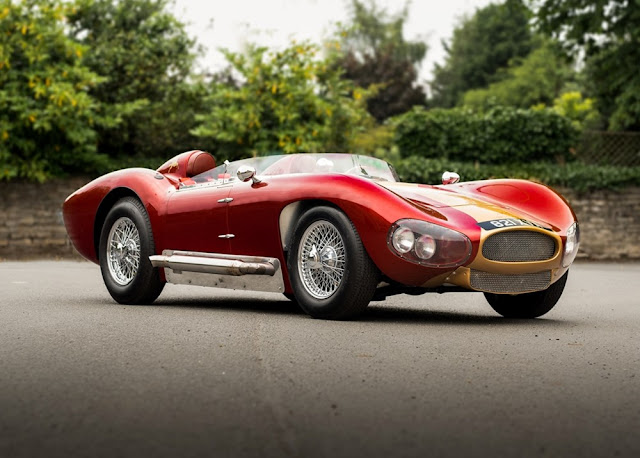 1959 BOCAR XP-5
The Bocars were produced by Bob Carnes during the late 1950s and early 1960s in Colorado. Bob was from Colorado and was an aeronautic engineer who took up sports car racing in the early 1950s. The vehicles were available in both kit or assembled form. The vehicles were intended for track use and competition but they could also be driven on the road. No two examples were alike, with each built to the needs of the owner and most were fitted with Chevrolet engines. Carnes entrance into the racing sport occurred in 1953 when he raced a Glockler Porsche Spyder in hill climb competition and road races. The following year he piloted a Jaguar XK120 to an impressive third-place finish at Pikes Peak. Within a few years, he was modifying automobiles to feed his need for speed. He transplanted a Cadillac engine into a Jaguar and dubbed it a 'Jagillac.' In his capable hands, he won the 1956 Buffalo Bill Hillclimb. In 1957, he began work on a car of his own design. Bocar's early cars were named the XP-1 through XP-4. In early 1959, Carnes introduced the Bocar XP-5. In similar fashion to the preceding cars, the XP-5 had a space-frame design constructed with high-strength Chromoly steel with a torsion bar suspension (similar to a Porsche 356). Braking was handled by Buick drum brakes. Power was supplied from a 283CI Corvette V8 which was placed far behind the front axle to help with weight distribution. Since there was no passenger, the engine was laterally offset slightly toward the passenger's side to counterbalance the weight of the driver. The fibreglass roadster body was equally impressive and had a similar aerodynamic design to the Maserati, Devin, and Byers sports racer. The Bocar XP-5 was a capable competitor, with factory advertising promoting the car as the first 160mph car available. The Bocar days of racing came to an abrupt end, not due to competition, however, but by a fire that destroyed Carnes' fabrication shop in 1962. He made claims of building 30 plus Bocars during 1959, but historians estimate a lot less examples of the XP-5 were produced or indeed survive in total.

The present owner purchased this fabulous sports car about two years ago with the intention to race it, however, a crash in a different sports car at an event last year, halted these aspirations! This striking example with brutish good looks is presented in dark metallic red with a gold stripe running from front to rear and has a diamond stitched brown leather interior. These cars were bespoke and generally built to order, the fact that this particular car has two head pods is neither here nor there as the second pod was a factory option which carried a cost of a mere $25 to install! It was built to the specification of the original road-going version, although the body has been widened by a couple of inches at the rear to accommodate slightly larger wheels. Its power plant is a modified 283 Chevrolet with twin Carter carburettors, mated to a GM T-10 four-speed gearbox. The front and rear suspension are modified Porsche 356 with a Morris 1000 steering rack. The rear axle is a modified nine-inch with 3.5:1 differential allowing for a top speed of 180mph at 6000rpm (not guaranteed or tried, however) and it also has a fully plumbed in fire extinguisher system. The brakes are four-pot callipers discs to the front and Buick Alfin drums to the rear. The wheels are Jaguar chrome spokes with Dunlop racing tyres. The dash has Stewart Warner instruments and the seats have FIA seat belts fitted. The other non-standard addition to the car is a removable roll cage and two extra rails have been fitted to the chassis below the doors to stiffen the chassis sills and to give a little more side protection. To the front, an additional air intake grille has been added. These are rare sports cars indeed and with the last example fetching in excess of $400,000 in the USA with race history. Exhilarating performance and head-turning looks, this is not for the faint-hearted. 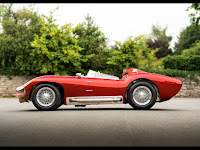 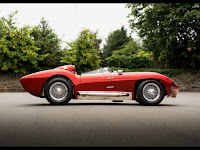 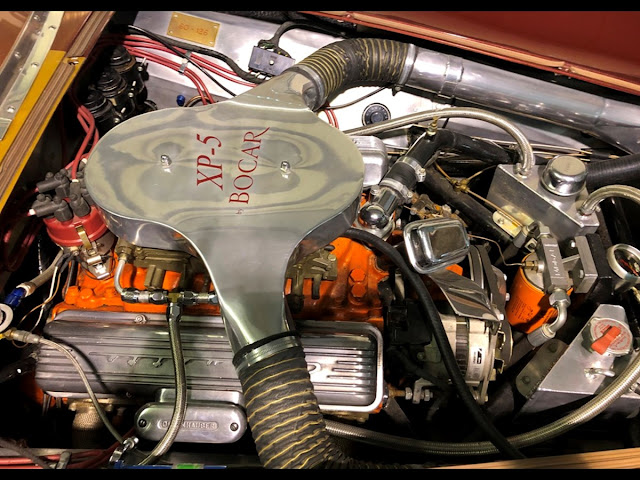 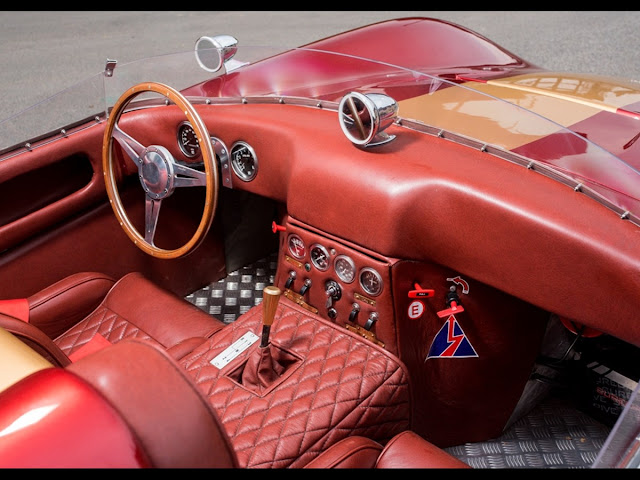