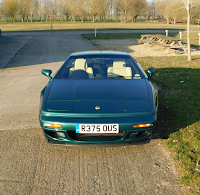 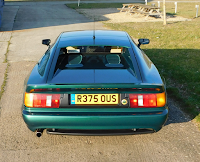 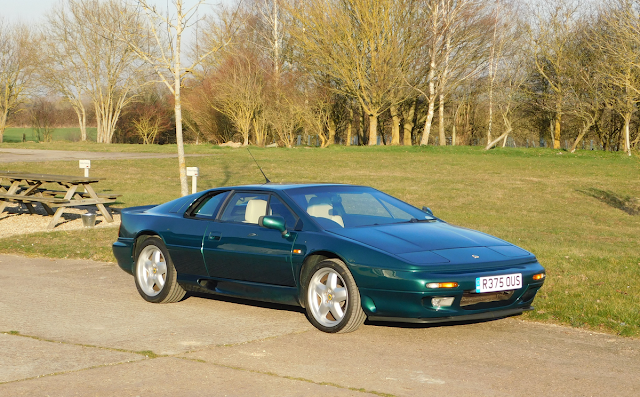 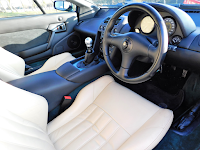 The futuristic-looking Giorgetto Giugiaro-styled Lotus Esprit began production back in 1976 and was developed throughout its lifetime spawning more and more accomplished versions. Beginning with the S1 which had a starring role in the James Bond film, 'The Spy Who Loved Me', the S2 followed in 1978 including minor styling changes and a version sporting a turbocharger pumping out 210 bhp. The S3 saw a subtle remodelling of the bodywork and an increase in engine size and development of the turbo resulted in more torque being extracted. 1987 saw significant changes with Peter Stevens given the task of bringing the styling up to date with the introduction of the X180 S4. By 1989 the turbocharged 901S was producing 264 bhp with the introduction of an air-water-air intercooler and K-Jetronic multi-point fuel injection. In 1993 the final iteration of the long-lived Esprit was introduced (S4) with refreshed styling by Julian Thomson. A significant change took place with the addition of an all-new V8 engine in 1996. Running alongside was the turbocharged GT3, being the last Esprit produced with a four-cylinder engine, offering performance not far off the V8, with 243 bhp, a 0-60 time of 4.8 seconds, and significant savings of both purchase price and running costs compared with its stablemate.
Registered on 27/02/98, this GT3, finished in Metallic Lotus Green, has only covered 33,000 miles. The interior is bright, smartly presented and airy with optional magnolia leather, factory-fitted air conditioning and shows little sign of ageing. The exterior is similarly well cared for with lustrous paintwork and unmarked alloy wheels.
The service record contains eight stamps documenting attention at the following intervals,
Village Garage (Aberdeen) Ltd. 1,443 miles, 6,856 miles, 11,080 miles, 14,118 miles
Carden Motor Company, Aberdeen. 22,431 miles, 24,687 miles, 28,433 miles,
Murray Motor Company 30,642 miles (including cambelts)
The well cared for, one owner, GT3 is presented with a history file containing a selection of MOTs and receipts. Kept in dry storage, alongside a small selection of other classic cars, our vendor finds more of his time is now spent abroad and is, therefore, thinning out his United Kingdom collection.
With Lotus Esprit V8 prices significantly higher, the rare GT3 would appear to be rather good value. 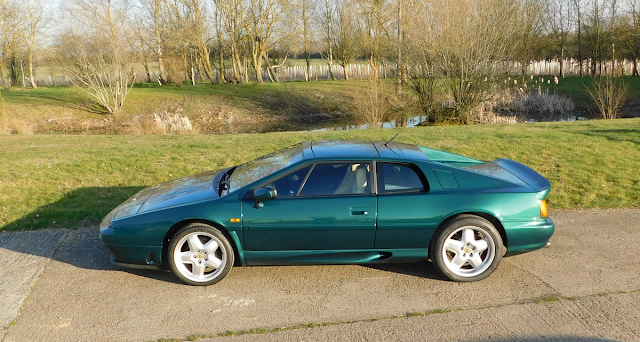 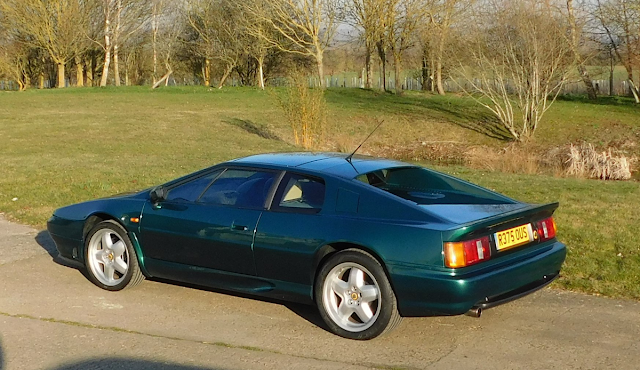 CLASSIC CHATTER
Powered by Dragons
Posted by jeffharris at 13:12