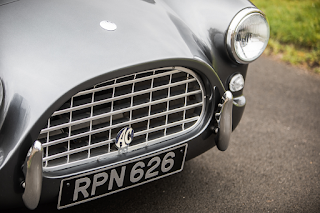 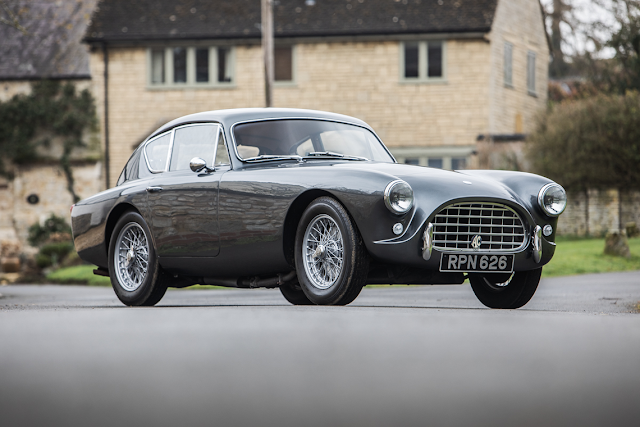 Following WWII and in an effort to modernise their lineup, AC was keen to replace the trusty Weller-designed, overhead cam, six-cylinder, two-litre 85bhp engine, which was first used in 1919. The company met John Tojeiro, chassis engineer and racing car designer, and an existing tried and tested the design of his (Cliff Davis' little sports-racer) was purchased and modified for road use. The new model, named the Ace, used a strong 76-mm tubular ladder frame chassis with transverse leaf and wishbone independent suspension front and rear but for the time being, retained AC's own venerable, 2.0-litre, long-stroke six. The light aluminium bodywork bore more than a passing resemblance to Ferrari's pretty 166 Barchetta, however, the car's styling was right up to date, and incredibly handsome if somewhat derivative. Announced in 1953, deliveries of the first 85-bhp Ace from Thames Ditton were not available until April 1954. The Motor magazine claimed 0-60 mph in 11.4 seconds and 103 mph with 25.3 mpg. A total of 223 AC-engined Aces were built, weighing in at 1,685 lbs and carrying an initial price tag of £1,439.


The AC Aceca, a three-door and very sleek fastback, was previewed in 1954 becoming one of the very first hatchbacks along with the new 1953 Aston Martin DB2/4. Deliveries were delayed until January 1955, and eventually, only 151 AC-engined Acecas were built. Unlike the Ace, the Aceca had wood-framed doors, was slightly heavier at 1,840 lbs, and to reduce noise levels within the cabin, AC mounted all major components on rubber bushes. The performance was respectable, if not outstanding, but the combination of a fine-handling chassis, lightweight, and classic good looks resulted in a desirable GT in the best AC tradition.
According to the AC Aceca Registrar, 'AE743' is a UK delivered, right-hand drive AC Aceca originally ordered in Mist Green (one of only six ever finished in that colour) with a green leather interior. The engine is the original six-cylinder AC unit (CLB2431W7) fitted from new. Our private vendor has owned 'RPN 626' for the past seven years, having purchased it, fully restored, from a Mr Humphries in 2012 and the V5 shows only three owners prior to him.
According to correspondence in the history file, Mr Humphries bought this Aceca to restore with the intention of making it "the best in the world". At the time of his purchase, he owned three garages in and around Bath and he tasked one of his long-standing technicians with the responsibility of returning RPN 626 to its very best. However, all major works requiring specialist skills were contracted out to various experts in the marque including Spencer Lane-Jones, TT Workshop, Rod Briggs, Hurley Engine Services, and David Nightingale.

A brief summary of the detail of the restoration is below:


The results of this long-term attention by talented people are remarkable and the car's post-restoration freshness has been retained during our vendors seven years caring ownership. Indeed, at the time of writing, the car has been sent to a local specialist to make sure that it's on the button and ready to go for the auction in May.
In conclusion, this AC Aceca seems to tick all the boxes in terms of usability and rarity and Silverstone Auctions are proud to offer this stunning example to the open market for the first time in many years. Accompanied by the aforementioned history file, including its instruction manual, this is a rare and desirable motor car and represents exceptional value for money. 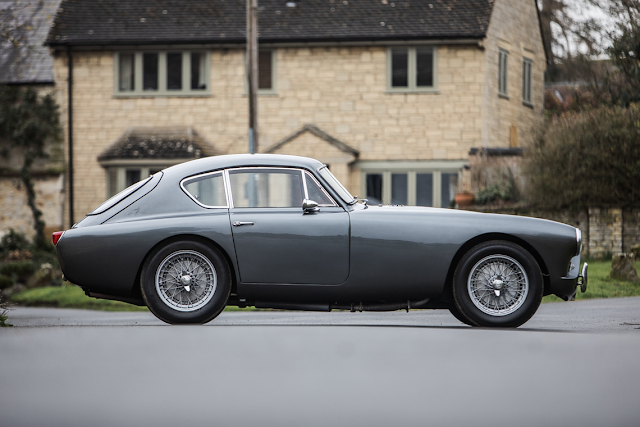 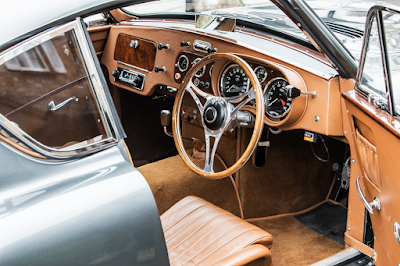 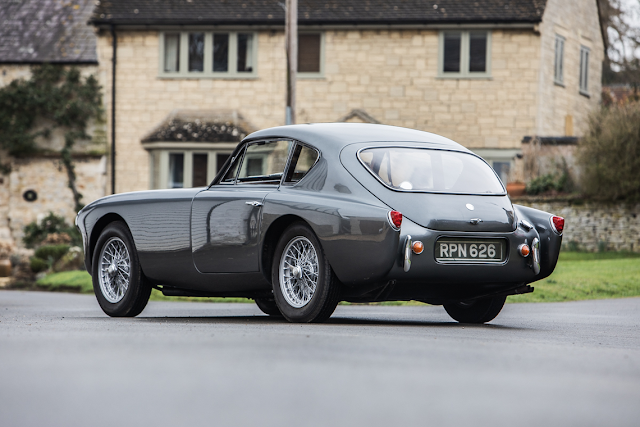 CLASSIC CHATTER
Powered by Dragons
Posted by jeffharris at 16:36