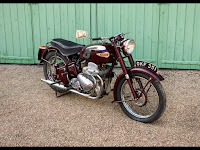 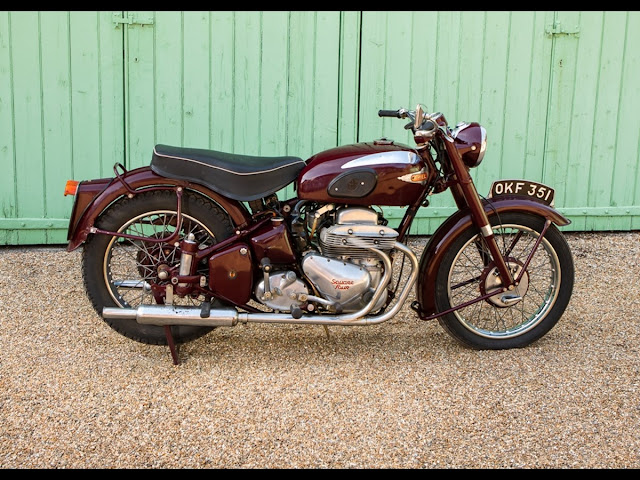 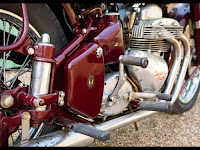 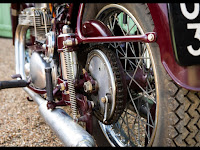 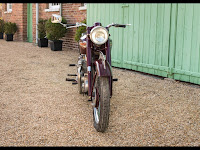 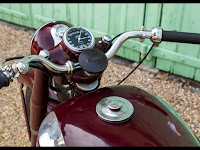 During its 68 years of production, beginning in 1902, Ariel was one of the leading innovators in British motorcycling. One of their milestone bikes was the Ariel Square Four, designed in 1928 by Edward Turner. Turner, at this time, was looking for work and showed drawings of his engine design to various motorcycle manufacturers. The engine was essentially a pair of 'across frame' OHC parallel twins joined by their geared central flywheels with one four-cylinder monobloc and one cylinder head. The idea was rejected by BSA, who later purchased Ariel in 1944, but was adopted by Ariel and the model became the Ariel Square Four. Turner's innovative four-cylinder engine continued in various updated versions until 1959, when the production of all Ariel four-stroke models ceased. In 1949 the Ariel Square Four Mk. I saw the cast iron cylinder head and barrel replaced by alloy head and barrel. This saved about 13.5kg in weight. The 1949 machine weighed around 197kg dry, produced 26kW at 5500rpm and was capable of 145km/h-plus.
This lovely and extremely rare motorcycle, which has been in the ownership of the seller’s late father for the last 40 years is presented in maroon with a black seat and white piping. Presented in nice condition, this certainly is a highly sought after model and would grace any private collection or indeed a museum, such is the quality and rarity. 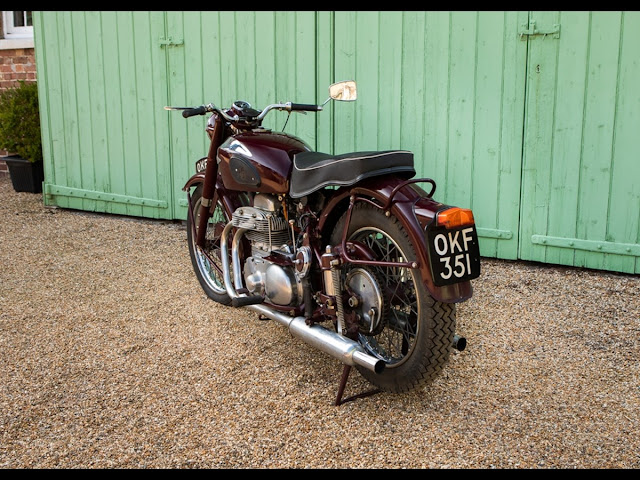 CLASSIC CHATTER
Powered by Dragons
Posted by jeffharris at 13:08