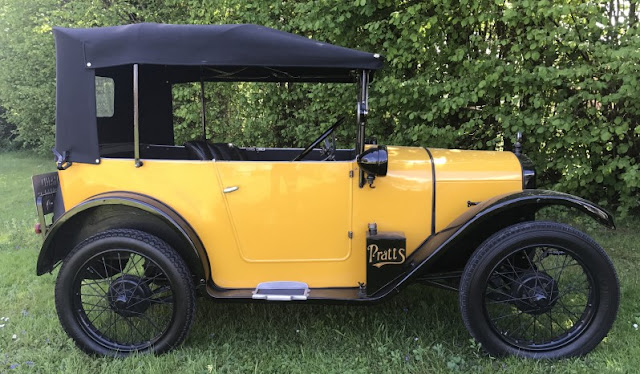 
Car no. A9 - 6949
Introduced in 1922, as Austin realised its previous one-model policy was not going to work, the Seven, along with the larger 12, saved Austin and made them into one of the main forces in the British motor industry. It nearly didn’t happen though - Austin’s background consisted almost entirely of large cars, and the proposed new model met with such resistance from the board that Herbert Austin, whose idea the car was, had to personally finance much of the project. This decision was vindicated as, after a disappointing first year in which only 2,500 7s were sold, the car went on to sell nearly 300,000 in a 17-year production run. Over 30 different body styles were offered during its life, but the 747cc engine remained throughout. This chummy is said to be in good condition throughout. Nothing is known of the car\'s early history up to 1959 and it was presumed laid up until 1962. From then until 2011 the car had at least seven different owners. The car starts and runs well and it will certainly give a great deal of pleasure to its new owner. It is offered here with a V5c, an old buff logbook, a selection of old MOTs, various bills and correspondence. 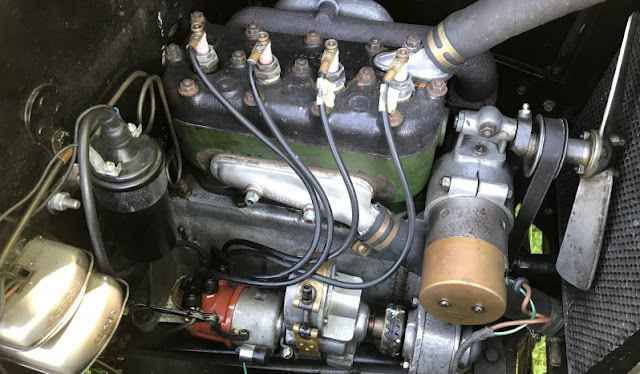 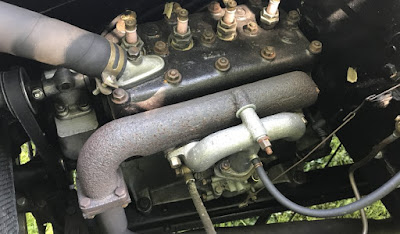 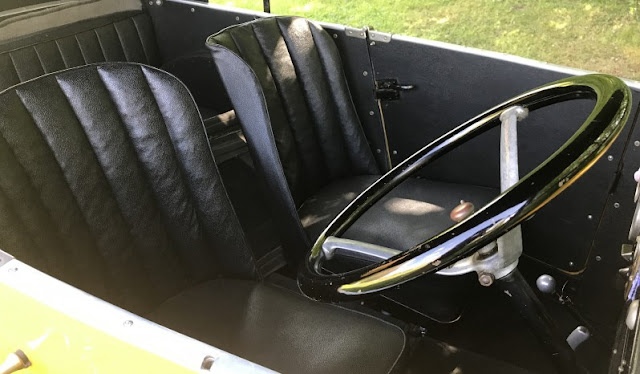 CLASSIC CHATTER
Powered by Dragons
Posted by jeffharris at 21:02