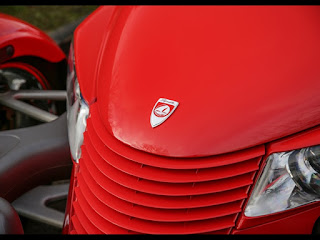 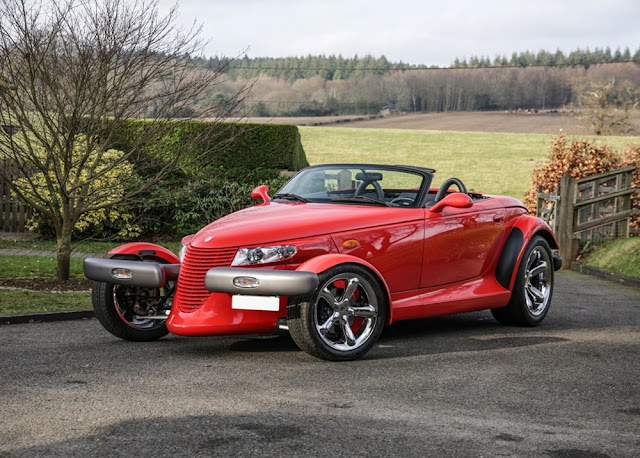 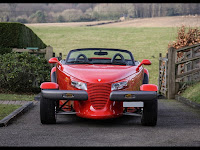 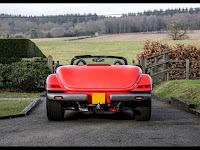 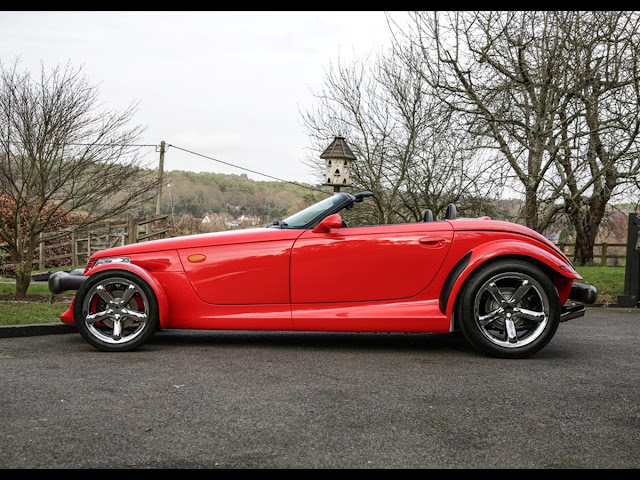 The design of the Prowler was said to have been inspired after Chrysler engineers were given free reign to create whatever they wanted in a ‘hot rod’ or ‘Sportster’ type vehicle. One of the most striking design features of the Prowler is the open, Indy racer style front wheels. Although he is officially un-accredited, car designer Chip Foose's Chrysler sponsored a senior project car at Pasadena's ArtCenter College of Design, which he dubbed the ‘Hemisfear’ and evolved into the Prowler. While criticized for featuring a V6, the engine produced nearly as much torque as a V8. Prowler's lightweight translated into very impressive performance figures, including off-the-line acceleration. The car prominently featured aluminium in its construction, chiefly in the chassis. In many cases, the components were adhesively bonded. The body was produced in Shadyside, Ohio, and the car was assembled by hand at the Conner Avenue Assembly Plant in Detroit, Michigan.
This particular example was manufactured in 1999 and first registered in the UK in 2015. The mileage of 1,304 is warranted and the condition is certainly commensurate of such a low mileage example, she really is like brand new. Described by the vendor as being great to drive, this Plymouth Prowler is finished in stunning red, with contrasting black leather trim. Automatic transmission contributes towards making this the ultimate alfresco cruising machine. The car is supplied with a matching Plymouth trailer, car cover and the original launch CD ‘Story of Prowler’. A V5C registration document and a current MoT test certificate valid until February 2021 also accompany this Plymouth together with the original book pack, a full set of keys and the original Certificate of Title. 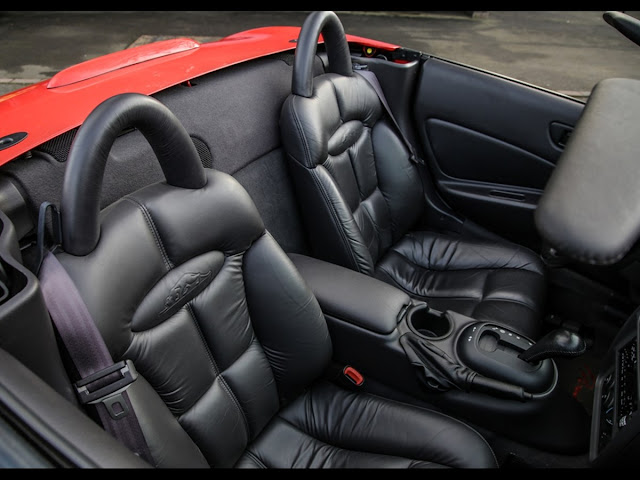 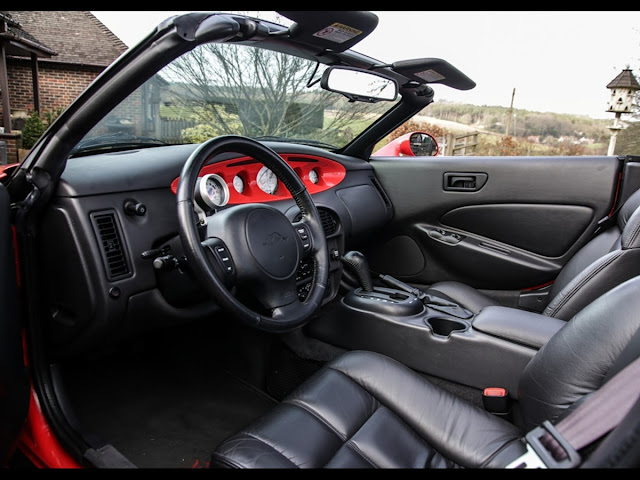 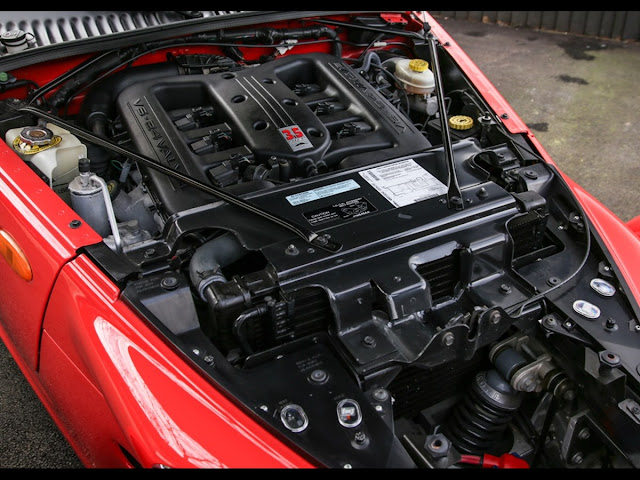 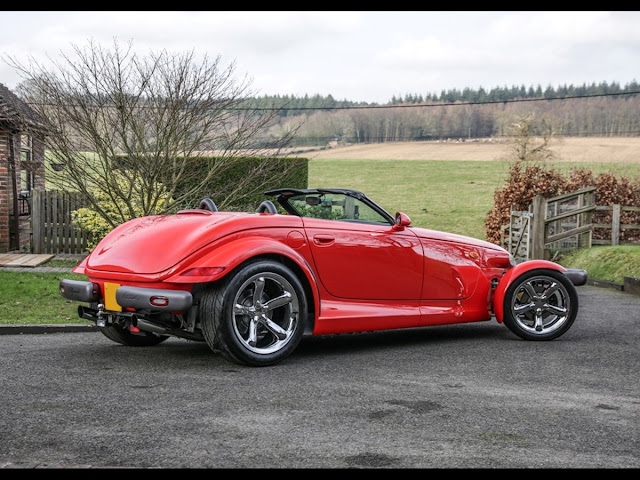