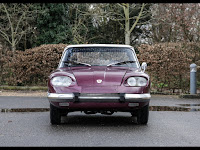 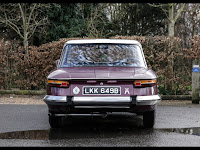 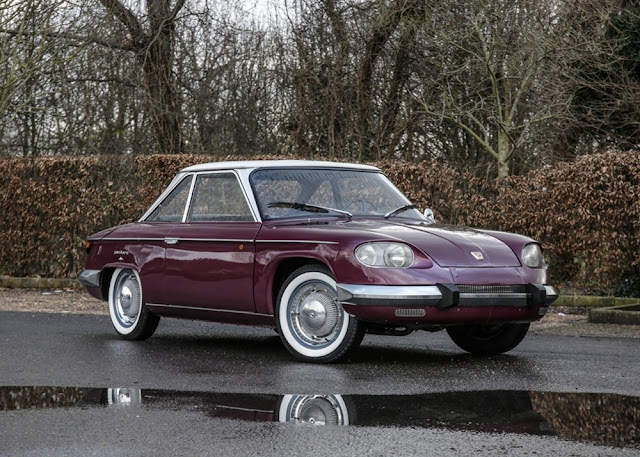 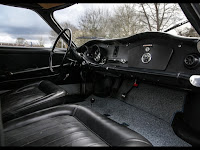 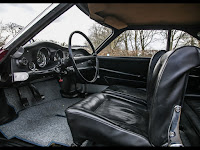 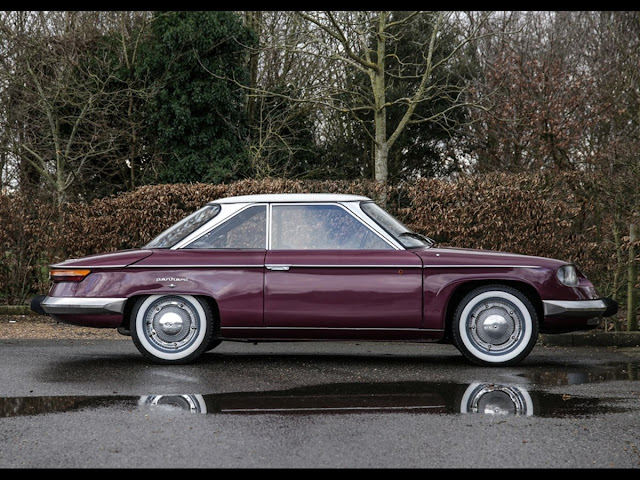 Panhard was among the earliest automobile producers and, by some criteria, the first volume car producer in the world, back in 1890. The Panhard 24 is a compact two-door coupé produced between 1964 and 1967 by the French manufacturer. It was powered by a front-mounted air-cooled two-cylinder boxer motor: the basic design of this unconventional engine dated back to the 1940s. Also familiar from a succession of post-war Panhard saloons was the four-speed all-synchromesh gearbox and the front-wheel-drive configuration. The wheels were independently suspended with telescopic shock absorbers and a torsion bar for the rear axle. Although the 24 had no Panhard badged successor, a number of the features of the Citroën GS which appeared (after an unusually long gestation period) in 1970 respected Panhard traditions. The Panhard 24 may be thought of as the swan song of Panhard car production.
This Panhard is in lefthand drive format and is finished in burgundy with black interior. Now UK registered and supplied with a V5C registration document, this quirky little French car is attractive, fun and will surely create some interest when driven, when was the last time you saw one on the road? Quite a sound example, we are advised she starts, runs and drives thus meaning the car can be enjoyed immediately. 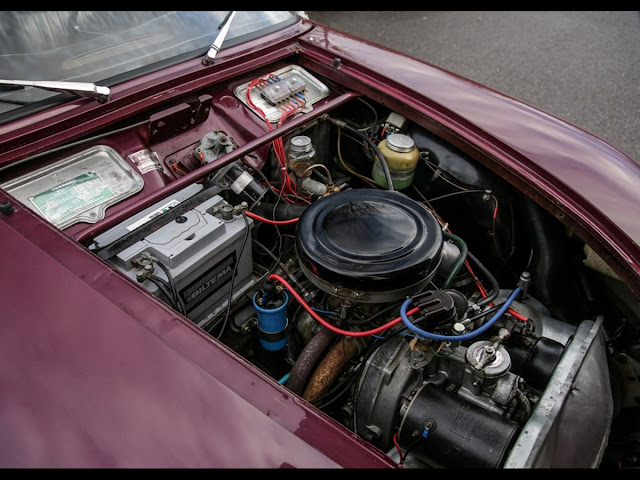 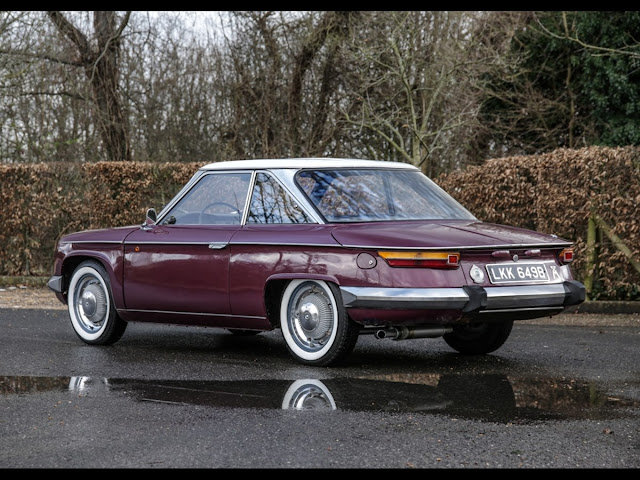