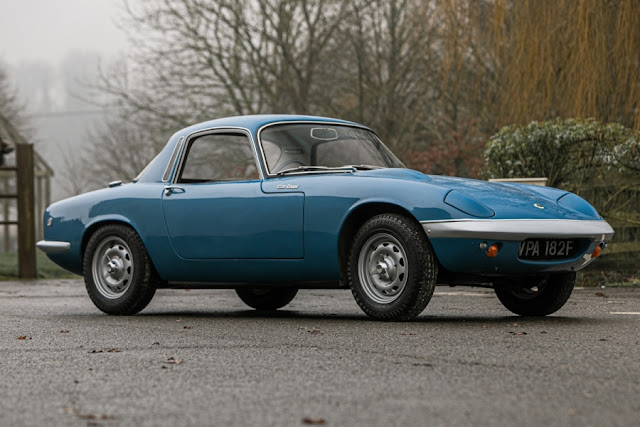 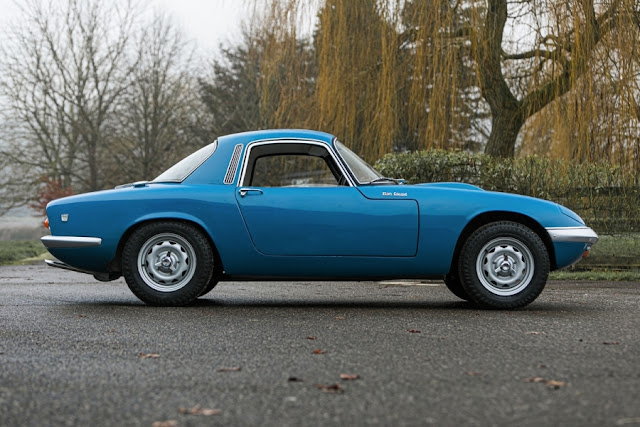 The Series 3 Fixed Head Coupe arrived in 1965 and, in line with Lotus' intention to move upmarket and justify an increase in prices, fit and finish had been improved over the earlier Elans and the Coupe sported a considerably smarter dashboard. The new S3 further benefited from revised windows with frames to reduce cabin noise and of course, the windows were now electrically operated. Powerful, light in weight and endowed with exceptional handling, the Elan proved an immense commercial success for Lotus, slightly fewer than 9,000 being produced by the time production ceased in 1973.
This S3 was purchased new by a Mr David Penney of Dorking as a kit from Lotus agent, Gemini Cars, and built by the engineers at Walker Racing. After circa 19,850 miles had been covered, the car was placed in heated storage, remaining there for 30-or-so years before being re-commissioned around 2002. The tyres, brakes, shock absorbers, exhaust system and suspension donuts were replaced at this time. Mr Penney subsequently sold the Elan in 2005 through the Bonhams Beaulieu auction where it was acquired by its second owner and added to his large collection of British cars. Prior to that sale, it had benefitted from a light refresh including the carburettors, brake callipers, master cylinder, clutch reservoir, flexible hoses, and front suspension bushes. Some ten years later in 2015, the Elan was acquired by our vendor and once again appears to have been used lightly, now with an indicated mileage of 19,934 (atoc). Later knock-on drilled wheels and a metal-sprayed exhaust system are the only listed modifications from factory specification.  It remains smartly finished in Lotus French Blue with a black interior and bronze carpets and is supplied with its purchase invoice, and all bills for subsequent work, the owners' handbook, and a very short list of owners.


Quite rightly, the Lotus Elan is today regarded as one of the finest British sports cars of all time and the S3 Coupe is arguably the most beautiful of all the early Elans. It seems to us that this little Lotus has been asleep too long and is now ready for the next chapter in its life 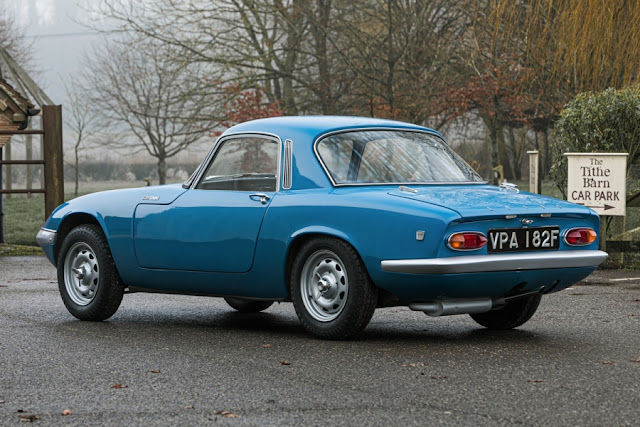 CLASSIC CHATTER
Powered By Dragons
Posted by jeffharris at 16:18