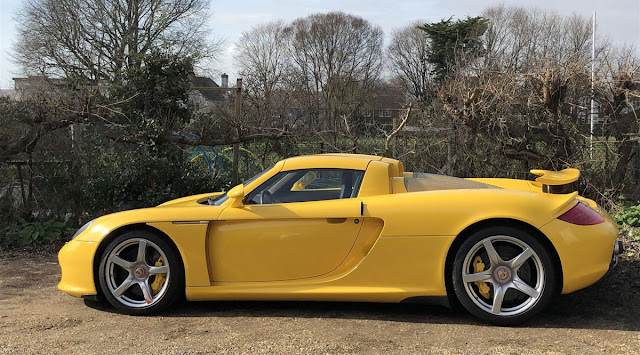 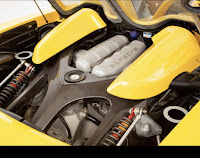 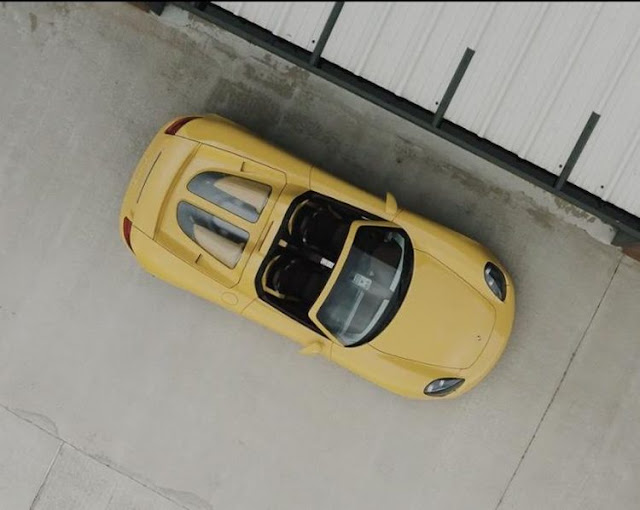 The Carrera GT proved to enthusiasts in the early 21st century that Porsche had not lost its way and was still very much capable of producing a world-class winning hypercar. Utilizing the very best technologies available to develop the chassis and drivetrain, the Carrera GT stood up against the likes of the Ferrari Enzo and the Mercedes-Benz SLR McLaren. Unlike Ferrari and Mercedes-Benz, Porsche chose to fit the CGT with a six-speed manual transaxle mated to a unique multi-plate carbon ceramic clutch, making it a true driver’s car.
As close as one can get to a race car for the road, the Carrera GT offers motorsport-inspired thrills for those brave enough to slide behind the wheel. Truly a thrill to drive in every aspect, this is a car best enjoyed on the open road and will certainly reward drivers talented enough to command and control the stunning performance that it provides.
The story of Porsche’s Carrera GT starts five years before the first production model left Porsche’s facilities in Leipzig, Germany. Porsche sought to develop a new Le Mans prototype to replace the venerable GT1, which was powered by a 5.5-litre V10 engine. However, a change in FIA rules quickly shelved their racing plans while the model was in development, but Porsche remained undeterred and continued forward with plans to make the platform suitable for road use. To attract attention to their stand at the Paris Motor Show in 2000, Porsche displayed a road-going concept of the car alongside their other production models.
Combined with the amount of attention that the concept received, along with additional revenue from the Cayenne, Porsche decided to go ahead and produce the car. The Carrera GT was first offered for sale in 2004, alongside the Ferrari Enzo, Ford GT, and Mercedes-Benz SLR McLaren, and it more than held its own in what proved to be an incredible year for supercars.
The materials that went into the construction of the Carrera GT were simply that of an engineer’s dream. By utilising a carbon fibre monocoque and subframe, as well as carbon-ceramic brakes, Porsche’s engineers pushed the envelope of what was mechanically possible in order to offer a car that was as light as it was strong.
Porsche also designed a three-disc carbon fibre racing clutch for the car, which measured 7.5 inches in diameter and was about a third of the size of a normal clutch. Similar attention to detail was applied to nearly every facet of the car. The ultra-lightweight forged magnesium wheels had centre-locking bolts that were colour-coded for each side of the car, ensuring that wrong bolts were never put on the incorrect side of the car.
At the heart of the Carrera GT lies a monstrous 5.7-litre V10 engine, the first V10 produced for use in a Porsche. The performance was incredible, with 605 horsepower and 435 foot-pounds of torque. The Carrera GT could rocket from 0–60 mph in 3.6 seconds, towards a top speed of 205 mph. The Carrera GT truly showed its racing roots when one, piloted by Walter Rohrl, lapped the July 2004 Nürburgring Nordschleife in 7:28, a record for a Porsche, which was not broken until the release of the 911 GT2 RS in 2010.
Slip into the Carrera GT’s carbon fibre bucket seats and it is clear that Porsche’s engineers did not limit the car’s track-focused nature to just the exterior and mechanical components. Every surface within reach is either leather, aluminium, or carbon fibre, and nothing in the car, minus the requisite stereo with CD player and air conditioning, distracts the driver from the task at hand. Everything else in the cockpit is typically Porsche, from the instrument layout with the tachometer in the centre, to the left-hand placement of the ignition.
Porsche topped the gearstick, which was mated to a six-speed manual transmission, with a knob made of walnut, tying an organic link from past models into their technological tour de force, thereby showing that their most powerful creation to date indeed had a soul. By the time production ceased, 1,270 examples had been built.
Finished in Speed Yellow with an Ascot brown leather interior, this stunning example was specified new with GT Bucket Seats, Leather Steering Wheel, Beechwood Gear Lever, Seatbelts in Deviating Colour (Yellow), Interior Stitching in Deviating Colour (Yellow), Traction Control, Air conditioning, Porsche Online Pro CD Radio, and Electric Windows.
This CGT is very well presented throughout, having benefited from a recent major engine-out service at Porsche Reading at a cost of c. £10,000, in addition to further work with specialist Parr Motorsport. With 27,000 miles recorded, accompanied by the correct service records, two keys, book pack and bills for works completed, this is a great example of one of Porsche’s finest supercars of all time.
Note: Interested parties should note that this Lot is subject to VAT at the prevailing local rate 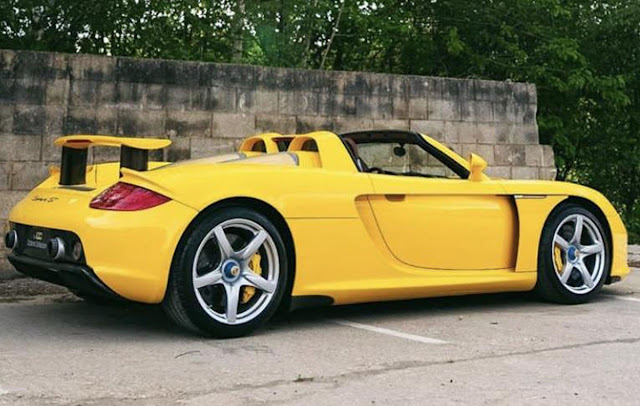