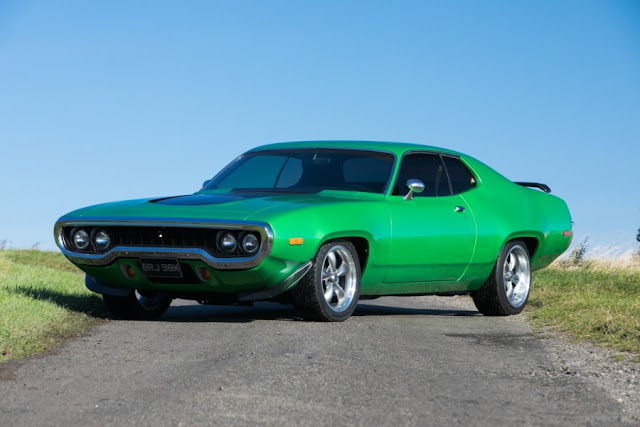 It wasn’t until the late 1960s, with a line of cars that won NASCAR races, that the Plymouth brand became synonymous with American muscle cars. Slotting between the Satellite and the Belvedere, the Road Runner was introduced in 1968 as a light, fast, sparingly optioned model.  A $50,000 payment to Warner Brothers gave Plymouth the right to brand the car with the eponymous bird from the Looney Tunes cartoons which, hopefully, the Wile E Coyote’s of the world in their Mustangs and Camaros would never be able to catch.
The range expanded to a 440 cubic inch V8 by the early 70s leading to a dramatic restyling in 1971 that featured more rounded ‘fuselage’ styling. There was more focus on the ride and handling thanks to a shorter overall length combined with a longer wheelbase, staggered rear leaf springs and a beefier rear roll bar. Plymouth’s increasing interest in motor racing as a means to promote sales took the form of the works-supported Hemi-powered 1971 Road Runner that took Richard Petty to multiple NASCAR victories at the Daytona 500 and Winston Cup Championship. During the 1970s and 1980s, few production Road Runners survived the combination of cowboy boots, a 440 Hemi and NASCAR and Budweiser inspired demonstrations of skill, consequently they are rare today.
Despite the success of the Road Runner and it’s near mythological status, few replicas of the model have been 'retro-modded' for today’s burgeoning market. When California Classic Imports brought this car to these shores in 2005 it was swiftly snapped up with its 440 7.2-litre V8 engine mated to a 727 automatic transmission. Our vendor, a passionate collector of American muscle cars, bought the car in 2010 when it joined his collection. Collecting and showing classic cars is a great hobby (we would say that!) but owning a business that specialises in commercial re-spraying of cars is a perfect combination of the two. So, in 2010, our vendor chose to utilise his very own spray booth to re-paint the car in Synergy Green, an updated Chevrolet colour that suits the car well.
They also treated the car to a re-trim of the interior, complemented by the factory options of a rally dashboard, bucket seats and ‘slapstick’ console shifter. The car was then treated to a mean set of 17" and 18" American Racing ‘Torque-Thrust’ alloys. Our vendor, and his equally passionate wife, proudly displayed the car at numerous shows over the years, exhibiting not just the car but advertising their business’ skill at painting. In January 2017 a family friend finally persuaded them to sell but, such was their affection for the car, that they bought it back in September 2017. Regretfully offered to auction to fund a building project, the car is presented for sale with some 86,500 miles on the odometer and a history file that includes invoices, old MOTs and two toy versions of Wile E. Coyote and his arch-nemesis, Road Runner. 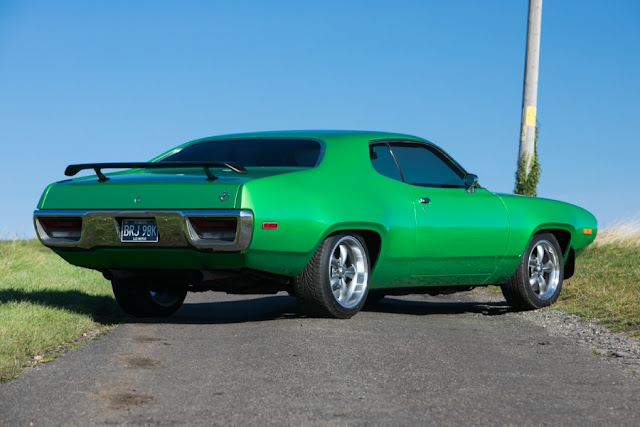 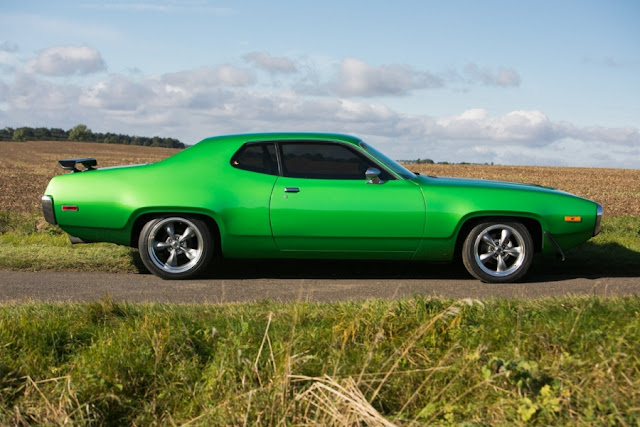