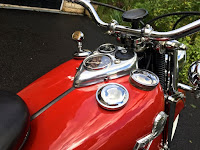 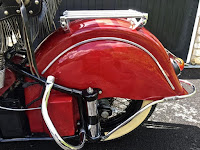 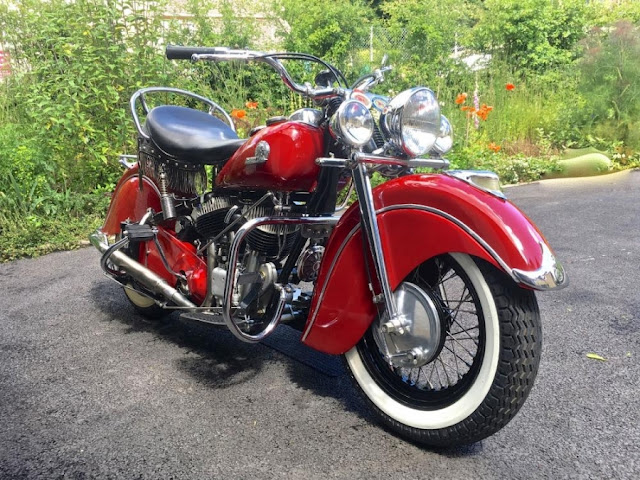 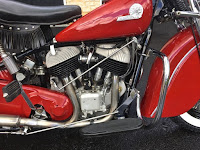 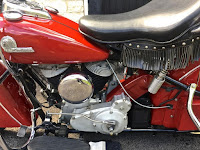 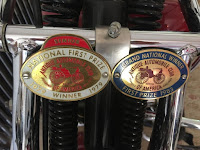 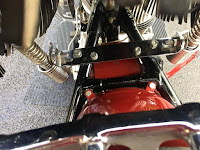 The now-legendary V-twin 1946 Indian Chief motorcycle emerged as Indian's flagship model after World War II, and the popular design relegated the American company's four-cylinder and smaller V-twin models to history. The engine remained a 74 cubic inch flathead and the tank graphics were unchanged. The biggest change was the introduction of girder-style forks adapted from Indian's radical 841 model that had been designed for desert use by the U.S. military during the war. These new forks provided a full five inches of wheel travel versus the meagre two inches allowed by the previous leaf-spring design. Though the rear still featured the same plunger-type suspension, spring rates were softened. These changes resulted in an even smoother ride than before, a notable selling feature of the postwar models.  As always, Indian Red was the most popular colour choice.
This 1946 Indian Chief was purchased from its original owner at Barrie automotive flea market in Ontario, Canada, by the late Samuel H.High III. Samuel was well regarded in the motorcycle community winning numerous awards on the show circuit with this Indian Chief and there are two plaques mounted on the bike, Senior National first prize and the ultimate Grand National winner. However, after 30 happy years, the time had come to part with his beloved Indian and it was offered for sale at Hershey in 2003. In the owner's file, there is a document signed by Samuel transferring ownership to the next keeper.
Those lucky buyers were Tony along with his close friend Tim who was listed as the registered keeper. Tony owned one of the best tooling companies in Canada and had a dream of taking the ‘46 Indian across Canada "from coast to coast", so a no expense spared, the full mechanical rebuild was undertaken. All the best parts were used including; a King clutch, electronic ignition (hidden inside the original distributor), all new bearings and bushings, a rebuilt speedo, four-speed transmission (a period option), rebuilt Bonneville carb and more. During these works no paintwork was undertaken, however, it still looks stunning to this day.
Sadly, Tony became unwell and was not able to fulfil his dream of the Coast to Coast ride, although the bike remains trip ready. As a result, the bike was returned to Tim and there it remained in the lounge (where else?) of his beautiful home in Niagara Falls for nearly ten years. Started regularly, the bike has only covered 100 miles since the mechanical works were undertaken.
This is a stunning, matching numbers, Indian and amazingly still has its original panniers purchased from the main dealer in 1946. It's supplied with a large history file, its title document and a NOVA reference number ready to begin the UK registration process. Unrestored but still in show-winning condition, Samuel H.High III's famous Indian Chief is ready for its next adventure. 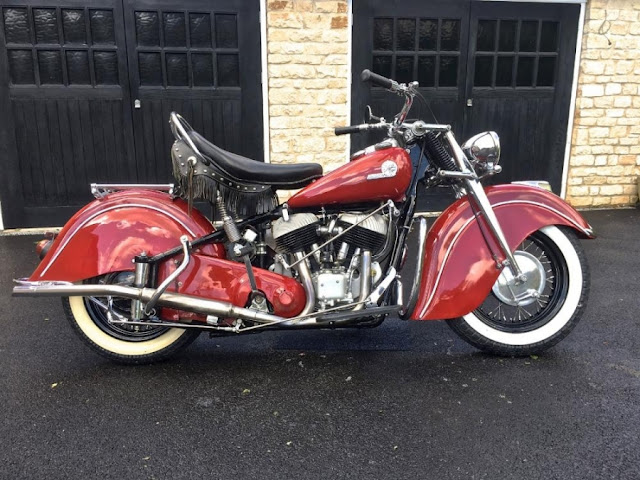 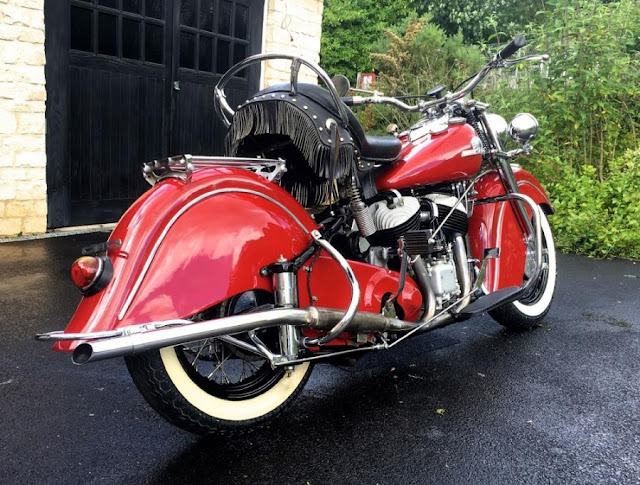 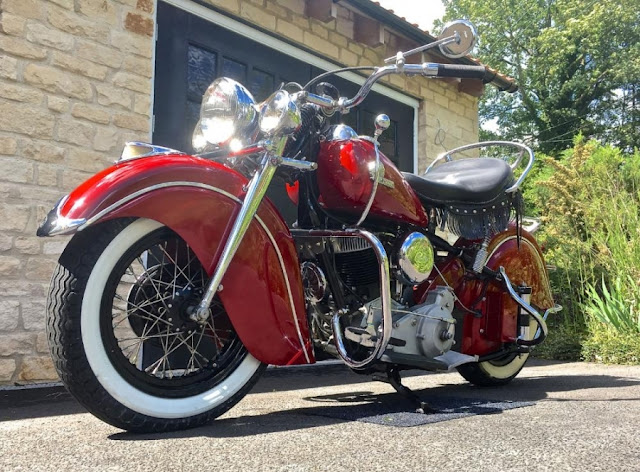