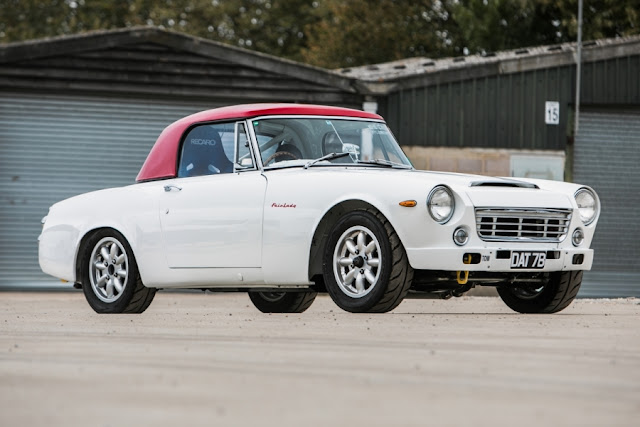 This example was imported into the UK in 2011 by a private collector who is the team principal of a highly regarded UK-based Nissan racing team who have built and raced numerous successful cars over the last two decades in International Touring Cars, Dakar Rally, Rally Raid and GT racing. The decision was taken to have the car totally stripped and rebuilt from the ground up to be road legal but with competition in mind. All components were removed, the shell stripped and repainted by Normandale of Daventry and the engine was rebuilt and race-tuned by Nissan engine specialists, International Engine Services in Essex. The complete car was then re-assembled by the in-house team of specialist race engineers including an FIA roll cage and custom side-exit sports exhaust. Since the build was completed, the car has taken part in the Kop Hill Climb, and just one sprint race at Goodwood and remains in fine shape and on-the-button. Finished in gleaming white with a smart red soft top, the little Datsun presents very well as you might expect having so recently been professionally rebuilt, and we understand that it performs as well as it looks and turns heads at any event or on the journey there and back.
The owner’s file contains a letter from NISMO (the in-house tuning, motorsports and performance division of Nissan) confirming a build date pre-May 1965, JAF/FIA Homologation papers, the current V5c, old MOT's, owners handbook, import documents and various invoices. Also accompanying the car is the original cast manifold that would be required for a current FIA HTP application.
Rarely seen on British roads, and an even rarer sight on British racing circuits, this cool Japanese Sportster, with some slight modifications could bag you a place on the grid at some very prestigious events, or perhaps just enjoy it as it is. Often described as a Japanese copy of the MGB but that couldn’t be further from the truth. In point of fact, the Datsun pre-dated the introduction of the MGB by several months, and any styling similarities are coincidental, a great conversation starter at any classic car meeting, hill climb or sprint event. 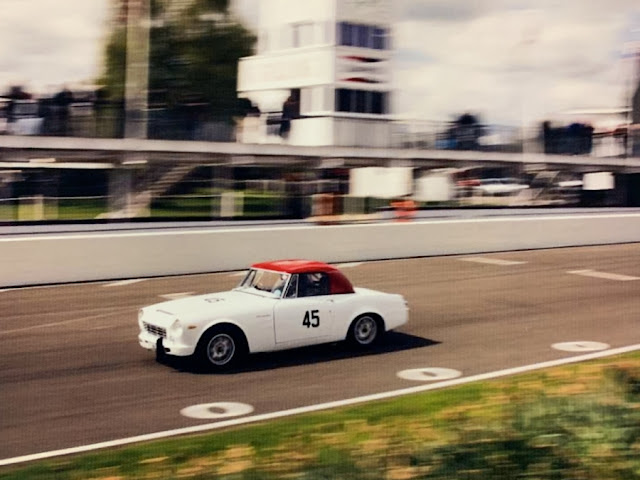 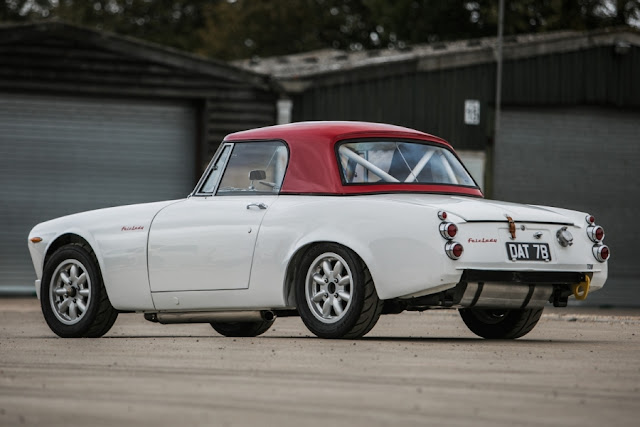