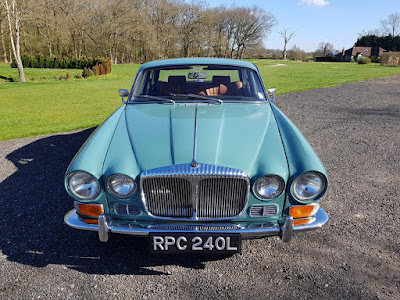 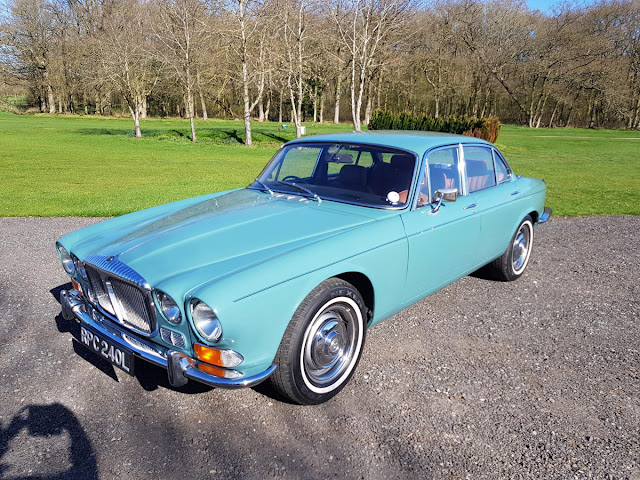 The 1968 Jaguar XJ Series I made its debut just prior to the London Motor Show on September 26 of 1968. It was advertised as Jaguar’s best saloon car that embodied sportiness, comfort, performance and style. The final version presented to the world featured a base model with a 2.8-litre engine with a lower price that was minus the leather trim. The 4.2 engine as a straight six with twin carbs, was moderately priced for its class and generated 245bhp, accelerating from 0-60 in 9 seconds with a top speed of 124mph. It was available with a four-speed manual gearbox or an automatic. It won “Car of the Year” in Britain, but was not considered for the European distinction overall. These models cleared production lines and didn’t spend much time on showroom floors as their popularity soared.
In October 1969 Jaguar introduced the Daimler variants of the XJ6 models – Daimler Sovereign, Daimler Double Six, Daimler Double Six Vanden Plas – which were essentially the same car with a Daimler grille and higher equipment levels. The appeal of the Series 1 to enthusiasts is down to its purity of design and its relative rarity. It was also built before British Leyland began influencing Jaguar’s activities so product quality is considered to be higher than later variants.
This beautiful example has enjoyed much restoration work over recent years, supported by many bills for works completed, in addition to a photographic record of the restoration and trimming work. The Daimler comes from low ownership over the years and is offered with the original book pack containing the Daimler Passport to Service book and various owner’s manuals. Also in the file is a detailed valuation report, UK V5 document and several older MoT certificates dating back to the first owner.
Finished in Turquoise with an Autumn Leaf leather interior, this both stunning and rare variant of the XJ6 is ready to be enjoyed by its next enthusiastic owner. 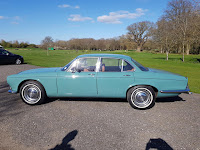 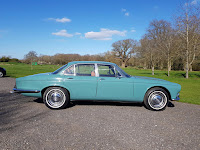 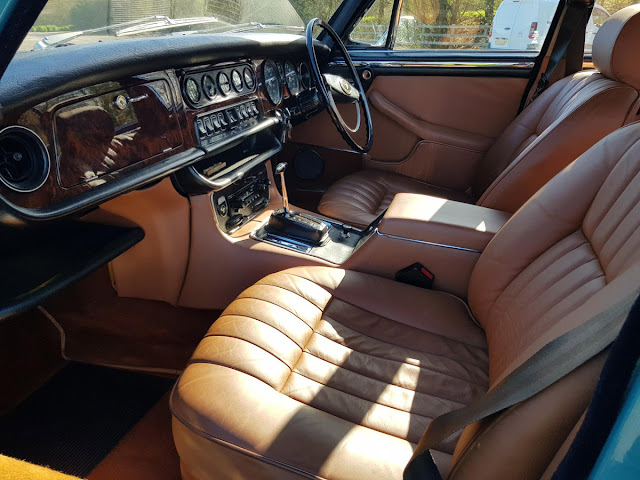