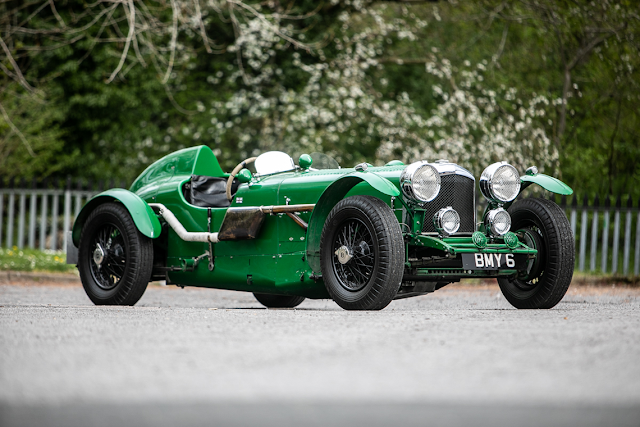 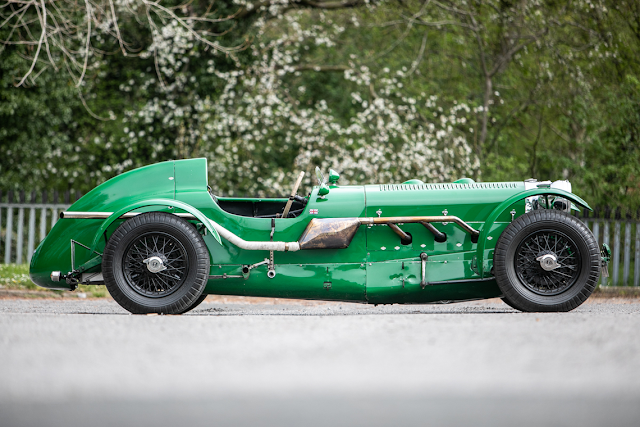 It is a sobering thought. Had Rolls-Royce not purchased its financially troubled competitor Bentley in 1931, the world would have been denied the Continental, Turbo R, Mulsanne and countless other iconic models subsequently graced with the `Flying B'. Of particular loss for many, would have been the coachbuilt Derby Bentleys manufactured between 1933 and 1939. Their chassis was derived from an experimental supercharged 2.75-litre Rolls-Royce (codenamed Peregrine) that never saw the light of day, and power came from a redesigned and tuned version of the company's 20/25 engine, initially of 3.5-litres (3669cc). Fed by a pair of SU carburettors, it drove through a four-speed manual gearbox. The suspension was by semi-elliptic springs all-round and braking by servo-assisted drums.
The newcomer was introduced to the public in the appropriate surroundings of Ascot in the August of 1933, and production of these 3.5-litre cars continued into 1937, by which time 1,191 examples had been produced. The last year's allocation was manufactured alongside the incoming 4.25-litre (4257cc) version that would ultimately supersede the 3.5-litre cars. Coachbuilders and body styles were the preserve of the customer and the following are just a few of the Carrozzerias engaged to clothe these fine cars: Park Ward, Barker, Vanden Plas, Thrupp & Maberly, Gurney Nutting, H.J. Mulliner, Hooper, James Young and Arthur Mulliner.
This well-known Derby racer started life as a 1935 two-door, Close-coupled Coupe by Gurney Nutting and was delivered new to Ashe Garages Ltd. in Surrey on behalf of S. S. Coppen Esq. of Ealing. During the period 1986 to 1990, `BMY 6' was reconstructed as a two-seat competition car by the renowned Bentley/Rolls-Royce specialist Alan Padgett on behalf of owner Stephen Bulling. The wheelbase was shortened to 109.5-inches, the rear of the frame narrowed by 4-inches and the side rails drilled for lightness. The purposeful-looking new body was crafted in aluminium over a tubular steel frame and incorporated a headrest for the driver. The standard engine output was notably increased courtesy of a Wade supercharger system installed and developed by Padgett. The owner then campaigned the Bentley nationally in sprints and circuit races at the country's premier circuits with a degree of success.
For the 1997 season, the engine capacity was increased to 3973cc, and whilst it brought the expected improvement in lap times (enabling the two-seater to contribute towards a 2nd Team Award at the VSCC's April 1997 Silverstone Meeting), problems arose from a reduction in the unit's overall rigidity, so during 1999 it was decided to replace the motor with that from a Rolls-Royce Phantom III. The installation and development of the new powerplant was entrusted to Bob Burrell, who already had considerable experience of running similar 7.4-litre V12 engines in Derby chassis. The dry sump unit features high compression forged pistons (8:1) and is cooled by a high capacity aluminium radiator aided by an electric fan. The suspension utilises standard Derby springs all-round, minus some leaves. Retardation was courtesy of a hydraulically-operated Bentley MkVI single leading shoe system at the front and Austin Sheerline drums at the rear. The specially fabricated axle consists of a Salisbury differential mated to Derby axle tubes. Steering is by a standard Derby column and box with a strengthened side tube and the fuel tank is of the foam filled racing type.
The resulting car has achieved considerable success in BDC and VSCC events - including claiming a fine 1st-in-class at the VSCC's 2003 Harewood Hillclimb event. The bodywork looks good finished in Apple Green with a black interior, the car sits on black wire wheels and the V12 exhausts through copper pipes that emerge from each side of the bonnet at waist height. `BMY 6' is being sold together with: five 17-inch road wheels shod with Dunlop Fort tyres, six racing wheels/Dunlop CR48 tyres, a covered trailer, a comprehensive file of all the work carried out and an MOT valid until July 2013.
A unique opportunity to acquire one of the most entertaining and successful of all racing Bentley Specials that have won the BDC's Annual Derby Bowl award on no less than three occasions and is featured in Ray Roberts' authoritative tome `Bentley Specials and Special Bentleys'. 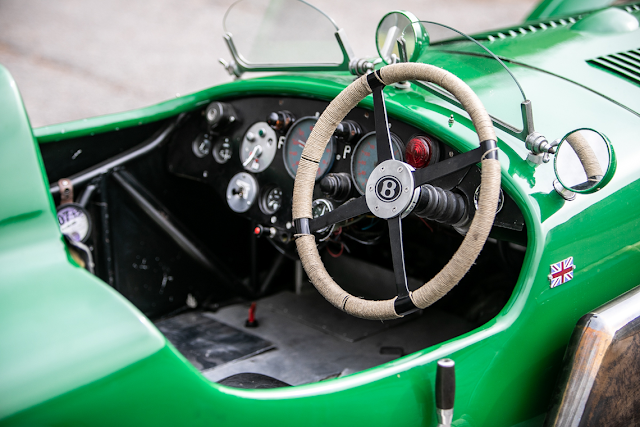 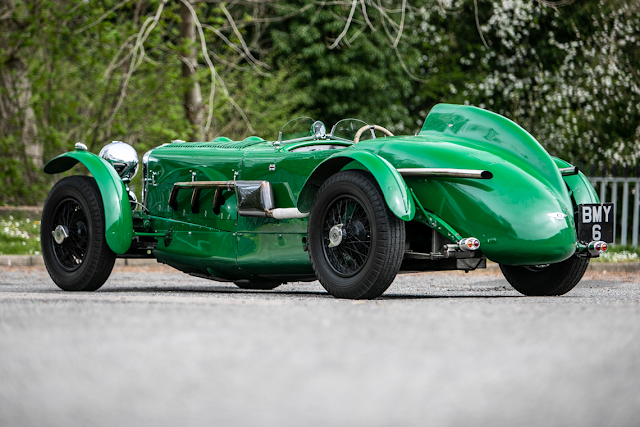 CLASSIC CHATTER
Powered by Dragons
Posted by jeffharris at 17:40