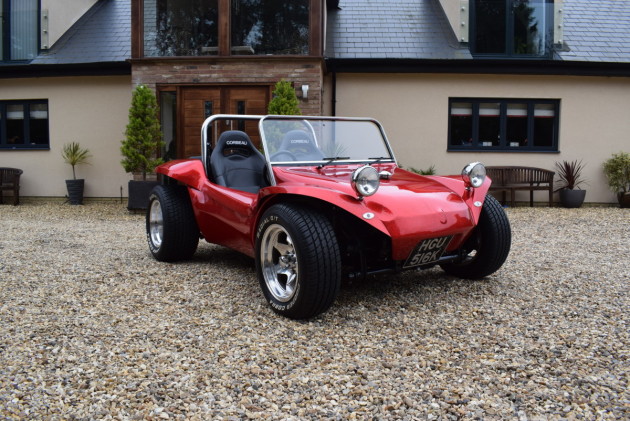 The original dune buggy – the ‘Meyers Manx’ was built in 1964 by Bruce Meyers using the ubiquitous Volkswagen Beetle chassis.
In more recent times, one of the best-known exponents of this conversion is Flatlands Engineering, the Manx Meyers USA authorised builder based in the UK - famous for producing the Buggy in the phones4U TV advertisement.
The current owner approached them in 2007 and commissioned the build of one of their short wheelbase buggies. Produced on a 1972 VW Beetle and retaining the original floorplan and chassis, the project was completed in 2008 and has not changed hands since.
Like the buggy in the TV advertisement, the body was supplied by East Coast Buggies, the owner choosing the Prowler specification in gold-flecked apple red finish. The Prowler is slightly wider at the wheel arches and higher at the rear when compared to the standard Meyers Manx. This allows the easy conversion to wider wheels and provides the space to allow fitment of the upgraded twin port engine.
A brand new twin-port 1,600cc unit was sourced from Brazil and was coupled with Tri-Mil straight through exhaust pipes. This combination not only looks great but gives the buggy a fabulous soundtrack. Drive is transmitted to the road via awesomely wide 15” Ultra alloy wheels and Cooper Cobra tyres. The chassis, floor and suspension were all powder coated in black and as can be seen are hardly marked, even on the underside of the car.
The spec includes Sports Corbeau seats in the front, seat belts for all four occupants and a stainless steel roll hoop and engine bay guard, ensuring that everyone is comfortable and safely contained.
It has been used very sparingly as is obvious from its immaculate condition. The suspension, underfloor, inner wheel arches and interior all showing minimal evidence of use.
Not to be confused with home-made variants, this is a rare opportunity to own - without joining waiting lists - the ‘real thing’. Built by the professionals and MOT and Tax exempt, this Buggy is ready for a huge amount of motoring fun. 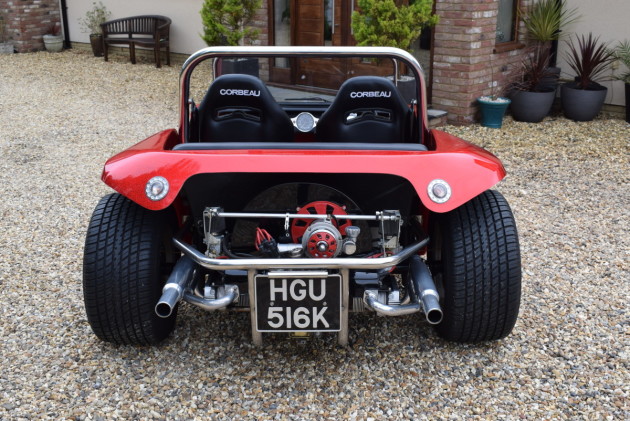 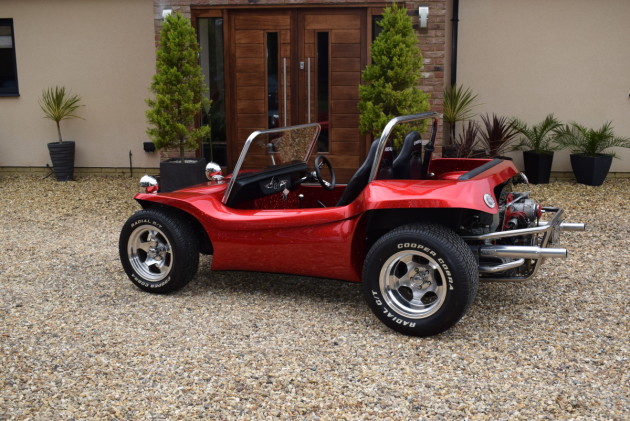 CLASSIC CHATTER
Powered by Dragons
Posted by jeffharris at 21:03