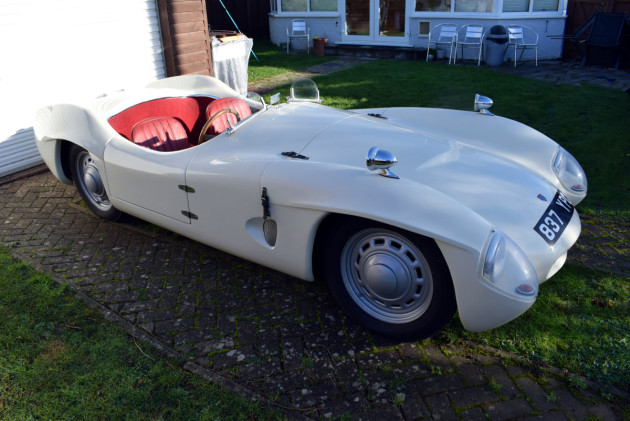 Tornado Cars Ltd was one of the first successful kit car manufacturers in the boom period for such models in the late 1950s and early 1960s. Founded in 1957 in Hertfordshire by three friends - Bill Woodhouse, Tony Bullen and racer Colin Hextall.


Bill Woodhouse had a background in fibreglass development having worked at ICI plastics division in the early 50s.


Tornado’s first car was the Typhoon, introduced in 1958. Production got underway at 90 Uxbridge Rd, Mill End, Ricksmanworth, in an old polythene moulding works next door to the Smiths Coach Park. Utilising a ladder frame with coil suspension and designed to accept Ford 8 or 10 engines, several body styles were available including a two-seater, a 2+2 GT, and a long wheelbase four-seaters. The body was moulded in 11 sections and cost £130. The chassis sold for £70 which led Tornado to claim you could build an entire car for less than £250, although Motorsport suggested that this figure would more likely be nearer £600 for a completed car! 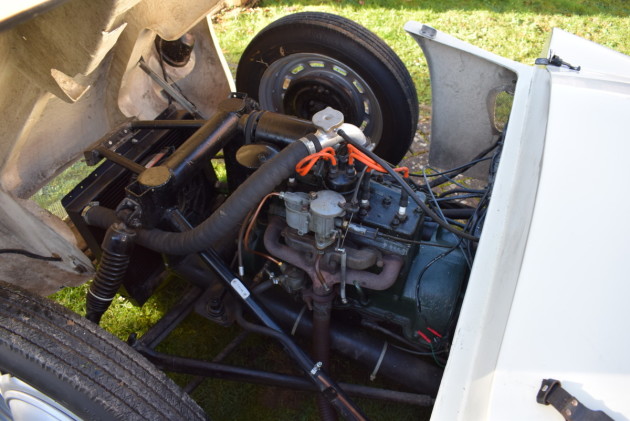 
Approximately 400 examples were produced between 1958 and 1962 when the Typhoon was followed by the less successful Tempest model. How many Typhoons were completed is not known, but it is now rarity indeed.


This four-seater example was first registered on 7th June 1962 although it is likely to have been a 1958 model. A four-seater only by name, with two seats and space behind a couple of toddlers or your coats!  The first owner appears to have been a Mr Geoffrey Whittinghal of Egham, Surrey. The car had one further owner before becoming a famous landmark on the Fordingbridge to Ringwood road on the edge of the New Forest. Mounted on the roof of The Motorist Restaurant & Motel to attract passing trade, it sat exposed to the elements until 1990. The Vendor is the son-in-law of the restaurant owner and having rescued the car when the restaurant closed, it went into a period of hibernation, moving from one garage to another for thirteen years.


In 2003 the Vendor was finally in a position to commence the restoration and the Typhoon was sent to Modeltech Engineering in Littlehampton, famous for creating the amazing Wacky Racers for Goodwood.


Over a two year period, the body was re-gel coated and the interior sympathetically retrimmed. Not unsurprisingly a small amount of chassis welding was required after its time on the roof. Fitted with a period correct 933cc engine, a three-speed manual gearbox, the brakes and some of the suspension from a Ford Anglia, the Typhoon is undoubtedly in better condition now than it was when originally completed. A custom 6-volt motorcycle loom was customised and incorporated.


With great attention to detail, the car is period correct in every way and the Vendor says that in excess of £7000 was spent on the restoration, although there is only one invoice on file for £1,527. The history folder includes a buff logbook, photographs and letters, along with a copy of the original forty-page Instructions for Assembly manual.


Having used the car occasionally over the past decade, the Vendor has decided it’s time to move on, so the Typhoon is now being offered for sale, ready for the new owner to write the next chapter in its colourful history 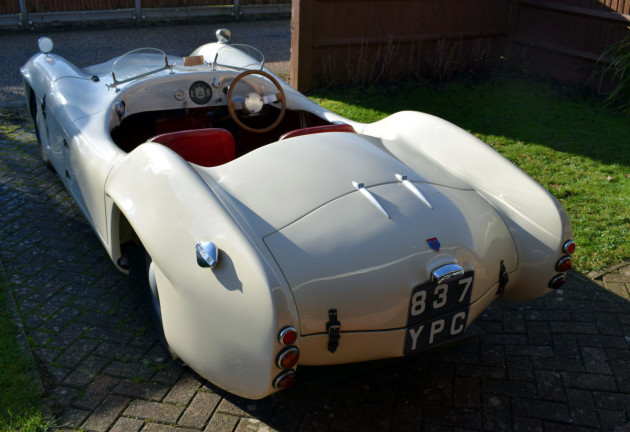 CLASSIC CHATTER
Powered by Dragons
Posted by jeffharris at 20:46