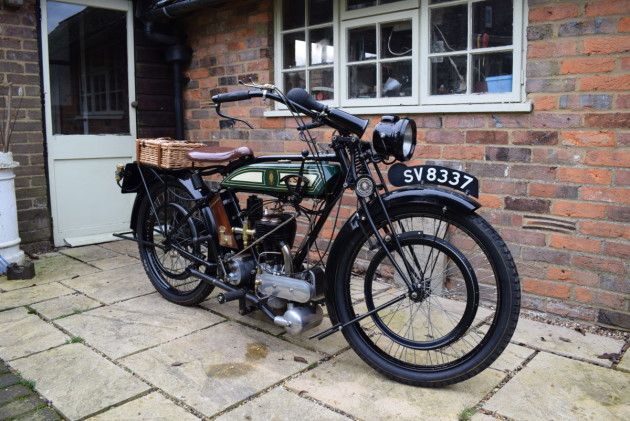 The BSA Model L was produced by the Birmingham Small Arms Company (BSA) in 1923 and 1924. Its 349cc single-cylinder engine had a bore and stroke of 72mm x 85.5mm and drive was transmitted via a constant-mesh three speed, hand change, gearbox to a chain final drive.
Braking was achieved via friction pads which operated on dummy rims on both front and rear wheels, ingeniously joined to the wheels via their own set of spokes.
Engine lubrication was achieved by mechanical pump but also included the facility for the rider to adjust oil flow depending upon riding conditions. This was achieved by an adjusting mechanism mounted on the side of the tank which included a sight glass through which flow-rate could be observed.
The result was a very effective and reliable machine that history records as achieving immediate success in the Scottish Six Days Trial and Swedish International trials of 1923.
This particular example, frame number D5523, was built in 1924. The motorcycle has been with the current owner for almost two years forming part of his vintage collection. He purchased it from a friend and enthusiast who was responsible for the extensive restoration in 2000. The bike was regularly used with MOTs present from 2001 through to 2012. We are told that regular use continued until 2017 but that the acetylene lamps proved too much of a challenge for MOT purposes. During this time the bike was a regular entrant at the VMCC Banbury Run and Stanford Hall events.


This beautiful example of a flat tank BSA vintage motorcycle is presented in exceptional condition and is accompanied by eleven MOTs since restoration and a copy of the original lubrication chart. 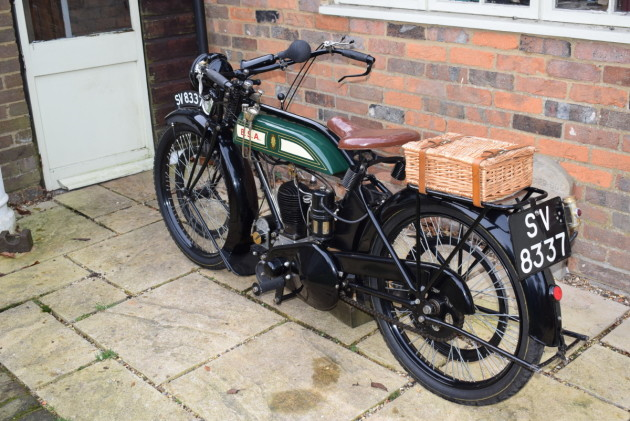 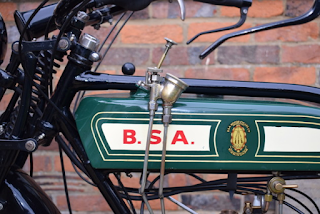 CLASSIC CHATTER
Powered by Dragons
Posted by jeffharris at 20:52