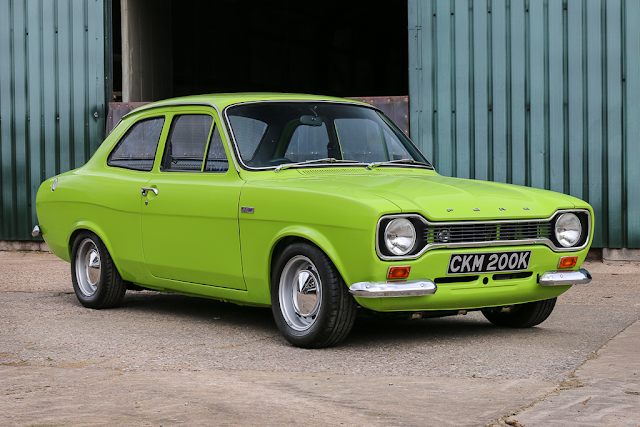 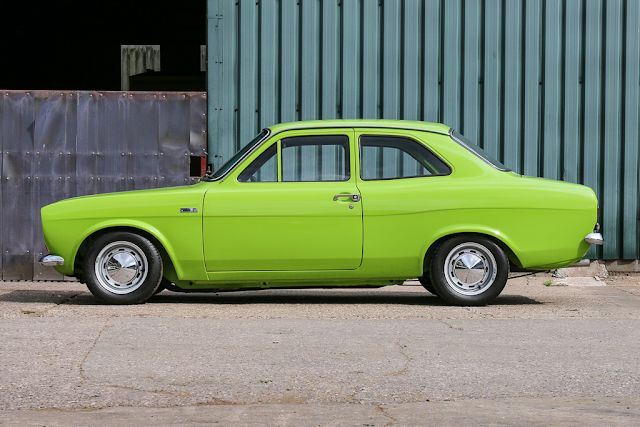 The original Ford Escort was introduced at the Brussels Motor Show in January 1968 and soon became a commercial success as an attractive small family saloon. Ford had, for a number of years, used active participation in motor sport as a means of getting their showroom doors swinging on a Monday morning, and the new Escort was to prove no exception.  Popular at club level in every discipline of the sport, it was at International level that the name 'Escort' became synonymous with winning.  The Ford works team was practically unbeatable in the late 1960s / early 1970s, and arguably, the Escort's greatest victory was in the 1970 London to Mexico World Cup Rally being driven by Finnish legend Hannu Mikkola. This result and the ensuing acclaim prompted Ford to produce the famous Escort Mexico (1.6 L 'Kent'-engine) road version in honour of the rally car.
One step up from the Mexico, the Escort 'RS1600' was developed using an engine that was essentially a detuned Formula 3 unit designated BDA (Belt Drive 'A' Series). Both the Mexico and RS1600 were built simultaneously at the now famous Ford Advanced Vehicle Operations (AVO) facility located at the Aveley Plant in South Essex. As well as higher performance engines and sports suspension, these models featured strengthened bodyshells, making them ideal for rallying.
Even today, Mark I Escorts are still very popular in the Historic Rally scene with their reputation for a great balance of power and handling, making them true driver's cars. The BDA engine emits a distinctive and appealing 'growl', which can be heard for quite a distance when the vehicle is being driven hard. Estimates suggest that only around 1,137 RS1600s were produced in total.
The car offered for sale today was first registered in the UK on 11th February 1972 and was purchased by the current owner to form part of his collection. The speedometer is reading 3,525, which we believe is the total mileage covered since this car underwent a ground-up restoration. The history file contains invoices from renowned marque expert Andy Stapley Motorsport who has been looking after the Escort's welfare.
According to a number of sources, we understand there are less than 50 RS1600s registered or on SORN in the UK with the vast majority of these having been extensively raced, rallied, exported, or just lived a hard life and. as a result, it is very unusual to find a road car finished to such a high standard. The Le Mans Green paintwork is superb with excellent shut lines and has been completed to a very high standard. The interior is completely standard and correct, and the engine bay is spotless.
This immaculate, 1972, RS1600 sits 'all-square' and presents really well in its period-correct, bright green.  It's 'on the button', has a fresh MoT and is crying out to be used. 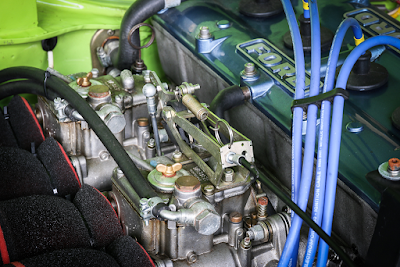 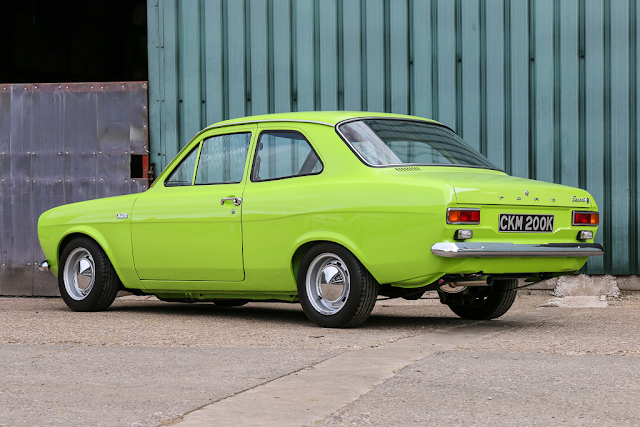