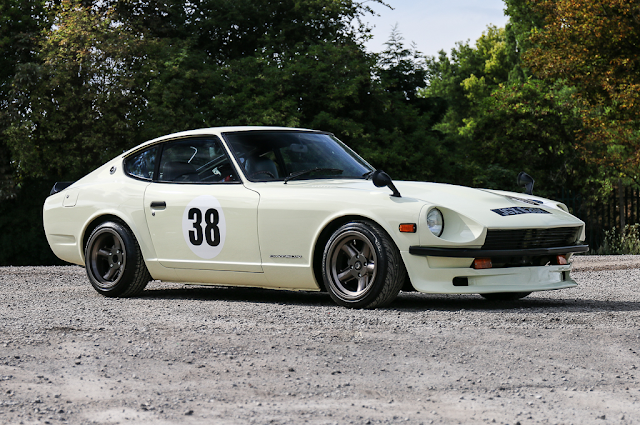 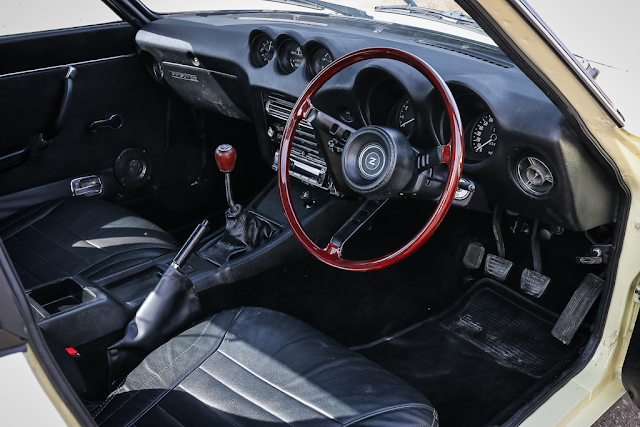 The Datsun 240Z, (latterly the 260Z and 280Z) was the first generation of 'Z-Type' two-seat coupés, produced by Nissan in Japan from 1969 to 1978. Its dramatic looks owed a considerable amount to a 1960's styling concept drawn by Count Albrecht Goertz for Datsun, presumably at a time when they were considering ways to break into the European sports car market.
The 240Z was powered by a lusty 2.4-litre, straight six, overhead cam engine developing around 150bhp resulting in 0-60 in 8 seconds and a top speed of 125mph. A five-speed manual gearbox was standard and the car featured independent suspension all round with MacPherson struts at the front and Chapman links at the rear. Rack and pinion power steering and front disc brakes meant that the 240Z was a thoroughly modern package.
According to Classic and Sportscar, the ‘Z' was "In a different technical league" whilst Road and Track Magazine noted, "Datsun have reinvented the sports-car with the sleek, civilised, sexy and sporty 240Z".
Reporting 151 B.H.P and 146 lb-ft of torque at just 4,400 rpm, Car & Driver said; "A brilliantly conceived car with twice as much thought having gone into it when compared to the Big Healey, MGC, Lotus Elan, Porsches and Corvettes".
Launched in the UK as Car & Driver's ‘Car of the Year', it was noted by respected race-driver and motoring journalist John Bolster of Autosport; "To the man who still regards high-speed driving as a pleasure and an art, it promotes un-ending joy with the benefit of easy door entry, ample seat adjustment and good visibility for even the tallest of drivers".
Equipment levels were high, new paintwork colours were introduced (intended to attract the young), such as Monte Carlo Silver, Orange, and Grand-Prix Blue Metallic with all cars having tinted glass, the sports theme continuing with an almost entirely black interior. Front and rear spoilers were fitted to improve handling stability.
The Datsun ‘Z' had an excellent record in competition, achieving decent results in both racing and rallying, earning the car a deserved reputation for ruggedness and reliability. Carefully gas-flowing the cylinder head, increasing compression ratios, fitting high-lift performance camshafts and the use of Mangoletsi-type inlet manifolds with triple 40 DCOE carburettors, along with 6-into-1 exhaust manifolds and straight-through exhaust systems, led to power outputs in excess of 190 B.H.P and 0-60 mph times of around the 6 seconds mark.
JGX 620K was registered on the 1st of October 1971 and is a genuine UK-supplied, RHD car making it quite desirable in today's market full of imported LHD models.  It was fully prepared for circuit racing and was successful in the HSCC class in which it raced from 1979 through to the early 90s driven by Andy Standford. There are many magazine articles and features detailing the car's success and they are with the car. After its racing career was over it was put into storage for a number of years prior to being converted back to a road car we believe around 2012 - 2015.
Today this striking Z car sports an original road-car interior with what looks like a new dashboard and fresh 'Z' emblem seats.  Externally the car shows its links to its racing heritage in looks only with the slightly lowered suspension and the stunning Revolution alloy wheels. Our vendor had the bodywork refreshed with a fresh coat of paint along with a new rubber seal set. Mechanically the braking system was refurbished along with a new suspension set up more appropriate for the road. These 240Zs are a fantastic drive and this car with its motorsport heritage must surely be an opportunity not to be missed. 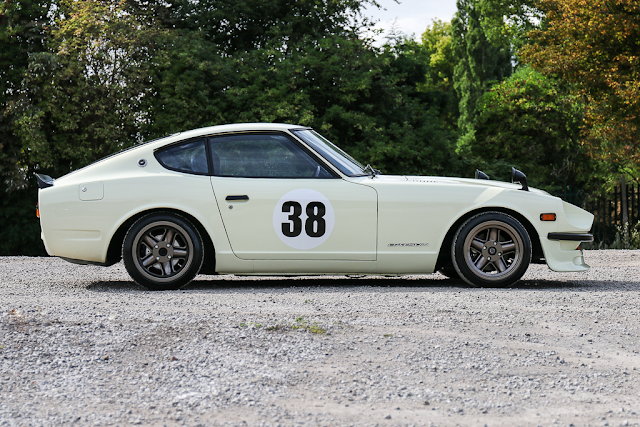