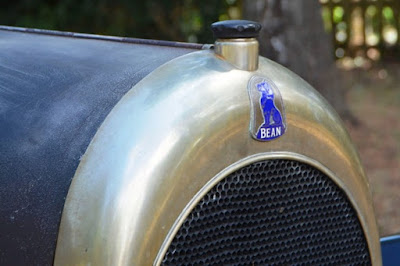 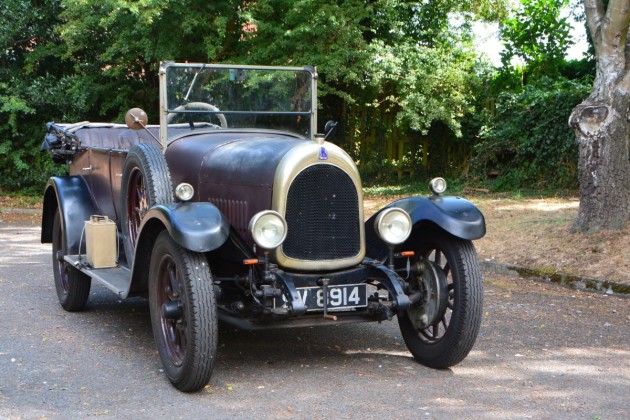 The Black Country’s answer to Henry Ford, Brummie industrialist John 'Jack' Harper Bean launched the Bean 11.9 at the London Motor Show in 1919 with ambitious plans to turn out 10,000 cars a year.
Essentially a modernised version of the Perry 11.9, the chassis was made in Bean’s works at Tipton while the bodies were produced at a second factory in Dudley in closed coupe or open tourer styles. Light and nimble and capable of 50mph from its 4-cylinder 1,794cc sidevalve engine, the Bean sold well and by July 1920 over 500 cars a month were rolling off the production lines.
Spurred on by this early success, Bean embarked on an even more ambitious plan, raising £6 million (a vast sum in those days) to acquire over a dozen more automotive firms with the aim of producing 100,000 cars and lorries a year. But when the economy collapsed at the end of 1920, Bean was left hopelessly over-exposed and his fledgling empire came crashing down around his ears.
Production resumed on a much more modest scale in 1922 and in 1924 the 11.9 was replaced by a larger model, the 2.4-litre Fourteen. But increased competition from rivals like Austin and Morris meant the climate had changed and Bean struggled to make ends meet, finally falling prey to a takeover bid from Hadfields steel foundry of Sheffield. Thoroughly disillusioned by the whole sorry affair, Jack Bean resigned in 1927 to pursue other interests, Bean production limping along for a couple more years before finally grinding to a halt in the summer of 1929.
Ten years had passed since Bean's first bold attempt to turn Dudley into Detroit, but in that time only 17,000 cars had rolled from the factory gates. Today fewer than 100 Bean cars are known to survive worldwide – the majority of them in Australia where, in 1926, a Bean Fourteen won everlasting fame by becoming the first motorcar to drive across the continent and back, an epic 5,000 mile journey across the uncharted outback. Piloted by Francis Birtles, the Bean set another record the following year by becoming the first car to be driven overland from Australia to England.
This fabulous Bean Fourteen was built in 1926 and exported in chassis form to Australia where it was clothed in four-seat tourer bodywork by coachbuilders James Flood of Melbourne. It was to remain in Australia for the next 75 years, finally returning to these shores in 2001 and being acquired by our vendor in 2010.
A serial Bean owner and something of an expert on the marque, he fell in love with the car the moment he saw it, attracted by its astounding originality and the excellent quality of the coachwork – the doors fit perfectly and still close with such precision it is hard to believe they have now had almost a century of use. Even the paintwork appears original and has acquired a wonderful patina from decades of Australian sunshine, as has the leather interior which is all original apart from the driver’s seat squab. The hood and sidescreens are in good order having been renewed at some point in the not-too-distant past.
Used regularly in the current ownership, the car started easily and ran nicely as we moved it around for these photos, various invoices showing regular upkeep over the past few years including a recent brake overhaul and discreetly fitted flashing indicators. It also comes with a useful quantity of spares (including a cylinder head, a set of valves, sundry gaskets and a magneto), an original owner's handbook, various Bean Club magazines, a pack of Bean playing cards and technical literature about the model.
Surely the most original example you could ever wish to find, this rare and commodious tourer will draw crowds of admirers wherever it goes and is due to be driven some 60 miles to the sale. 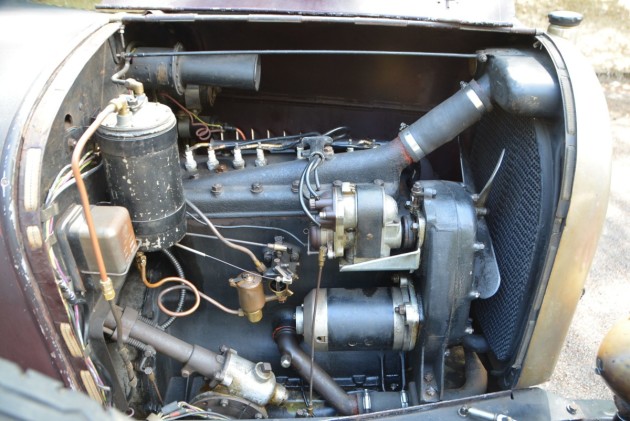 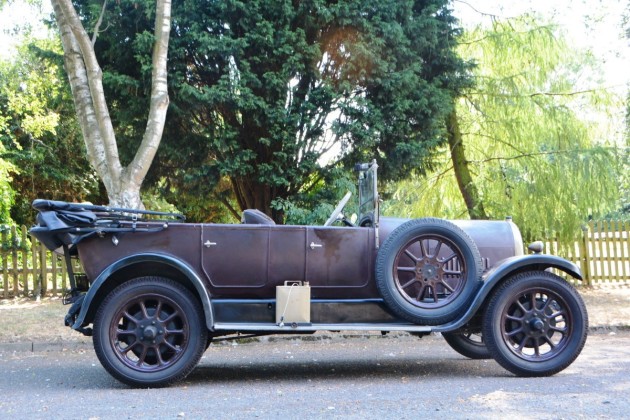