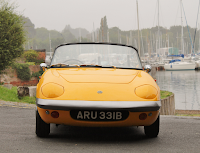 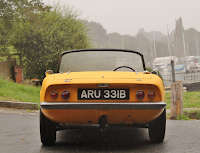 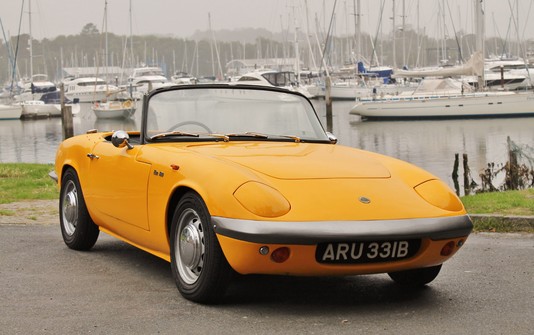 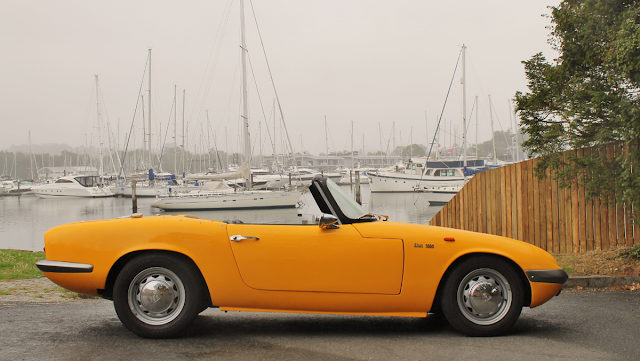 The original Lotus Elan (Type 26), was first introduced in 1962 as a roadster and replaced the elegant, but unreliable and costly to produce Lotus Elite. It was the first Lotus road car to use a steel backbone chassis with a fibreglass body and in the early days, Elans were also available in kit form for home assembly but predictably that didn't last long. As is often the way, the Elan evolved through a number of iterations before manufacture ceased in 1973. These developments mainly concerned comfort and civility but all through its life the essence of the Elan didn't change. A technologically advanced DOHC development of Ford's proven ‘Kent' engine, bored out to 1558cc (commonly known as the Twin-Cam) provided the propulsion, whilst cutting-edge features such as all-round disc brakes, fully independent suspension and nimble rack and pinion steering provided agility and handling that was simply amazing compared to the opposition.
Colin Chapman proudly announced in the launch literature that "We wanted to build you a fun car.."; a brief he achieved with vigour thanks to the fact that his unequalled talent for vehicle set-up was never more prevalent than in the Elan's handling. Exciting paintwork colours were introduced such as Carnival Red, Pistachio Lime Green and the delectable Lotus Yellow and the Elan became the 'Darling' of the High Street in the mid-sixties.
Offered here is a rare and beautiful example of a Series I Lotus Elan drophead coupe, first registered on the 7th July 1964. Our vendor, a chartered surveyor by profession, discovered this car in 2014 in a barn on one of his site visits and, after some negotiations, persuaded the previous owner to part with this very early car. It had been languishing for some time and consequently needed a comprehensive restoration. Our vendor has been involved in motorsport in his spare time for many years and had experience of the abilities of the team at Startline Services so they were entrusted with returning the Elan to life.
The car was totally dismantled and rebuilt from the ground up using as much of the original as possible and refurbishing components where necessary. Every Elan needs a new chassis at some point and that was obviously the place to start with new parts being sourced from the usual Lotus specialists, including Paul Matty and Mick Miller Lotus. The engine was removed and sent to Owlesbury Crankshaft Services where the cylinder block was rebored and the crank reground. Once back at Startline Services, it was re-assembled with a new clutch and installed back into the chassis. The GRP body was carefully repaired, with particular attention being paid to those areas where Series 1 cars are known to 'stretch', and was then treated to a full respray in Lotus Yellow. Apart from the door cards, the car's trim had survived well and was re-installed. The wooden dashboard was totally restored at considerable cost and now looks fabulous. The front and rear suspension and brakes were rebuilt and the car was finally put back on the road. Our vendor had been keen to keep the Elan looking as original as possible and one of the best things about the Elan is that nearly everything is available from specialists with Paul Matty, in particular, retaining a huge quantity of new /old stock for these delightful little cars.
Supplied with a UK V5c and a new MoT prior to the sale, this lovely early Elan is exactly what the doctor ordered – an iconic British Classic looking just as Mr Chapman intended. 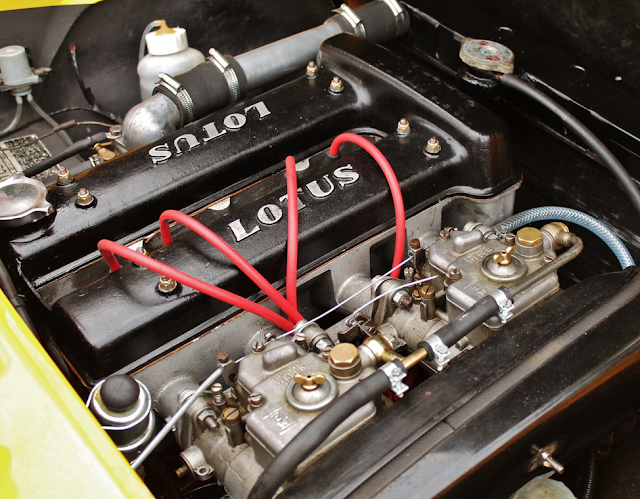 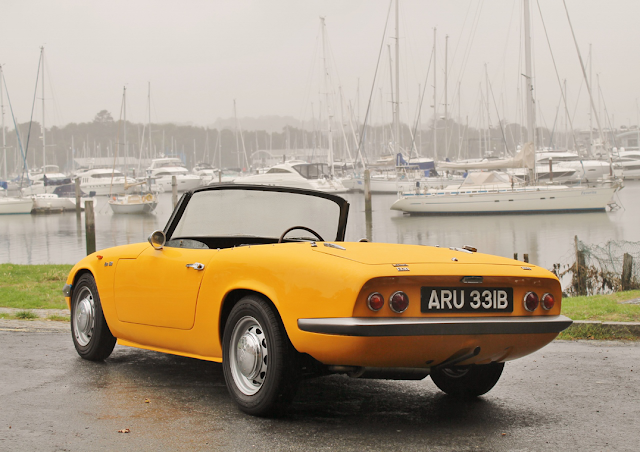