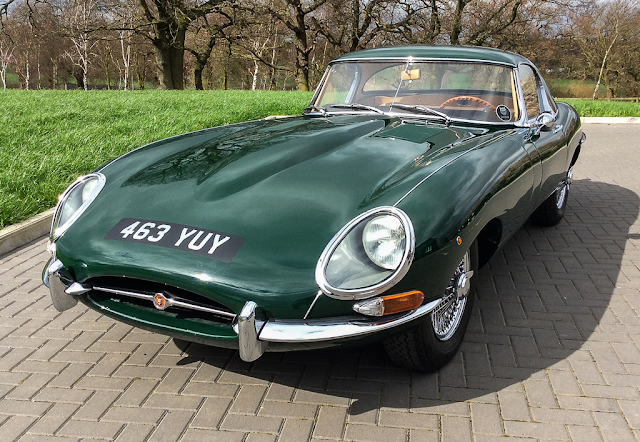 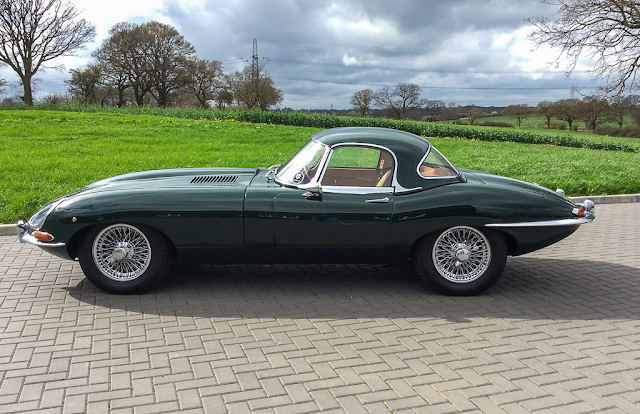 Most of us imagine that the trend amongst the world's top manufacturers of exotic automobiles to release an air-brushed artist's impression of their new ultra-desirable, hugely powerful, impossibly good-looking, we're only making a few, don't ask how much and anyway they are all sold, model is a fairly recent phenomenon, however, it's not. Way back in 1961, Jaguar Cars did just that with their forthcoming E-Type and the only difference was that the forecast list price for the new model was about half of what you thought it might be. Sir William Lyons' savvy move of restricting the sale of the first 50 or so cars to established racing drivers or celebrities only fuelled demand still further and magazine articles have been written about just how far potential customers would go to be moved up the rapidly expanding waiting list.
Naturally, when the car was launched in May 1961 it caused a sensation with newspaper headlines focussing on the car's (optimistic) top speed of 150mph and remarkable looks, however, there was a lot more to the E-Type than a pretty face. With a claimed 265 horsepower available, the E-Type's performance significantly furthered the standards set by the preceding XK models, partly because it weighed around 500lbs less than the XK150, but mainly because aerodynamicist Malcolm Sayer used his experience gained partly with their C and D-Types but mainly from prototypes E1A and E2A to create one of the most efficient shapes for a high-performance sports car. The fact that this low drag design was also one of the most elegant shapes ever to sit atop a set of four wheels was a bit of a 'win-win'.
Only in terms of its transmission did the E-Type represent no significant advance over the XK150, whose durable four-speed Moss gearbox it retained. But, of all the versions of Jaguar's long-lived and much-loved sports car, it is the very early 3.8-litre cars built prior to February 1962 (retrospectively known as 'flat floor') which, for many enthusiasts, remain the most desirable. Around 2,000 of the early cars were built with a flat floor under the pedals but the driving position was not ideal for taller drivers so changes were made to the footwell creating a recess for the driver's heels.
According to its chassis number, this is the 594th left-hand drive roadster built and was finished in Cream with a Black interior. before being supplied new to Fattori and Montani in Rome. It was ordered with a factory hardtop but without a soft-top which seems odd considering it was headed for sunny Italy. It returned to the UK in 2013 just after being fully restored in Italy with a colour change to the lovely combination of British Racing Green with a light tan leather interior. Pleasingly it remains still attached to its original hard top. The quality of Italian restorations is legendary, particularly when it comes to interiors and trimming. and in this case, no matter what additions had crept into the cabin over the years, it is now 'Pure 1961'. The Jaguar is supplied with its UK V5C Registration Document, the Heritage Certificate, a MoT test certificate from when the car was imported, and the original Italian registration documents.
This is an opportunity to purchase, not only one of the most sought-after E-Type models, a 'matching numbers, Series !, 3.8-litre, 'flat floor', but one that has been beautifully restored. 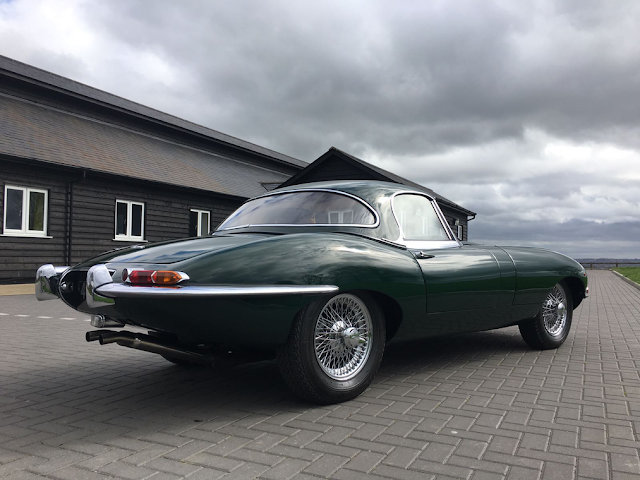 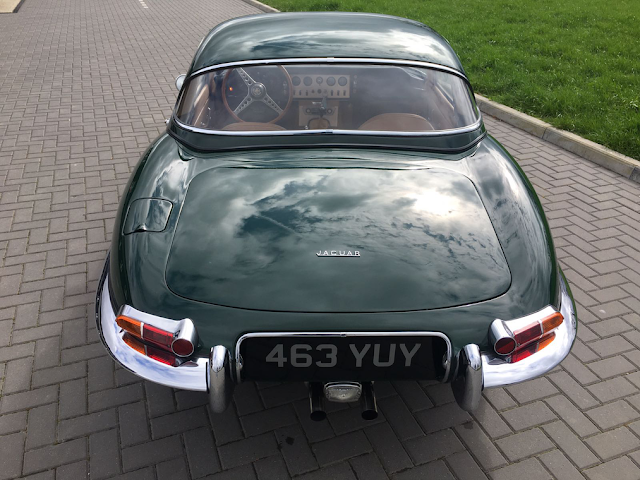