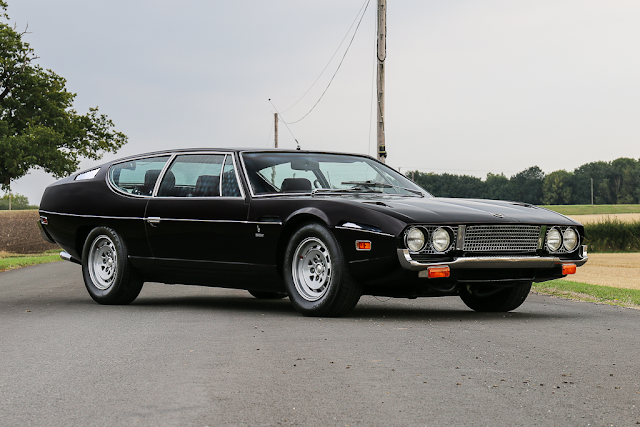 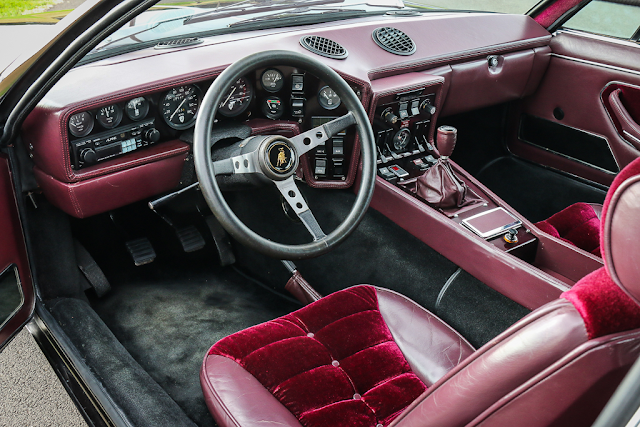 Named after a Matador's sword, the Espada was styled along lines similar to those of the stillborn, rear-engined, six-cylinder Marzal but carried its 4.0-litre, four-cam V12 up front. The latter - first seen in the 400GT and used also by the contemporary Islero - produced 325bhp, an output sufficient to propel the distinctive, Bertone-styled coupé to 150mph. Islero running gear was employed but wedded to a platform-type, semi-monocoque chassis rather than the former's tubular frame. Introduced in January 1970, the Series II cars came with an extra 25bhp, 155mph top speed, an improved dashboard layout and the option of power-assisted steering. The dashboard was revised yet again in late 1972 for the Series III, which also incorporated power steering as standard, up-rated brakes, minor suspension improvements and a restyled front grille. Espada production ceased in 1978 after 1,225 of these imposing cars had been built.

The Factory production record in the History File confirms that this Series III Espada was manufactured in 1976 with Build Number 1176, and sold by its authorised dealer in Arizona in December 1976. As the 1176th  Espada built from a total of 1,225 cars, it is the fiftieth from last.  It is, however, registered on the USA Certificate of Title as produced in 1974, this being a common practice by European manufacturers to overcome the idiosyncrasies of the American Federal and State-specific registration requirements. In this case, given that the rubber bumpers introduced in 1976 were an anathema to most owners, this example is to Euro specification and hence registered by the Lamborghini importing dealer as of 1974 production.


Finished in Black Cherry with a Burgundy interior, this is a one owner car and remained with its original Colorado owner until 2018. He was a very wealthy man and kept the Espada and his car collection in the same hangar as his private planes, the car being maintained by his highly-qualified aero mechanics using Lamborghini parts. It remained in Colorado throughout its life,  was used sparingly only under ideal road conditions, and records just 26,000 miles.  The car has been retrofitted with an electronic ignition system, a high torque starter motor, and braided fuel lines, all reflecting the engineering philosophy of the aircraft mechanics who maintained the car. The History File includes a summary of the maintenance and servicing performed on the car, and a number of invoices including those for Factory parts sourced from GT Cars of Phoenix Arizona, the official Lamborghini dealer for the region. Recent maintenance includes an overhaul of the transmission, rebuilding the cylinder heads, and the car was fully serviced by the Classic Workshop Ltd in Bicester during August 2018 at a cost of £4,668. "Duties paid and NOVA issued; V5 in process" and supplied with a fresh MOT.


The Espada is supplied with its:


All Espadas have a sense of drama, in fact, I think they look more dramatic today than when we first saw one 48 years ago. Obviously over their eight years in production, although the shape hardly changed, they developed significantly mechanically which makes the later SeriesIII cars the better bet. This is indeed a rare find. A Series III with one owner, 26,000 dry miles, treated like a baby by aero engineers, and with all its original paperwork etc would seem like a tall order, but here it is. 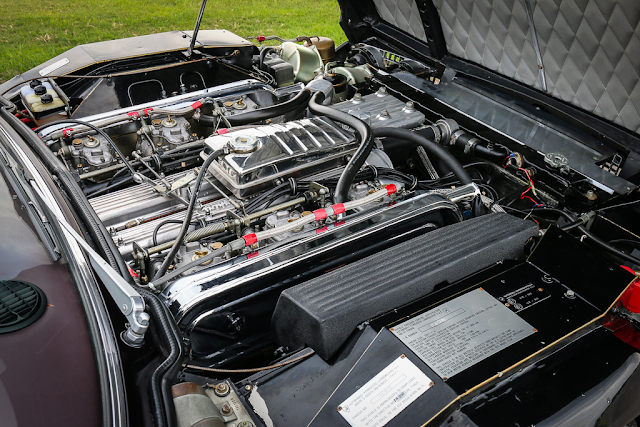 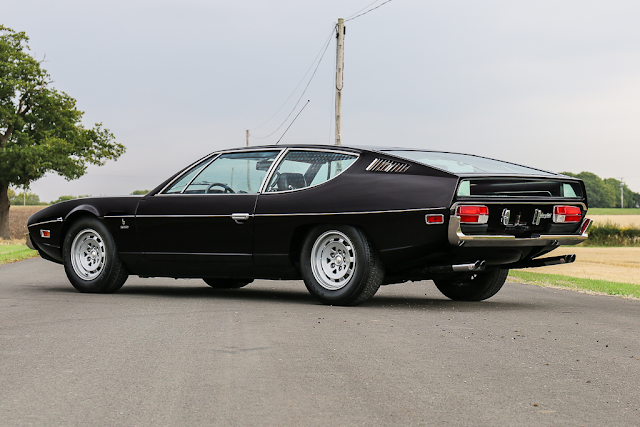