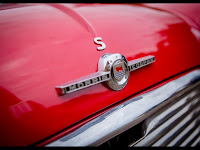 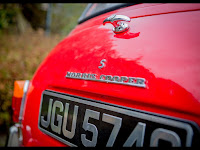 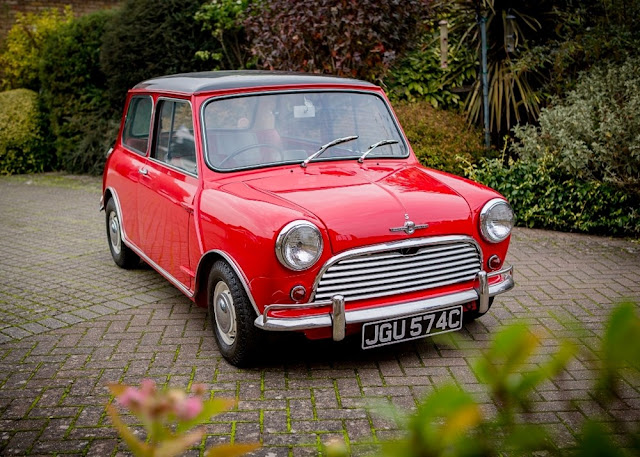 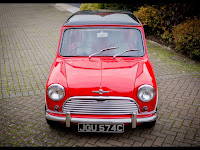 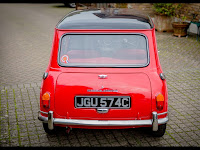 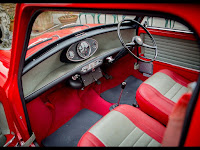 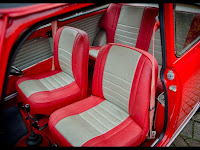 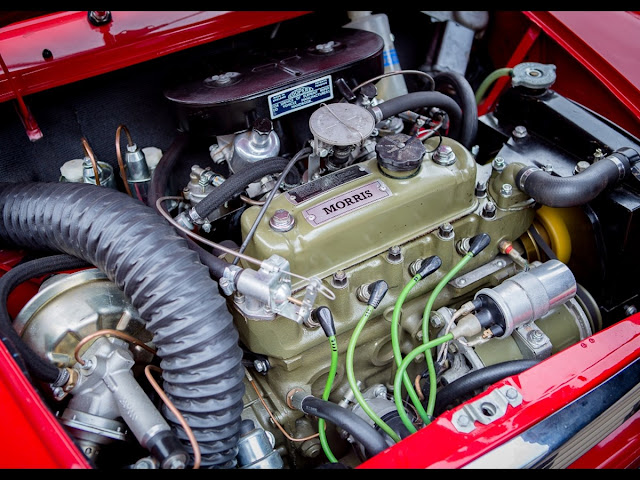 The notion that the Mini might have a future as anything other than basic transport was anathema, the idea of a high-performance version was laughable. One man though saw it quite differently. Racing car manufacturer John Cooper already knew quite a bit about tuning BMC's A-Series engine, he was running the company's Formula Junior effort at the time and a test drive in a prototype Mini convinced him of the car's competition potential. The Mini Cooper soon established its credentials as a rally and race winner and the stage was set for even faster versions. The first of these, the 1071cc Mini Cooper 'S' of 1963, took engine development a stage further and provided the basis for the 971 'S' and 1275 'S' of 1964.
This righthand drive Morris Mini Cooper 1275 S benefits from a ground-up restoration, in 2016, to near concours quality in the correct early type, (lighter shade RD9), tartan red with black roof. The car was exported on 3rd July 1965 to Portugal. It was registered to its first owner on 10th November 1965 and remained in Portugal until 2016.
Discovered as an abandoned project, the previous owner started a restoration in spring 2013 with every component being refurbished, renewed or replaced. All the bodyshell details were revised and rectified, using new panels where required. The engine was completely dismantled, inspected and rebuilt using new parts only when the originals were not suitable to reuse. The first step was to make the revision of the AEG312 'S' short block. Therefore, after verifying the good status of the crankshaft, pistons and con-rods, it was fitted with new parts such as pistons rings, bearings, seals, oil and water pumps. A duplex vernier timing gear and chain set was fitted along with a new camshaft kit. The original AEG163 head was beyond repair so a replacement Stage 3 head was sourced from Minisport. The gearbox received the same attention as the engine benefits from a total strip and inspection before rebuild using new baulk rings.
A complete and new wiring loom was installed along with all new electronic components throughout the car for safety and reliability. The entire interior was retrimmed in the correct Newton Commercial, (UK), red and gold brocade with new seat covers, door cards, carpet, headlining and boot board. The car is fitted with very rare original 3.5” Cooper S wheels, (including spare), all running on Dunlop tyres and has an MoT test certificate valid until March 2018 with no advisories and a recent bi-annual service. The car was then converted back to righthand drive for the UK roads something that naturally is very simple to do especially as the initial Alec Issigonis design was conceived to suit all markets.
The accompanying history file contains a UK V5 registration document and a Heritage Dating Certificate. Very difficult to fault, this is a unique opportunity to purchase an outstanding example that, for most, would simply be impossible to achieve. With examples in this condition commanding well over £50,000, frankly, this looks like incredible value especially given the rarity and 'wow' factor.
Interested parties should note that this vehicle has recently been recommissioned after having been stored and not driven in over two years, this included new spark plugs and fuel filter. 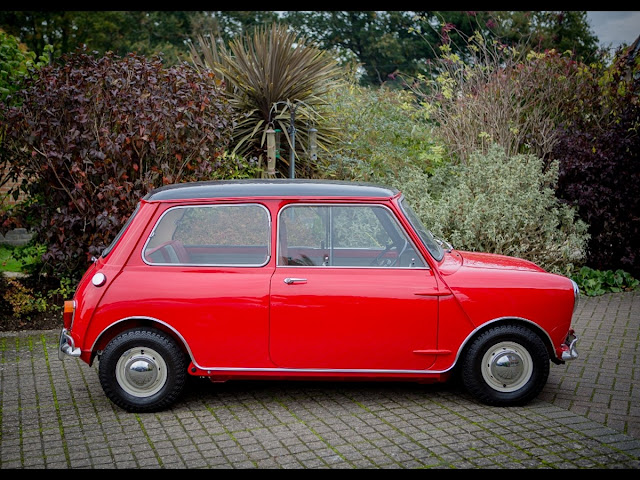 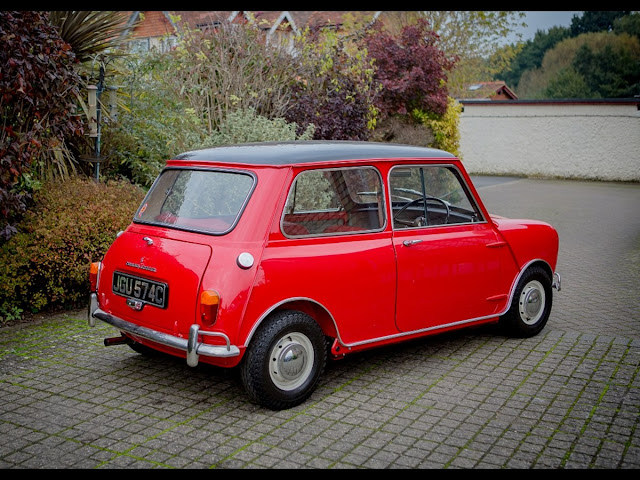 CLASSIC CHATTER
Powered by Dragons
Posted by jeffharris at 19:17