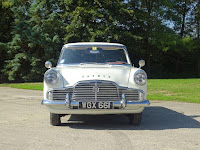 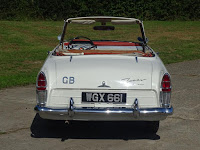 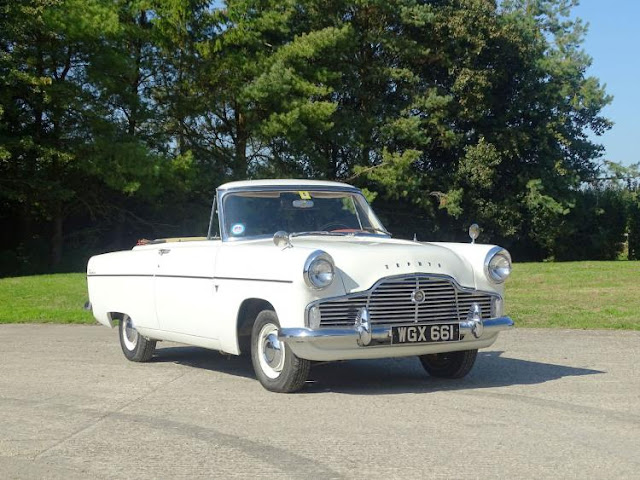 - Bought by the vendor's father under the 'Visit Britain Plan' and driven 5,000 miles around Europe before being shipped to America in October 1959

This remarkable Zephyr MKII Convertible - 1 of 5,139 made - was purchased new by the vendor's father from Ford Motor Company Ltd of Dagenham under the `Visit Britain Plan' on 24th April 1959 for £829 1s 0d. The accompanying original invoice shows that the car was built to LHD specification complete with a large fan, manually operated soft-top, three-speed manual plus overdrive transmission and NASS headlamps. Finished in White and road registered as `WGX 661', the 2553cc straight-six powered machine was driven some 5,000 miles around the UK and Europe before being loaded aboard the S.S. American Builder bound for New York on 9th October 1959. A Vermont resident, the vendor's father kept the Ford on the road until the mid-1980s by which time it had covered most of the 46,000 miles currently shown to its odometer. Repatriated to the UK in 1997, the following twelve months saw the Zephyr brought up to MOT standard and re-issued with its original registration number. Having enjoyed the Convertible over the next five summers, the vendor then entrusted it to Rudler Car Transportation & Storage in Wiltshire. Made roadworthy once more and issued with an MOT certificate on October 10th 2018, the Ford has otherwise spent the past seventeen years in secure storage. Self-evidently repainted at some stage, `WGX 661' retains its original factory-fitted Red / White upholstery and three-position soft-top. The former seems to have worn transparent plastic covers made by Karobes of Leamington Spa all its life, while the latter is free from external rips and tears (although it's headlining and fittings are tired). The boot floor is sound and the jacking points all accounted for. Overall the car comes across as what it is, a low mileage example that has been in single-family ownership from new. The vendor is now ready to pass that baton to a second family. Offered for sale with a V5 registration document, original sales invoice, original bill of lading and sundry other paperwork 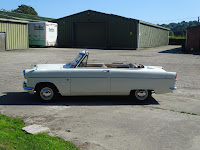 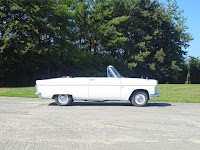 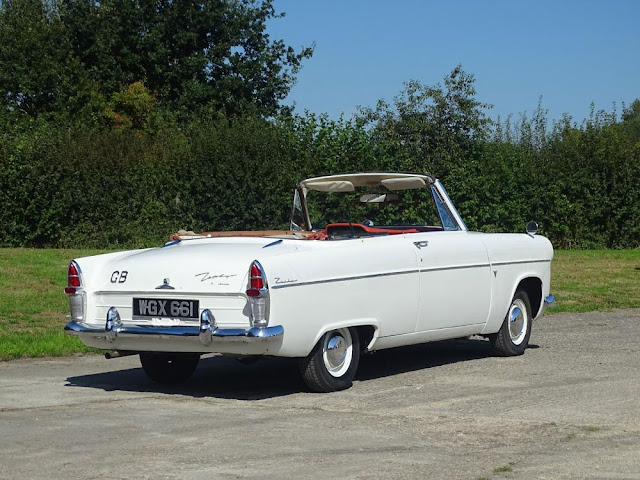 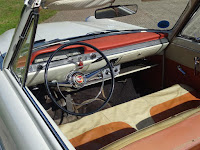 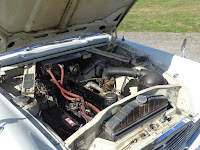 CLASSIC CHATTER
Powered By Dragons
Posted by jeffharris at 17:03