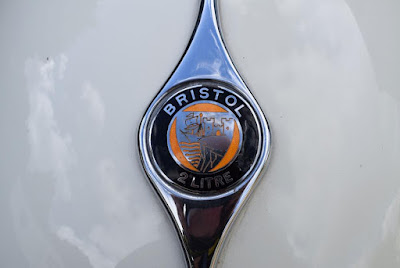 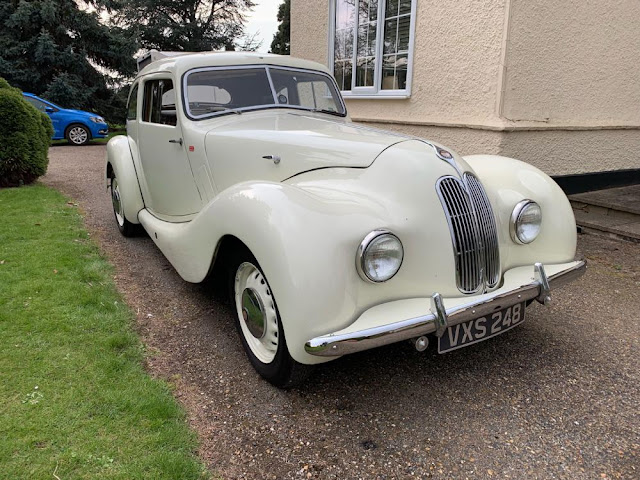 - Understood to have previously resided in Italy

With the support of the War Reparations Board, the rights to manufacture the BMW 326, 327 and 328 and their famed six-cylinder engine were secured by Bristol in 1946. Place a pre-war BMW 327 alongside Bristol's first offering, the 400, and the ancestry is self-evident, but there were many differences. The decision to make it a four-seater saw it based on the longer chassis of the 326. The aircraft-grade Bristol body was more streamlined than that of the 327, while Bristol developed the already impressive 328 engine into one of the finest 2-litre units of the period, which powered not only all Bristol models until 1961, but various sports and racing cars from AC, Arnolt, Cooper, Frazer Nash, Lister, Lotus and Tojeiro. The 400's interior trim was an unmistakably British blend of leather and wood. The more contemporary-looking 401 and 403 that followed were styled by Carrozzeria Touring of Milan. 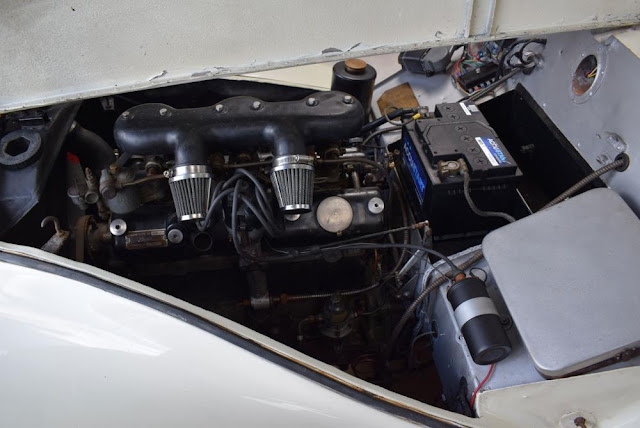 `VXS 248' vacated the Bristol production line on July 6, 1948, and was sold new to a Mr J Livingstone by Pusey Garage of Wiltshire. It was apparently domiciled in Italy by some stage in the 1950s, but little is then known of its history until, back in the UK, it was taken in part payment for a Bentley in 2010. It was then held in storage until 2016, during which year it was re-registered and returned to the road. The Bristol is understood to have been repainted in Red while in Italy and recently treated to a re-trim here in the UK, during which the seats and door cards were professionally finished in a blend of Oxblood and Cream hide. An interesting car that the vendor informs us `drives well and is absolutely comfortable in modern traffic' and which, courtesy of the model's sporting history, should be eligible for the Mille Miglia Retrospective. 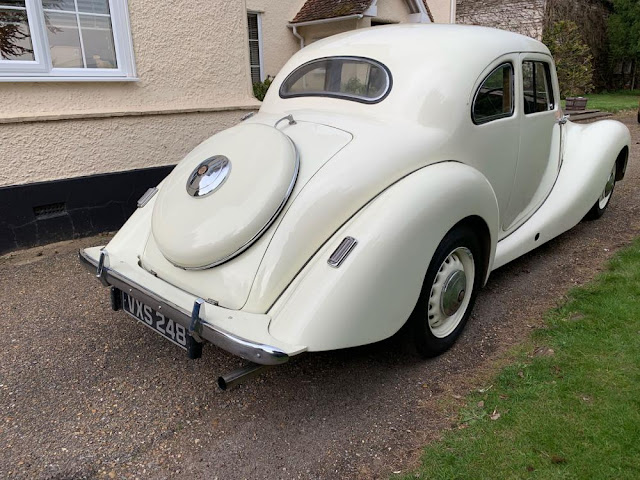 CLASSIC CHATTER
Powered By Dragons
Posted by jeffharris at 19:55