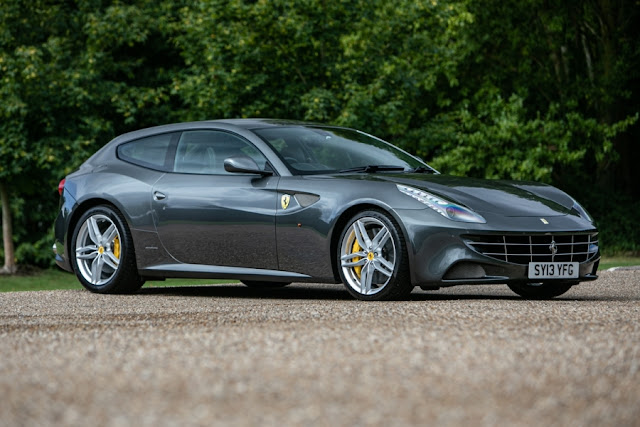 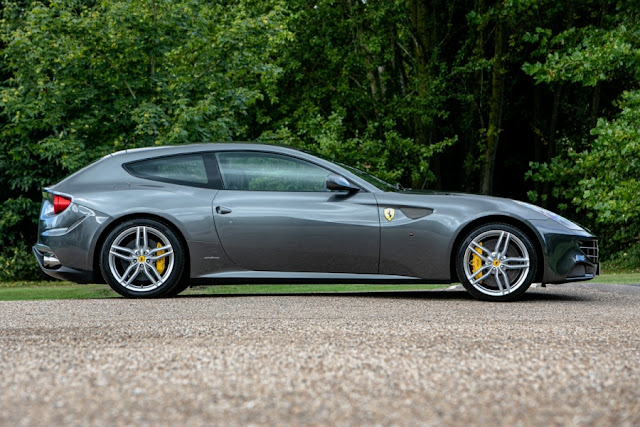 Making its world debut at the 2011 Geneva Motor Show, the Ferrari FF (an acronym of Ferrari Four, signifying its seat and driven-wheel count) was a shooting brake-styled four-seater offering buyers a first: a full-size Grand Tourer with a 651bhp V12 engine and four-wheel drive.
The car was designed by Pininfarina under the direction of Ferrari’s own chief designer, Flavio Manzoni. Maranello had previously dabbled with four driven wheels in the 1987 408 Integrale concept, but the V12-engined FF is the first Ferrari to make series production with such a system.
This all-wheel-drive system, patented 4RM, is said to weigh 50 per cent less than a conventional setup, helping maintain close-to-ideal weight distribution (47/53 front/rear). It works in tandem with the car’s numerous electronic dynamic control systems, adjusting torque distribution between the four wheels depending on conditions and terrain. The FF also boasts a magnetorheological damping system and carbon-ceramic Brembo brakes.
As well as being the first four-wheel-drive Ferrari, it’s described as the company’s most versatile four-seater ever, with best in class cabin space and boot capacity figures. At 4907mm long, 1953mm wide and 1374mm high, it’s almost identical in size to the V12 four-seater it replaced, the rear-wheel-drive Ferrari 612 Scaglietti, however, with its rear seats down it boasts almost three times the boot capacity (800 litres) and with them up (450 litres), it can hold more than a Renault Scenic!
Powering all four wheels for the first time is a naturally aspirated 6.3-litre V12 direct-injection engine (a descendant of the V12 that featured in the Enzo) with 651bhp (at a howling 8000rpm) and 504lb ft of torque. These figures are enough to hustle the 1790kg FF (dry weight) from 0-62mph in a claimed 3.7sec, while the top speed is a distinctly 'supercar-Esque' 208 mph.
The car presented here is a UK-supplied right-hand drive 2013 Ferrari FF, in a discreet colour combination with a well-considered specification. Purchased by our privateer vendor in 2018, this striking car has covered a meagre 17,500 miles and has a full Ferrari service history, having just benefited from a recent service, whilst also having a one-year Ferrari ‘Power’ warranty.
The specification includes: Diamond-cut alloys, a front lift system, Scuderia badges, yellow brake calipers, lots of leather including the roof lining, parcel shelf and ventilated Daytona seats, advanced lighting system, front and rear parking sensors with camera, Ferrari tracker, premium Hi-Fi and new Pioneer ICE which has Apple Car play.
Guided at a competitive level in today's market, some say the FF drives better than the GTC4 Lusso that recently replaced it, but who are we to say?! 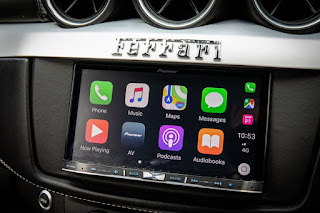 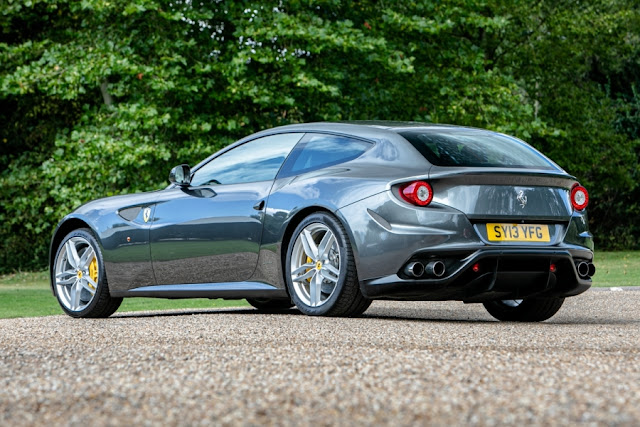 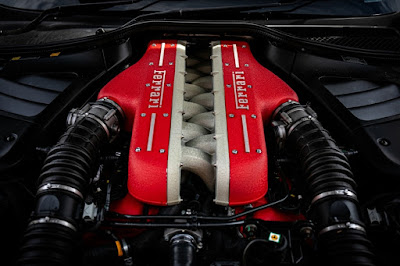 CLASSIC CHATTER
Powered By Dragons
Posted by jeffharris at 14:30