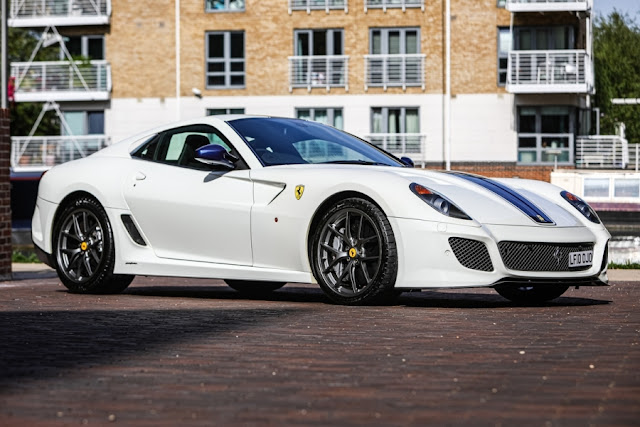 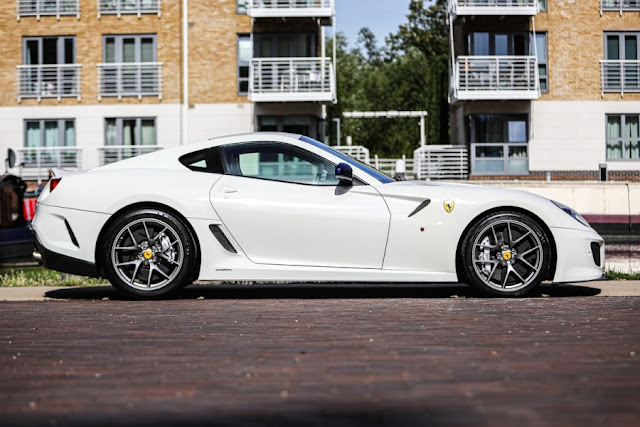 The letters 'GTO' are rarely used by Ferrari and are reserved exclusively for their fastest road car at the time. For example, on both previous occasions, the 1962 250 GTO and the 1984 288 GTO were the fastest and most exclusive Ferrari models respectively. Hence the model designation of the 599 GTO when launched, simply their fastest ever road car and the rarest model of the day, with just 599 produced globally by the factory.
Power is 670PS and 670 N.m of torque from the 6-litre V12, normally-aspirated engine and the 0-62mph time is a remarkable 3.2 seconds on its way to a top speed of 208mph. The F1 gearbox features the multi-shift programme from the 599XX race car as well as the race-tuned exhaust, which means this car sounds as good as it looks!
This particular right-hand drive car was supplied new by Ferrari Singapore on 9th December 2010 and remained in Singapore until 2017 where it was regularly serviced by the supplying official Ferrari dealer every year on the 20th December 2011 at 2,706 km, the 17th November 2012 at 4,745 km, the 23rd November 2013 at 6038 km, 6th December 2014 at 7,320 km, the 8th December 2015 at 8,559 km and the 21st December 2016 at 10,075 km. Today, it has covered just 10,920 km from new which equates to about 6,800 miles.
The official Ferrari service book is the same throughout the world these days and all the dealer stamps are clearly visible confirming the history and mileage as genuine. All UK taxes are now paid and the car now conforms 100% to the same specification as a UK-supplied example, as confirmed by letters from Ferrari in the history file supplied with the car.
The rare colour of Avus Bianco with Tour de France Blue stripes on the bonnet was only available by special order making this a very rare car. In fact, only 60 or so of the 599 GTOs ever made were built in right-hand drive - so this may be the only right-hand drive model ever finished in White with Blue racing stripes and consequently unique.


Sitting in the carbon fibre racing seats with the 4-point racing harnesses fastened instantly makes you feel at one with this serious grand tourer, and the thought of all the world’s amazing touring routes and fast challenging mountain roads seem a dream definitely worth making real! Especially when priced to sell today at about half of their value just two to three years ago. What an opportunity! 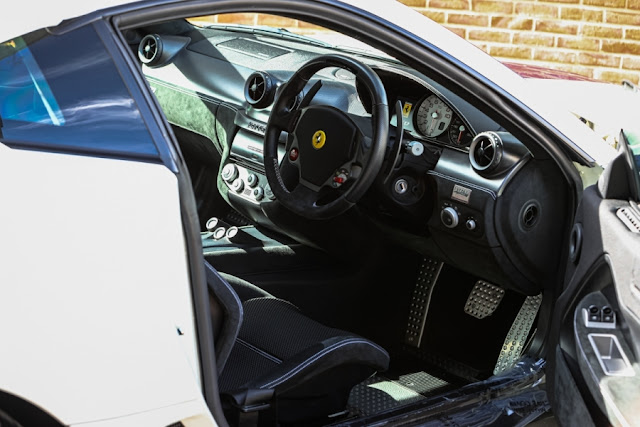 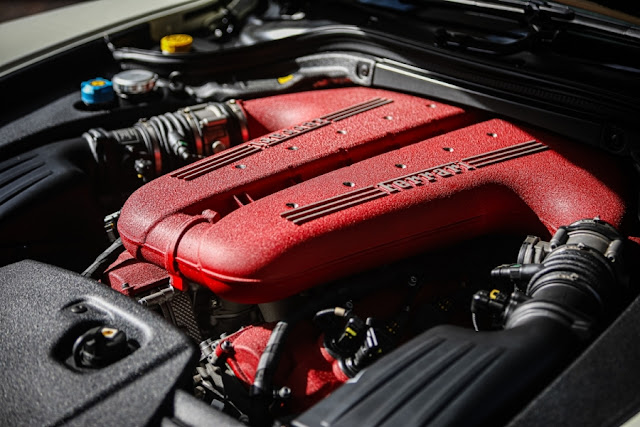 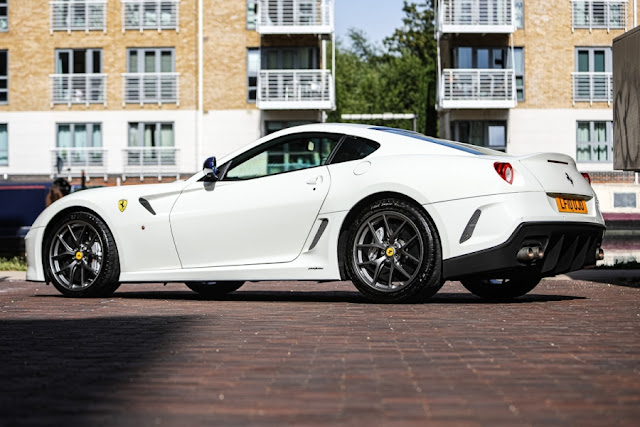 CLASSIC CHATTER
Powered By Dragons
Posted by jeffharris at 14:06