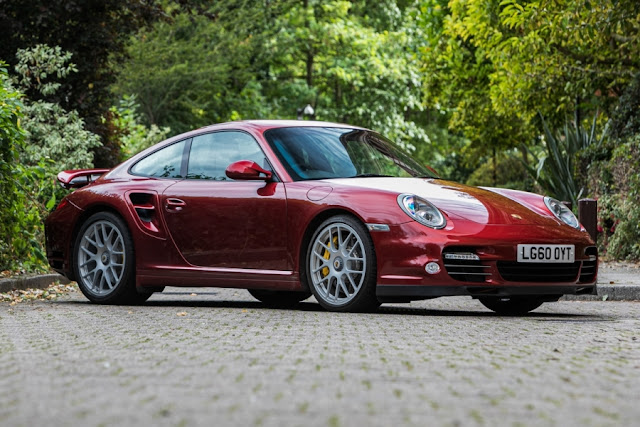 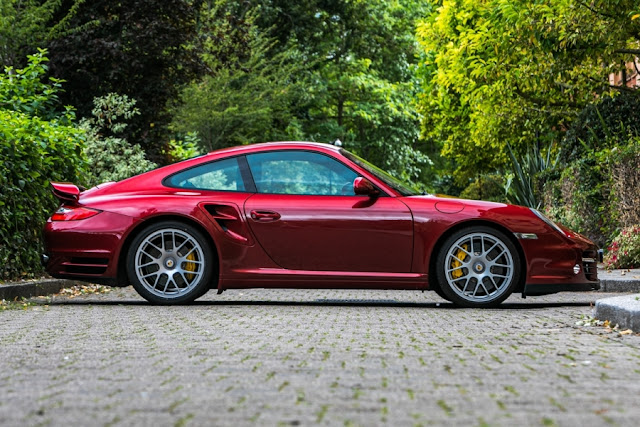 The facelifted version of Porsche’s 997 Turbo was unveiled at the 2009 Frankfurt Auto Show. It was fitted with a completely new 3.8-litre engine generating a maximum power output of 530bhp, thanks to revised Borg-Warner variable turbine geometry (VTG) turbochargers, whilst the optional 7-speed PDK dual-clutch gearbox replaced the Tiptronic. With PDK and the also optional Sport-Chrono package, which includes the availability of electronically controlled launch control and an over-boost function for temporarily increasing the turbo-pressure, Porsche claimed the 911 Turbo would accelerate from 0–62 mph in 3.4 seconds and before reaching a top speed of a staggering 194 mph.
Porsche has traditionally raised the appeal of the 911 Turbo during the latter part of its lifecycle with a heavily optioned 'S' model and the 997 Turbo is no exception. The twin-turbocharged 3.8-litre engine of the regular Turbo model has been subtly tweaked to boost performance and receives a nominal 1.0 bar of boost (against 0.8 bar on the standard version) along with lightly modified turbocharger vanes and a carbon fibre air manifold to endow the S with 530bhp and a continuous (not over-boosted) 516lb ft of torque. That’s 30bhp and 37lb ft more than the Turbo resulting in a class-leading (at the time) 0-62 mph in 3.1 seconds although the top speed remained unchanged.
This powerful, second generation, 997 Turbo S was delivered through Porsche Centre Reading on the 30th September 2010 resplendent in the rare colour of Ruby Red Metallic. Combined with the very well optioned black leather interior, the car presents as a refined Grand Tourer, but with ‘supercar’ performance. This Turbo S has been looked after by authorised Porsche service centres at the following intervals:
22/10/2012 Porsche Centre West London at 8,094 miles
22/07/2015 Porsche Centre Solihull at 13,429 miles
27/01/2017 Porsche Centre Brooklands, Surrey at 18,683 miles
25/01/2019 Porsche Centre Brooklands, Surrey at 25,298 miles
Purchased by our vendor, a long-standing and regular customer of Silverstone Auctions, on the 30th August 2017 the Turbo S joined a varied stable that included a Ferrari FF and Astons DB5, DB6 and V8 Volante. With business and charity commitments keeping him busy, the car has only travelled some 4,000 miles in his ownership. Now showing 25,393 miles, this pristine Porsche is presented to auction in superb order with a history file, service book, tool kits, fresh MOT, UK V5c and a Porsche Approved Warranty until 27th January 2020, buyers are minded to check transfer details and cost.
Combining earth-shattering performance with genuine day-to-day usability, the Turbo S is untouchable, and in this delightful colour combination and sensibly guided, appears irresistible. 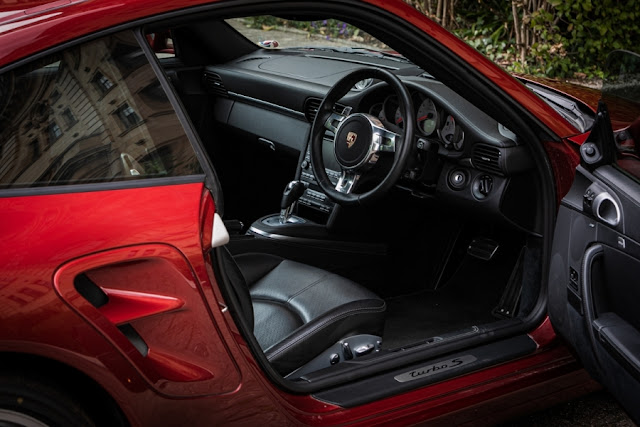 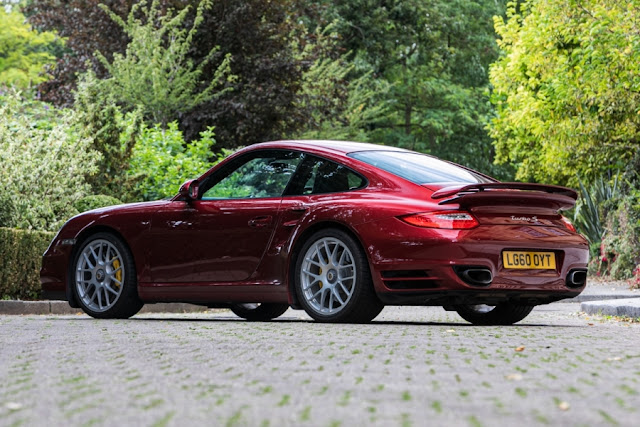 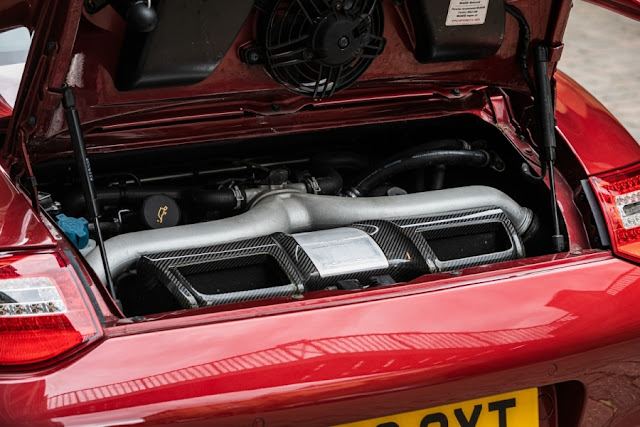 CLASSIC CHATTER
Powered By Dragons
Posted by jeffharris at 19:13