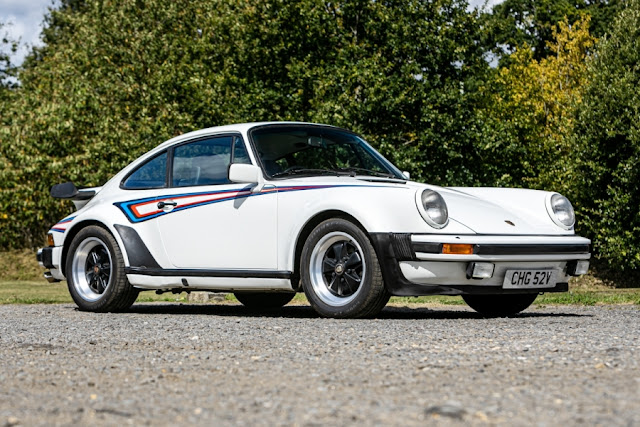 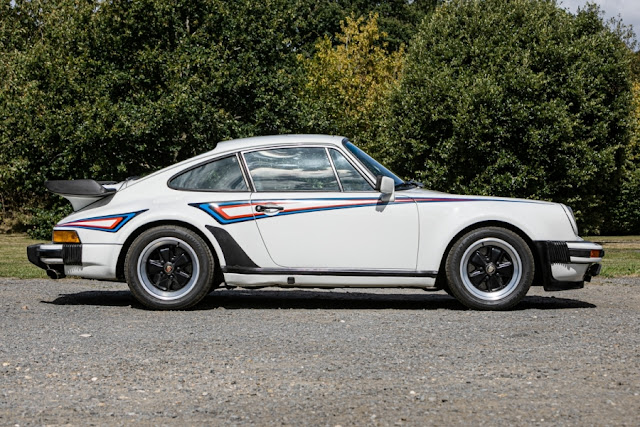 Having accrued a wealth of experience of turbocharging air-cooled engines from their racing program, it seemed to make perfect sense for Porsche to utilise that knowledge by applying it to their famous rear-engined sports car, and consequently, at the 1973 Paris motor show, they unveiled a prototype turbocharged 911, the ‘Type 930’. Porsche engineers tested both the 2.7 and 3.0-litre engines, with the 3.0 air-cooled flat-six (that could trace its origins back to the 911 RSR) being chosen as it produced more torque low down. By attaching a Kühnle, Kopp and Kausch (KKK) turbocharger, the 930 was the most powerful production Porsche thus far and, suddenly, the 911 was a supercar. The production-ready 911 Turbo was shown at the Paris show in autumn 1974 and not surprisingly in an era when turbocharging was seen as rather exotic, captivated the world's motoring press. Rightly, it was billed as a supremely fast and luxurious flagship model, combining ballistic performance and head-turning looks with air conditioning, electric windows and other creature comforts. In 1977/1978, capacity went up from 3.0 to 3.3 litres and an air-to-air intercooler was positioned under the rear spoiler. The spoiler was re-profiled and raised slightly to make room for the intercooler assembly and this meant saying goodbye to the ‘whale-tail' and welcoming the equally distinctive ‘tea-tray'.
First registered on 12 June 1980, this UK, right-hand drive, 4-speed Porsche 911 Turbo was, according to documents within the history file, supplied by Gordon Ramsey Ltd, Newcastle. An official letter from the Porsche Club Great Britain addressed to a previous keeper confirms that this car is recognised as an original Martini car and as such is a rather desirable model. Now showing 102,100 miles, the car presents very well having been subject to a fairly recent repaint and regularly maintained to a very high standard supported by invoices and documents found within the substantial history folder. Recent work includes having the wheels professionally refinished, a full service and the car is offered with a clean MOT expiring on 16 August 2020.
Here is an opportunity to own a sparkling 930 Turbo wearing Martini stripes that certainly makes it stand out from the crowd. Sure to be the talk of every classic car show, this eye-catching Turbo really is a ‘snapshot’ of Porsche’s long-term partnership with Martini and Rossi. 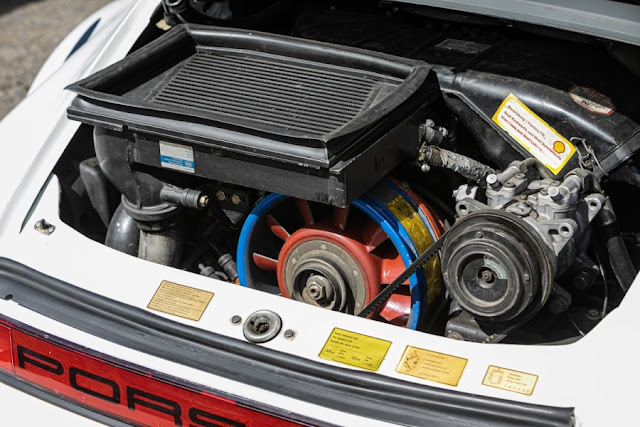 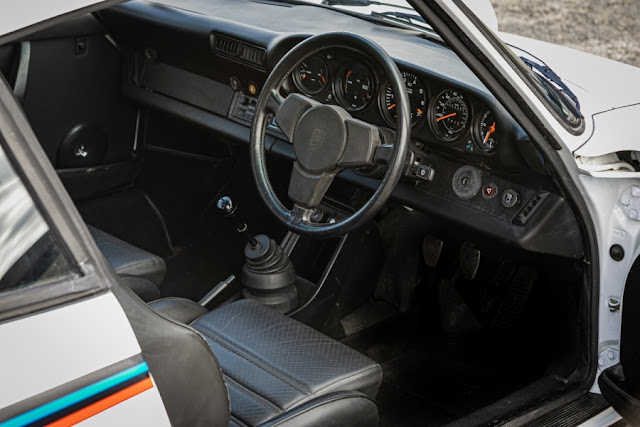 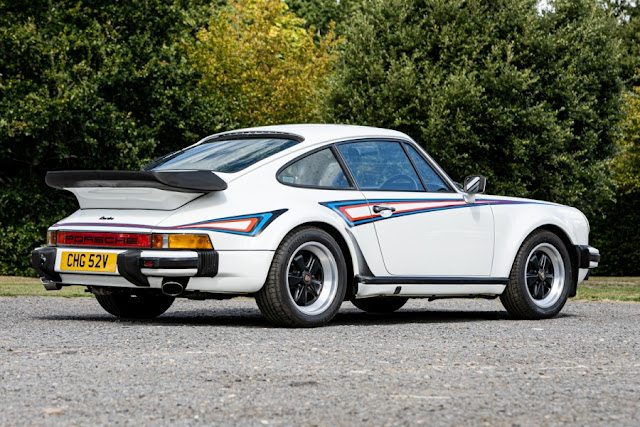 CLASSIC CHATTER
Powered By Dragons
Posted by jeffharris at 19:31