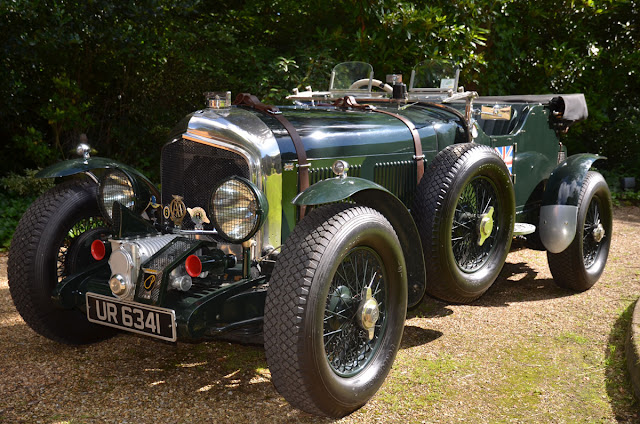 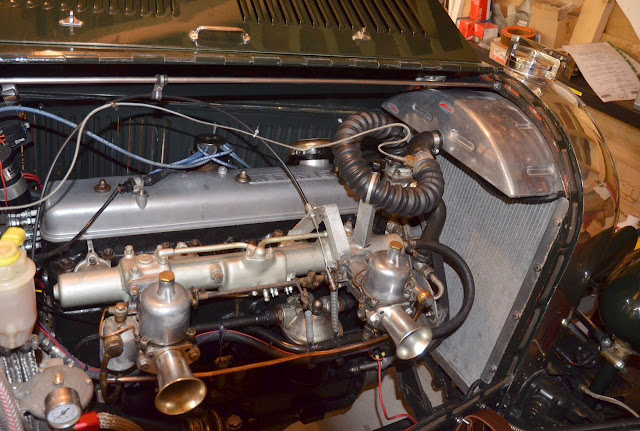 In 1951, a ​4 1⁄2-litre, 4.6 L (4,566 cc/278 cu in) version of the engine was introduced. The increase in displacement was accomplished by increasing the bore from 3 1/2 inch to 3 5/8 inch. The later version is sometimes casually referred to as the “big bore” engine, the earlier version as the “small bore” version. The 4 1/2 L version of the engine is as well equipped with a Vokes 30 (later: Vokes 62) full-flow oil filter (some earlier 4 1/4 L cars have since been modified to a full flow filtration system).
Bentley Motors lost no time in race-proving its new car. It is believed that the first prototype engine went into the 3-Litre chassis of the 1927 Le Mans practice car.
The car on sale today, UR6341 has been designed as a replica similar to UR6571 the Number 4 Team Bentley Blower. A little more affordable, though still a show-stopper, UR6341 started life as GVH 359 and is offered with all original numbers with the original registration included on a retention certificate. Built on a MkVI chassis modified by Bob Petersen, the Bentley was fitted with a Vanden Plas Le Mans 4 seater open tourer body with authentic ash frame skinned in aluminium by Carrosserie of Barnard Castle who also designed the pantograph hood and frame and trimmed the tonneau cover and full weather equipment.
This fitting tribute stands proudly on 19” spoke wheels manufactured by Petersen fitted with authentic Dunlop Racing tyres. The engine was completely overhauled including new pistons, mains, big-ends crankshaft ground and nitrided with new prop-shaft manufactured for her shortened and lowered racing chassis. The gearbox was stripped and completely overhauled including new shafts, gears and bearings as required with strengthening modifications. A lightweight aluminium cooling system was installed along with a six branch stainless steel competition exhaust system and high-ratio limited-slip differential, Lumenition electronic ignition, new 60 amp alternator and hydraulic brakes all round with twin vacuum servo units as in modern single-seater racing cars. This design was fully documented by Tony Soameson of APS Engineering who built the car for himself between 2001 and 2004 regardless of cost. With her beautifully machine-turned aluminium dashboard and accurately calibrated instruments, the car is designed to be driven and enjoyed on modern roads, not simply to be an ornament.
This is a unique chance to own a very Special Bentley with documenting photograph proudly displayed on the cover of one of Ray Roberts “Bentley Specials and Special Bentleys” publications. Ray himself photographed the car when it received an award at the Bentley Drivers’ Club Annual Concours d’Elegance.
With an extensive history file, all-weather equipment, a copy of Ray Roberts publication showing the car on the front cover, personal e-mail from Mark Gauntlett enclosing a photograph of his father Victor (the then owner of Aston Martin) driving UU5872 the No. 2 Team Blower at Le Mans, full tools, R-type workshop manual and the required servicing schedule the new owner will hopefully enjoy her as much as the last owner has done for more than a decade.
As Bob Gathercole the Godson of W.O. once said, “The use of modern technology where necessary for compatibility with modern traffic is a logical progression that my Godfather W.O.Bentley would certainly have approved of”. 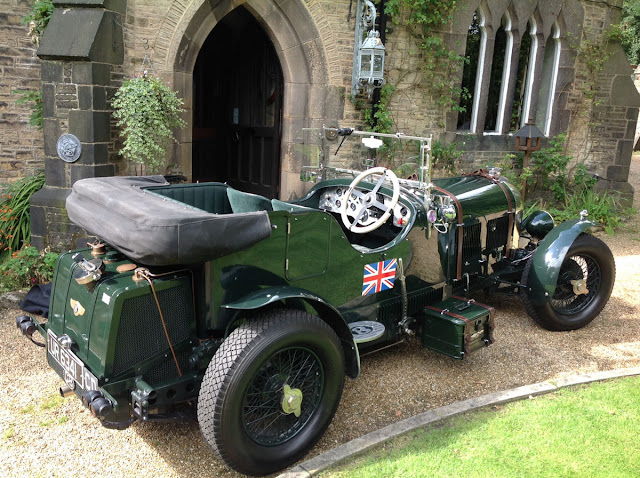 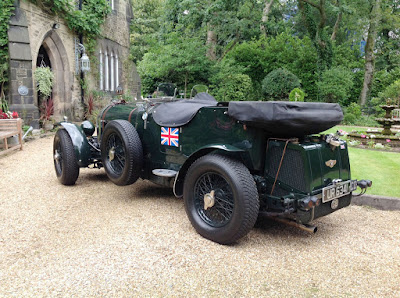