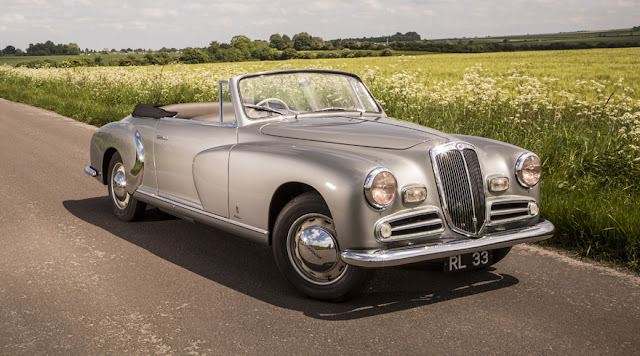 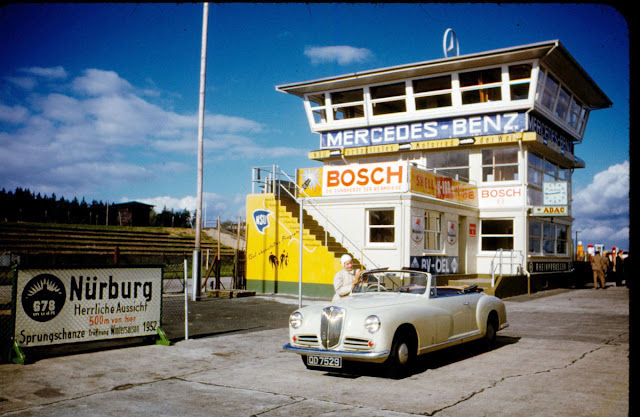 Designed by the great Vittorio Jano, the Lancia Aurelia was worthy of the imagination and standards of Vincenzo Lancia. Alongside the unitary construction Aurelia B10 saloon, Lancia produced a platform chassis for bodying by independent coachbuilders, designated B50 or B51 (with different gearing/tyres) and powered by the legendary V6 engine.
Most of the major Italian design houses built small series of cars on the B50 platform, usually coupes and a few saloon cars from Vignale, Allemano, Castagna, Bertone, Ghia, Boneschi and Viotti, among others. However, the first to body the B50 chassis was Pinin Farina, who arguably created the most attractive design to grace the platform, an elegant 2+2 convertible. Of the nearly 500 B50 chassis made, 265 were this model. The Pinin Farina cabriolet was the most in-demand among the coach-built Aurelias. Such was its appeal that the Pinin Farina Cabriolet was offered as an official catalogued model of the factory, through all factory Lancia dealers. With the production of coach-built Alfa Romeos in decline, the Aurelia was Italy’s prestige car of choice. Their fine detail, fit and finish marked them as the equal of any luxury model of the post-war period.
This stunning Lancia Aurelia is believed to have been the Geneva Motor Show car of 1951, later sold to a Mrs Nancy Payne-Jennings from England. She sadly passed away within a year of purchasing the car and in August 1952 the Aurelia was sold to an American, Mr Jenkins of Virginia, who undertook an extensive tour of the UK and Europe.
During the tour he commissioned the world-famous Parisian Carrosserie, Saoutchik, to further enhance the Aurelia, including various features such as the chroming to the rear flanks, auxiliary front lights, perforated silencer covers and extensive chromework to the interior, hood frames and door shuts. Indeed, this chromework is a well-known “signature” of Saoutchik’s work of the period.
Mr Jenkins retained the car for over 40 years, keeping company with his Mercedes 300SL, until his death in 1995, when it was inherited by his son Todd. He sold it in 1997 to a Mr. Rick Fitzgerald, a Los Angeles based professional car restorer who began a meticulous restoration on the Lancia for his own personal use, which was finally completed in 2005. The car was an excellent candidate for the extensive restoration as it had covered what is believed to be barely 34,000 kilometres and needed no welding work.
Complemented by its black hood and grey leather, the Grigio Conchiglia (shell grey) livery of this Aurelia B50 Cabriolet is subtle, elegant and perfectly suited to its clean and classic design. Finished just prior to the 2005 Pebble Beach Concours d’Elegance, the Aurelia was invited to enter a class devoted to the cars of the Pinin Farina design house and coachbuilder. The car won the third-place prize against formidable competition within the class, later being sold via the same event in 2006.
In 2009 the B50 was shown at The Quail, a Motorsports Gathering in Carmel Valley, California. In current ownership, the B50 has been driven circa 3,000 trouble-free miles and is as impressive as it was when it first emerged from the restoration. The Aurelia has attracted much media attention and has been featured in Auto Italia (December 2018) and Classic & Sportscar (August 2017).
Comprehensively restored and showing a mere 44,000 kms in 68 years, this Saoutchik-adapted Lancia is a unique and beautiful example of a rare and important piece of the great marque’s history. The Aurelia is acknowledged to be one of the greatest post-war cars ever built, with advanced engineering and design well ahead of its time. For one of the most elegant and sophisticated representations of the model, look no further than this superb Pinin Farina convertible. This Lancia Aurelia is complete with original tools, Drivers Handbook and original Brochure and a fitted bespoke car cover. 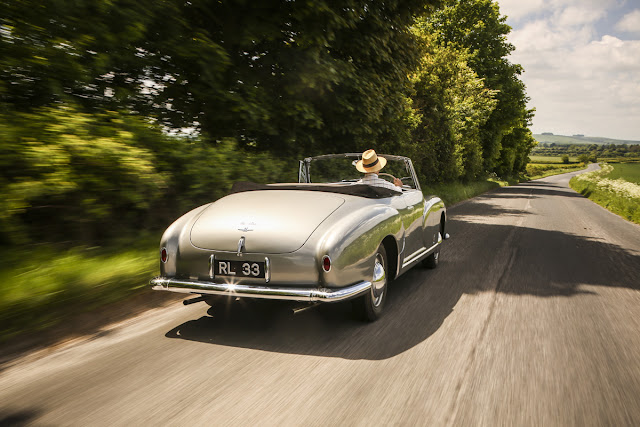 SOURCE: https://www.coys.co.uk/cars/1951-lancia-aurelia-b50-cabriolet
SELECTED BY THE SQUIRREL