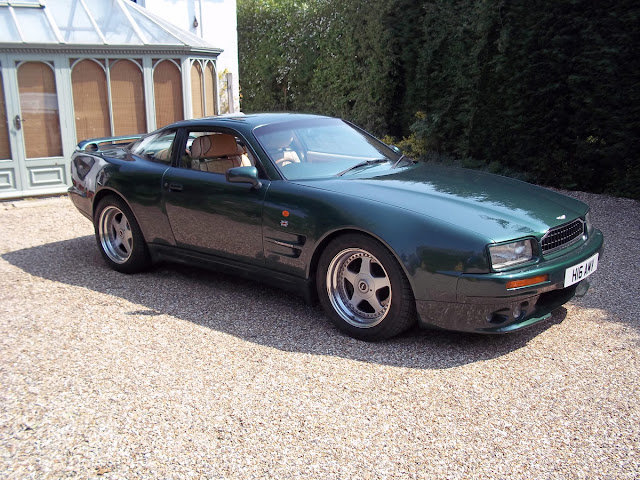 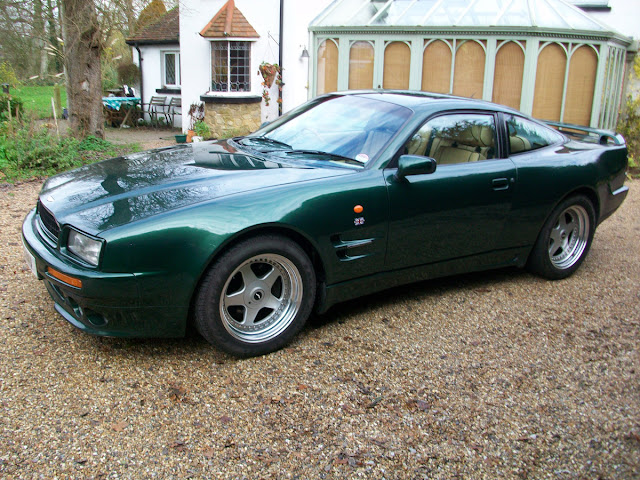 Shown at the 1988 Birmingham Motor Show in Coupe form, with first deliveries in 1990, the sensational new Virage re-stated its forerunner’s muscular looks in the modern idiom, slightly narrower but with increased interior space. With 330bhp, a top speed approaching 160mph was possible and 60mph in under 7 seconds. By 1990 the Virage Volante was announced, with first deliveries in 1992/3. Meanwhile, Aston Martin’s Works Service had developed and produced a high-performance version of the Virage Coupe equipped with a host of upgrades to improve the overall performance still further.
In 1992, Aston Martin had just announced the option of a 6.3-litre conversion available to owners of both the coupes and the Volantes. The new Virages would go directly across the road to the Works Service, where much of the bodywork was immediately replaced. Many of these Virages received the upgraded bodywork but retained the original 5.3-litre engine. They are often referred to as ‘Wide Body’ cars due to the enlarged wheel arches, such as the example offered here. Other changes to the bodywork included an enlarged front air dam and a mostly aesthetic bolt-on rear spoiler.
Ordered new by Mr Kevin Harrington of London in November 1988, this example was built to order and first registered in August 1990. A copy of the original order form confirms the car was delivered in Buckinghamshire Green with Burgundy leather trim and was fitted with a manual gearbox. In April of 1992, the car was sent for its interval service and the owner requested that the Works Service converted the car to ‘Wide Body’ cosmetic specification.
Following the transfer of the car to the second owner, Mr Christopher Ross of the Ricardo Group, in 1995; the car was immediately sent to the Tickford workshop where the engine would receive the full 6.3-litre upgrade. During this work, the interior was also refreshed by renowned coach trimmers, Gary Wright.
In 2006 the car passed to the sixth and current owner who has had the car looked after by the specialist Aston centre at Forest Row. It recently benefitted from £15,000 of service works carried out with Rikki Cann and a further £2,130 with the Aston specialist in Forest Row, Newland Motors. The car recently had fresh paint which was carried out by classic car specialist T. Fuller with all windows removed and new seals fitted at a cost of nearly £8,000. It also has a comprehensive history folder from each owner from when it was new and we are advised this spans four folders. When you consider the cost of this Virage new was £127,000, the bodywork conversion was a further £31,000 and the engine upgrades an astounding £90,000; this car is remarkable value for money and with a history file beyond reproach. An extraordinary example and one which is likely not to be repeated. 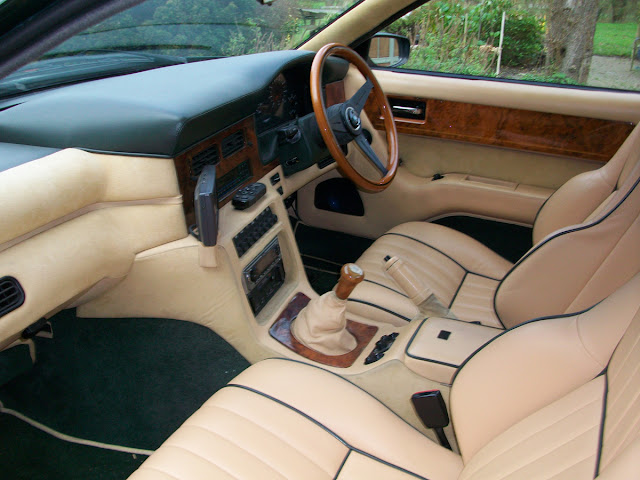 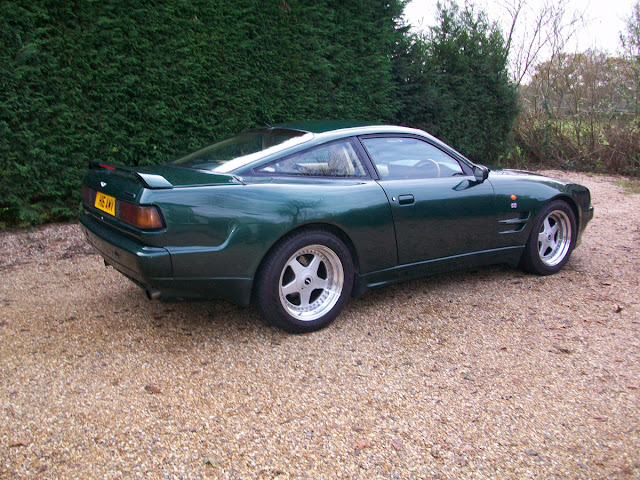 SOURCE: https://www.coys.co.uk/cars/1990-aston-martin-virage-6-3-wide-body
SELECTED BY THE SQUIRREL