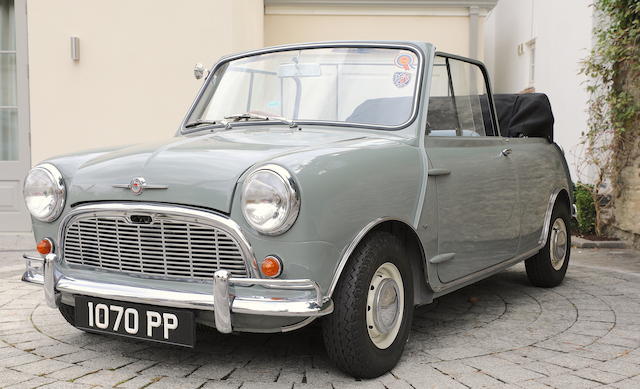 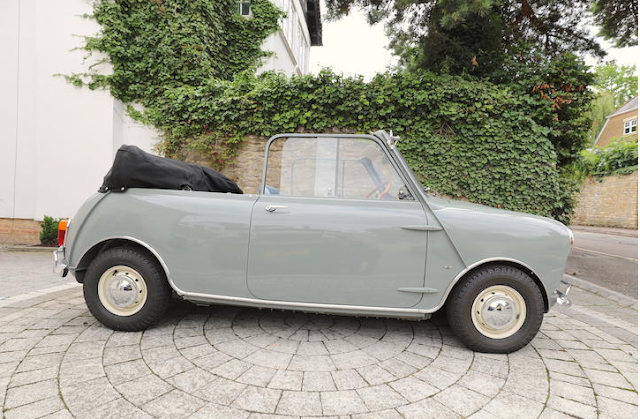 "Crayford Mini Sprint was developed and tested over many thousands of miles and has scientifically engineered chassis developments, to give improved rigidity. The superb roadholding and handling of the standard car is, if anything, enhanced. The wonderful spacious interior is almost exactly as standard. The car simply has a folding top. A sleek, clean design, built by leading hood manufacturers of England, in tough good-looking 'Vynide', with a rear window as large as the saloon. Easily let down, and if necessary, put up, from the driving seat. A real convertible for the family man – The Crayford Mini Sprint. The car to get you there quickly, safely, and more economically, with fresh air and sunshine to hand." – Crayford Engineering.


Founded in 1962 by Jeffrey Smith (engineer and designer) and David McMullan MBE (sales), coachbuilder Crayford was based in Westerham, Kent, specialising in the conversion of coupés and saloons into convertibles and estates.
First registered in December 1964, the car offered here is a very early example of Crayford's BMC-approved convertible Mini conversion and is fitted with Crayford upgrades such as the 998cc Mini Cooper engine. A resident of Buckinghamshire, the first owner kept the Mini until the 1980s.


While belonging to the previous owner, the car underwent a full no-expense-spared photographically documented restoration during 2015/2016 using many genuine new-old-stock parts. The rebuild included a full mechanical overhaul (engine, gearbox, carburettors), a professional repaint, and interior re-trim. Upgrades incorporated at the same time included rare Microcell reclining seats, a Les Leston wood-rimmed steering wheel, and Cooper S wheels and disc brakes. Some measure of the restoration's quality may be gained from the fact that this Sprint won the John White Trophy at the Beaulieu National Mini Cooper Day in 2016, and was short-listed for Best In Show at Goodwood Revival that same year.

Finished in Tweed Grey with blue/grey interior, the car is offered with an owner's handbook, an old-style logbook, current MoT, and a V5C Registration Certificate. Crayford Mini Sprints are exceedingly rare, and this beautifully restored example is quite possibly the best there is. 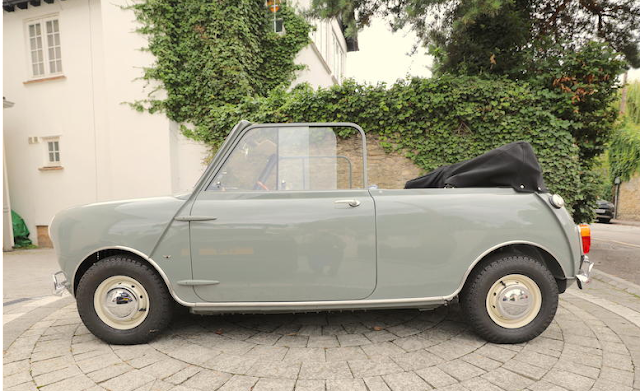 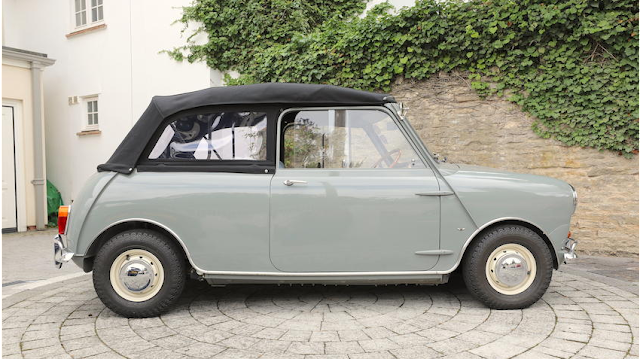 SOURCE: https://www.bonhams.com/auctions/25455/lot/638/
SELECTED BY THE SQUIRREL