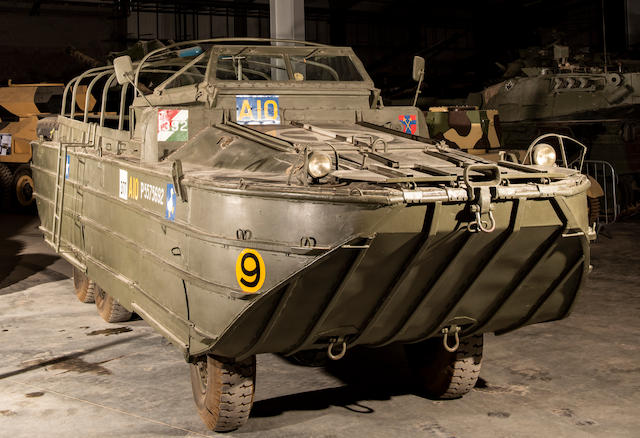 Sold on behalf of a British Army charity


Registration no. not registered
Chassis no. 3535039
*Iconic WW2 amphibious vehicle 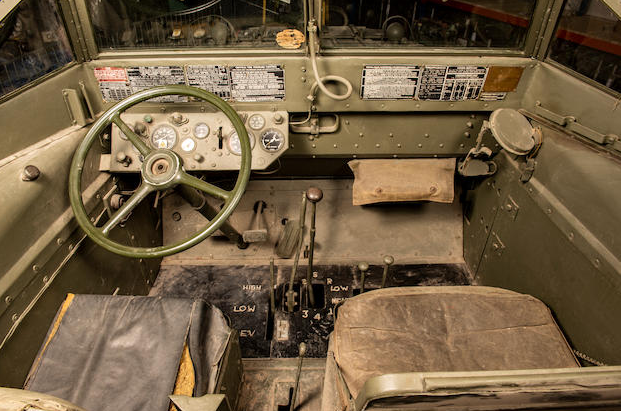 One of the most instantly recognisable military vehicles to emerge from WW2, the amphibious DUKW was developed in the USA by the National Defense Research Committee and the Office of Scientific Research and Development. The DUKW prototype was based on a GMC truck chassis, to which was added a watertight hull and propeller. After initial rejection by the US military, the DUKW entered production at General Motors' GMC subsidiary in 1942. Powered by a GMC 270ci (4.4-litre) inline six-cylinder engine, the 6½-ton DUKW had a top speed of 50mph on the road and 5½ knots (6.3mph) on water. A noteworthy feature was the means to vary tyre pressures from within the cab, this being the first use of such technology.

The DUKW was not an armoured fighting vehicle, although some carried Browning machine guns; rather, it was used for ferrying supplies to invasion beachheads and evacuating the wounded. It was first deployed in the Pacific Theatre, while its first use in Europe was during the invasion of Sicily. Many DUKWs saw service on the Normandy beaches following D-Day. A little over 21,000 had been made by the war's end.

After WW2, DUKWs remained in service with military formations around the world, including with the UK's Royal Marines. This example comes with its Vehicle Data Card for the period 1966 to 1981 showing that it was last actively used, by the RAF, as a training aid. Cosmetically restored in 2010, the vehicle last ran circa 10 years ago and has always been stored indoors. We are advised by the vendor that it remains in generally very good condition, and is a very complete and original vehicle, although the engine has been drained of coolant and is thus a non-runner (the crankshaft rotates freely and the gears select).

A unique opportunity, this DUKW is the dream acquisition for the military vehicle collector, as well as being a potential promotional tool - there simply is no cooler vehicle from which to disembark at a riverside pub! Sold strictly as viewed. 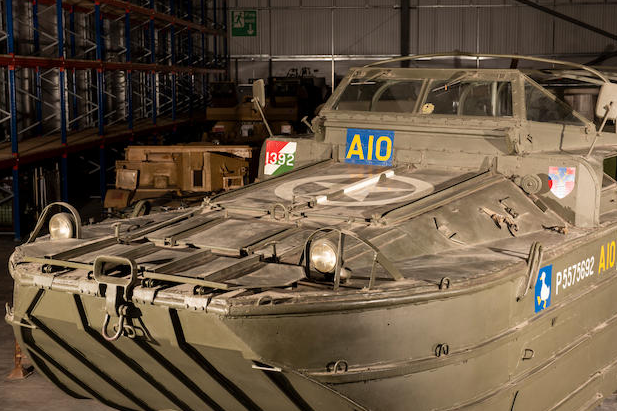 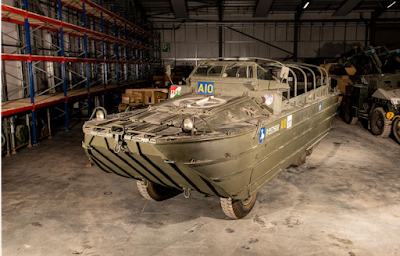