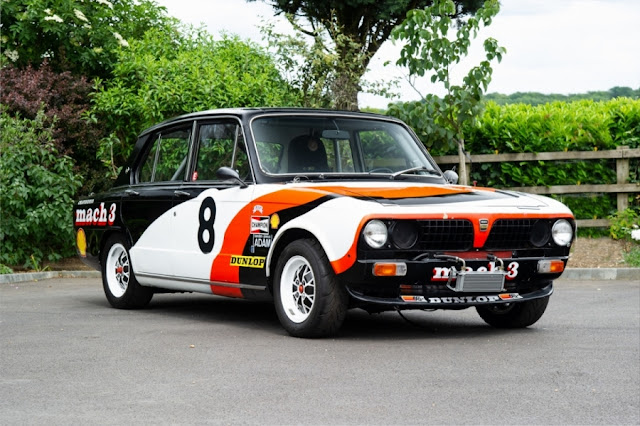 Although the Triumph Dolomite range, introduced in 1972, had proved to be refined and sporty, competitors such as BMW's 2002 had a performance advantage which was costing Triumph dearly, both in terms of sales and prestige. To remedy this, they unveiled the Dolomite Sprint in June 1973, although the launch had been delayed by a year, having been due to go on sale in 1972 alongside the main range.
A  team of engineers, led by Spen King, developed a 16-valve, single overhead camshaft head.  The capacity was increased to 1,998cc and combined with bigger carbs the output was upped to 127 bhp. This represented a significant increase over the smaller 1850cc variant, however, it fell frustratingly short of the original target of 135 bhp. As a result of this new engine, the Dolomite Sprint has a claim to be the world's first truly mass-produced multi-valve car and the design of the cylinder head won a British Design Council Award in 1974. The performance was excellent, with 0-60 mph taking around 8.4 seconds and a maximum speed of 119 mph.
We are informed that this particular Dolomite Sprint entered the 1974 Spa 24 Hours as part of a four-car team sponsored by Butch Tailors - the 'Butch Racing Team'. Car no. 46 was driven by Claude De Wael & Etienne Staelpart and the team also ran the car that finished 5th overall driven by the famous pairing of Tony Dron and Andy Rouse.  Whilst running very well in the top ten, this particular car (chassis 2110) unfortunately failed in the 23rd hour (listed as suspension maladies but believed to be a rear axle failure). The following year, it's believed the car was entered in the 1975 Spa 24 hours, again as part of the Butch Racing Team entry. The car was eventually to end up in the ownership of Nelio Brunetti, along with its sister car # 3353. Brunetti continued to use this car in European Touring Car events held mainly in Belgium and Italy.
Believed to have been last raced in 1981, # '2110' now remains exactly as it was when it returned from its last outing, in this distinctive Black, Orange and White colour scheme with sponsorship by 'Mach 3' (Belgian shoe-makers) and Brunetti's name on the roof. However, open the bonnet and boot lid and yellow paint from its original Butch Racing Team livery is still evident, confirming its originality. Since then '2110' and sister chassis '3353' have remained together for most of their lives passing through European dealers until they both ended up in the hands of Dirk Van Gorp, from whom the previous owner purchased it. For the past 2 years, the car has been professionally stored in dehumidified storage maintaining its period look.
A 'British Motor Industry Heritage Trust' Certificate accompanies the 'Dolly' and confirms '2110' was built on the 12th July 1973. The original wheels, along with various other components, are included in the sale. This car would be the perfect candidate to rebuild to Group 1 Historic Touring Car specification and obtain FIA papers to ensure that it is fully eligible for HTCC and some of the most prestigious events, including perhaps, the Gerry Marshall Trophy at the Goodwood Members Meeting, the Algarve Classic Festival and the Spa Six Hours Endurance weekend. In short, this Dolly needs adopting and returning to its former glory. 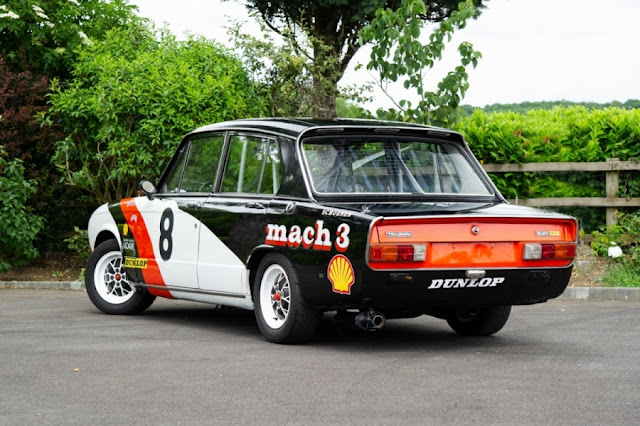 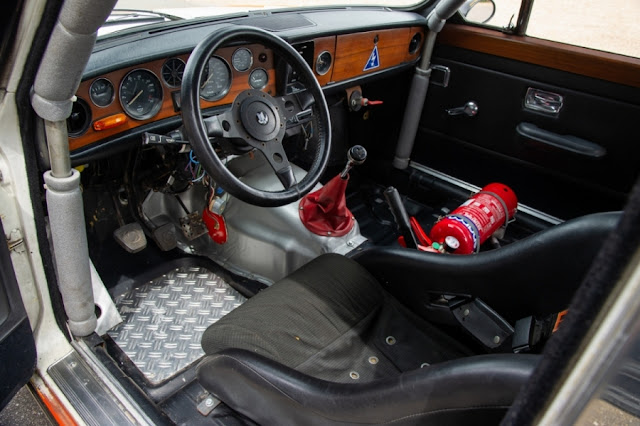