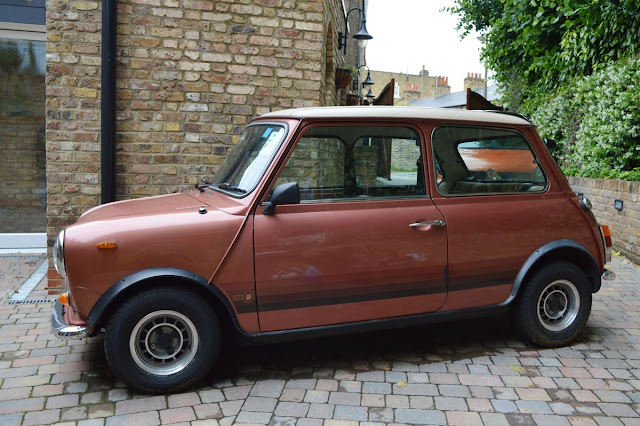 The 1100 Special was launched in August 1979 to celebrate the Mini’s 20th anniversary. Unlike most that came before, the 1100 Special was cosmetically and mechanically upgraded. Powering the car was a 1,098cc Clubman-specification engine, pushing out 45bhp and 57lb ft – and was the only non-Haynes fronted Mini to benefit from 1100.
Visually, the 1100 Special was spot-on. It boasted metallic paint in either silver or rose, graduated stripes, wheel arch extensions and standard-fit alloys. Inside, it was equipped with the 1275GT’s instrument pack and full-depth centre console. Contemporary advertising put it so well (underneath a very fetching interior shot) with its pithy tag-line, ‘You take the Daimler dear, I’ll drive the Mini’.
In the end, 5100 were built after the initial planned run of 2500 sold out in double quick time, forcing BL to run off an additional 2600.
This lovely and highly original Mini Special was bought by the current vendor on 24th November 1979, in 1984 the car was transferred to her father before going back into her name in 2001. Lovingly maintained and boasting all its original features, this is truly a time machine back to 1979 and would be a superb addition to any collection. 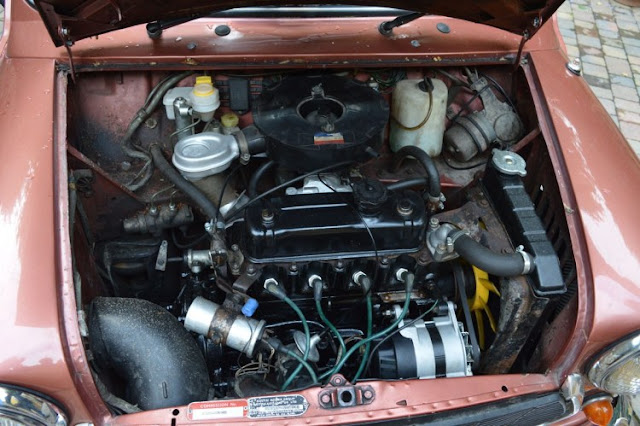 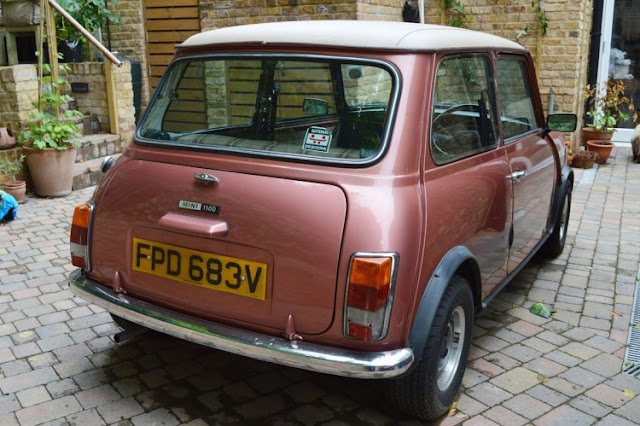 CLASSIC CHATTER
Powered by Dragons
Posted by jeffharris at 15:08