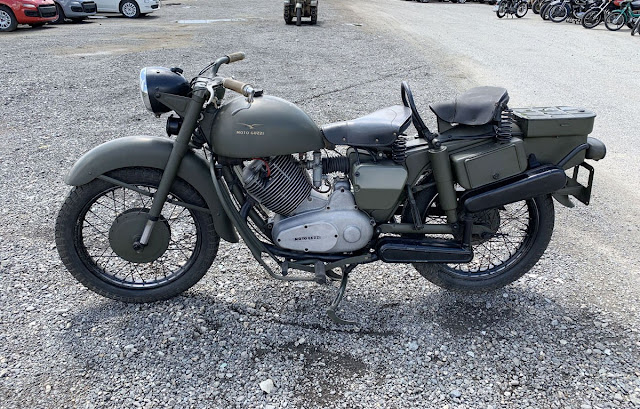 Moto Guzzi was conceived by two aircraft pilots and their mechanic serving in the Corpo Aeronautico Militare (the Italian Air Corp, CAM) during World War I: Carlo Guzzi, Giovanni Ravelli and Giorgio Parodi. Assigned to the same Miraglia Squadron based outside Venice, the three became close, despite coming from different socio-economic backgrounds. The trio envisioned creating a motorcycle company after the war. Guzzi would engineer the motorbikes, Parodi (the son of wealthy Genovese ship-owners) would finance the venture, and Ravelli (already a famous pilot and motorcycle racer) would promote the bikes with his racing prowess. Guzzi and Parodi (along with Parodi’s brother) formed Moto Guzzi in 1921. Ravelli, ironically, had died just days after the war’s end in an aircraft crash and is commemorated by the eagle’s wings that form the Moto Guzzi logo.
Carlo Guzzi and Giorgio Parodi, along with Giorgio’s brother Angelo, created a privately held silent partnership “Società Anonima Moto Guzzi” on 15 March 1921, for the purpose of (according to the original articles of incorporation) “the manufacture and the sale of motorcycles and any other activity in relation to or connected to metallurgical and mechanical industry”.
This rare 350 Military Prototype is offered for the first time in many years, having been restored and added into this significant collection of WWII and post-war military vehicles. Humbled to invite such a lovely looking motorcycle to the sale, this would make an interesting addition to any collection.
Offered at No Reserve on 18th May 2019 at Chiswick House. 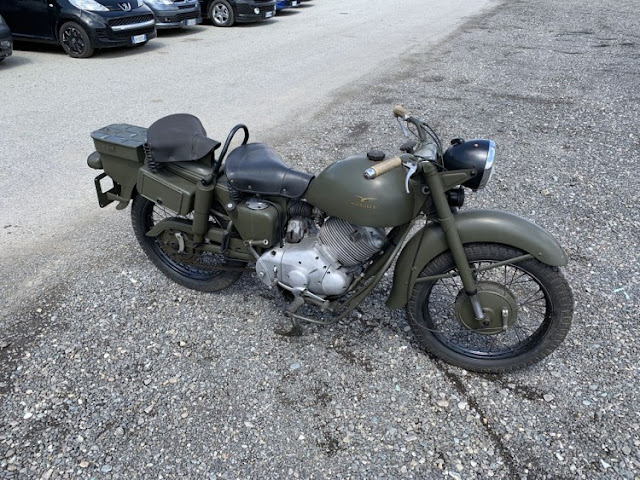 CLASSIC CHATTER
Powered by Dragons
Posted by jeffharris at 08:49