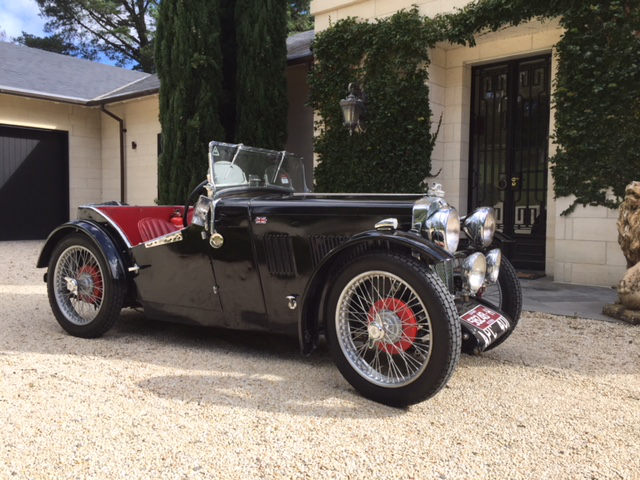 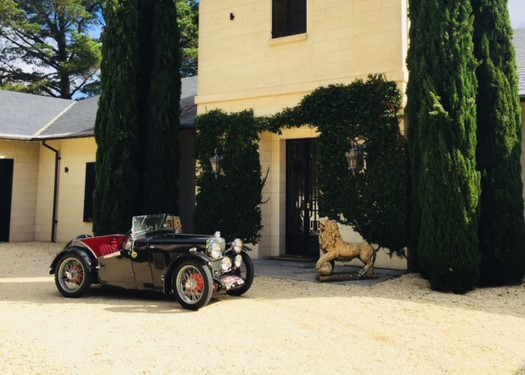 Developed from the first Midget - the M-Type - and introduced for 1933, the J-type refined the qualities of the immediately preceding 'C' and 'D' types, reaffirming the classic MG look which would characterise the marque's sports cars until well into the 1950s. The range comprised the J1 four-seat tourer, J2 two-seater and J3 and J4 competition variants. With its deeply cutaway doors, fold-flat windscreen, and fixed cycle-type mudguards, the J-Type revealed its race-bred pedigree in every line and set the British sports car fashion for many years. Today the model is one of the most sought after of pre-war MG sports cars.
Although the J1 was designed as a four-seater, the 'Special Sports' option meant that the car could be ordered with just two seats and a 'parcel shelf' in place of the back seats. This particular J1 Midget was ordered as a two-seater and was delivered new through MG main dealer Hazlemere Motor Co Ltd to Jim Gammon, brother of the racing driver, Ken Gammon. Its next owner, from 1937, was Leslie Hawthorn of The TT Garage in Farnham.  Leslie was a well-known motorcycle racer, all round motorsport enthusiast, and father of a certain Mike Hawthorn, Britains first Grand Prix World Champion. In his biography, 'Challenge me the Race', Mike mentions that it was at the age of nine that he first decided to become a racing driver and having been born in 1929 that would have been in 1938, shortly after his father purchased this J1. Sharing a passion for fast driving, it's almost certain that car-mad father and son would have been tearing about the countryside in his new MG and, it's not beyond the bounds of possibility, that this sporty little J1 Midget played a part in that decision.
There is then a gap in the ownership history covering the war years before the MG re-emerged in 1947 in the ownership of one G J Roberts. Apart from the period 1951 to 1960, the car's history is known thereafter.
In 1986, Mr Holland saw the MG advertised for sale 'fitted with a Ford 10 engine'. He travelled to South London and bought the car, which was a non-runner in need of full restoration. This was undertaken over the next six years, however, Mr Holland decided to keep the Ford 10 engine, probably in the interests of reliability, and in 1992 the resurrected MG was back on the road, with a rebuilt body and Morris hydraulic brakes on the front.
Purchased by the immediately preceding owner in May 1995, 'APC 401' came with the remains of the original J-Type engine, which was subsequently rebuilt and reinstalled in June 1996 (see photographs and bills for £5,000 on file). Various other maintenance tasks have been carried out over the years, including relining the brakes; fitting new kingpins, a new water manifold, and installing the new carpeting. It is understood that, whilst in his ownership, the car always ran well, covering around 200 miles each year.


Our vendor purchased 'APC 401' at Bonhams' Oxford Sale in December 2014 and had the MG shipped to his home in Australia where it has continued to be maintained and serviced, including fitting a new fuel pump. Described as in "good working order", this rare MG special is offered with an original sales brochure, old-style logbook, V5c document, and a quantity of expired MOTs and tax discs. The extensive history file (viewing recommended) also contains receipts for works carried out and parts supplied by MG specialists Montlhéry Garage, Somerset Sports & Vintage, and South Cerney Engineering.
A cracking little Thirties Midget with a fascinating history. 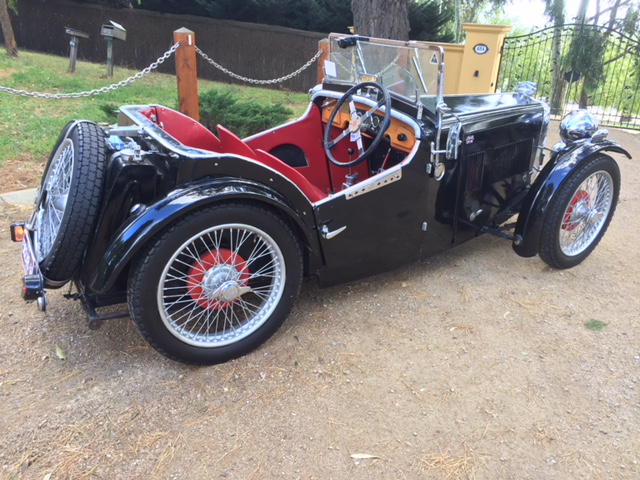 CLASSIC CHATTER
Powered by Dragons
Posted by jeffharris at 11:16