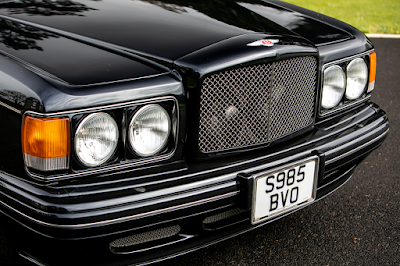 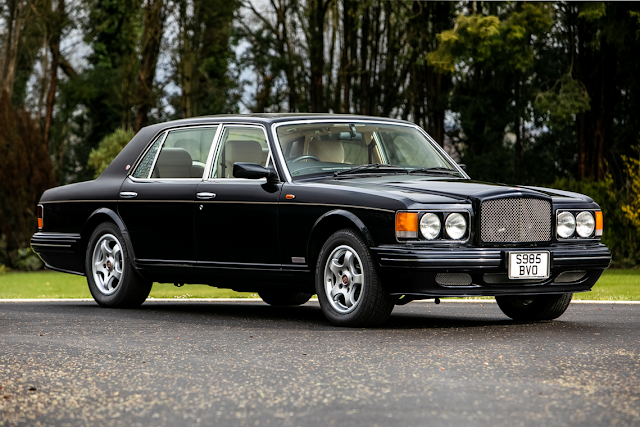 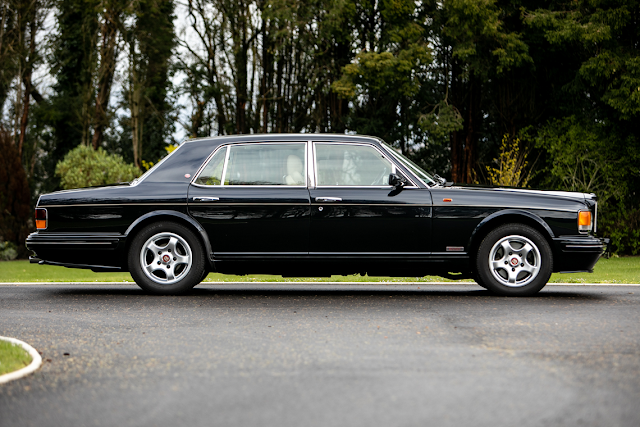 The Bentley Turbo R was a high-performance model produced by Bentley Motors Limited from 1985 to 1997 and the 'R' stood for "road holding", to set it apart from its predecessor, the square headlight Mulsanne Turbo. It initially inherited the turbocharged engine from the Mulsanne Turbo and also sported retuned suspension and wider tyres on alloy wheels, a first for a Bentley. From 1987, however, the Turbo R's V8 engine was fitted with fuel injection for added torque. Motor Trend called the Turbo R "The first Bentley in decades deserving of the famous name" in their review of the car on its introduction to the United States in 1989, with car enthusiast Jay Leno first in the queue.

The Turbo RT was the last, rarest, most powerful and most expensive of the Turbo R line and was fitted with the 400 bhp (298 kW; 406 PS) twin-turbo 6.75-litre V8 engine from the two-door Continental T. Performance was 'more than adequate' with a top speed limited to 150 mph. It is visually differentiated from other Bentley Turbo R models by its sports wheels, radiator mesh grille, and colour-coded bumpers with bright mesh inserts. The ultra-luxurious Turbo RT was built between 1997 and 1998, with just 252 cars produced prior to the introduction of the Arnage.

This lovely long-wheelbase example was delivered new in the UK, supplied by Jack Barclay Ltd and first registered on 11th January 1999. It was tastefully specified with Dark Sapphire paintwork, Sandstone Hide seating, thick-over-thin Sandstone coachlines and of course matching Portland Stone Wilton over-mats. Our vendor's father purchased this car to use daily in 2004, and since then it has been cared for with no expense spared, and maintained by specialists regarded as the best in the business.

Today this imposing machine presents very well with the paintwork retaining a deep gloss and the interior showing very little wear to speak of. The car fires into life with the first turn of the key and our vendor informs us that, with the extra comfort afforded by the longer cabin, there is no better way to travel the 350 miles round trip from their residence to Goodwood. On offer with a substantial history folder containing invoices, MOTs and handbooks, a Bentley trickle charger, and a bespoke car cover. 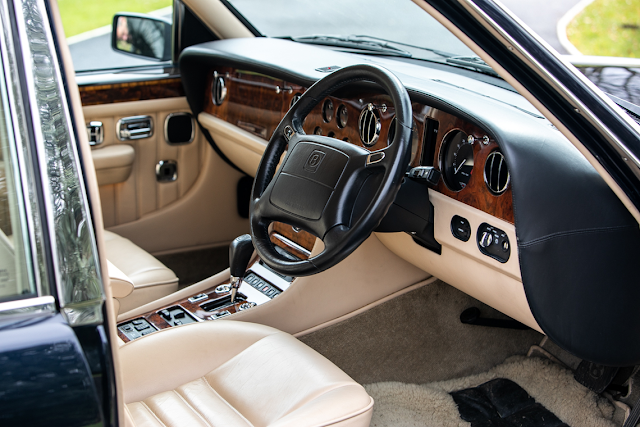 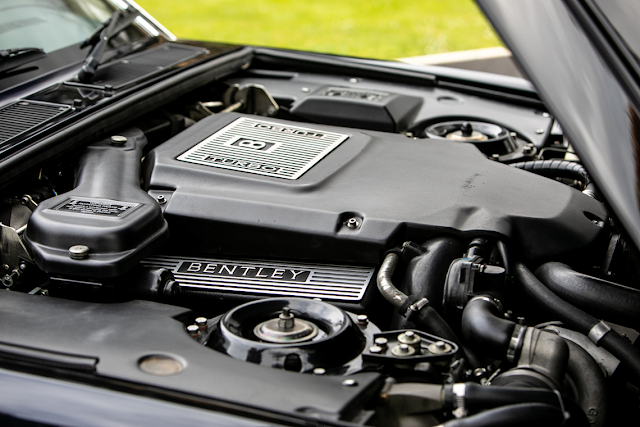 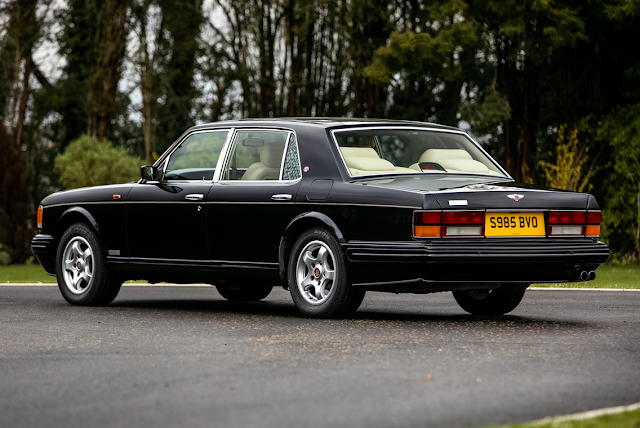 CLASSIC CHATTER
Powered by Dragons
Posted by jeffharris at 11:48