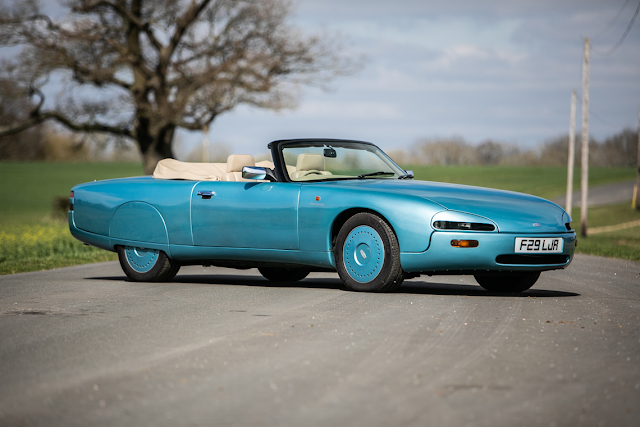 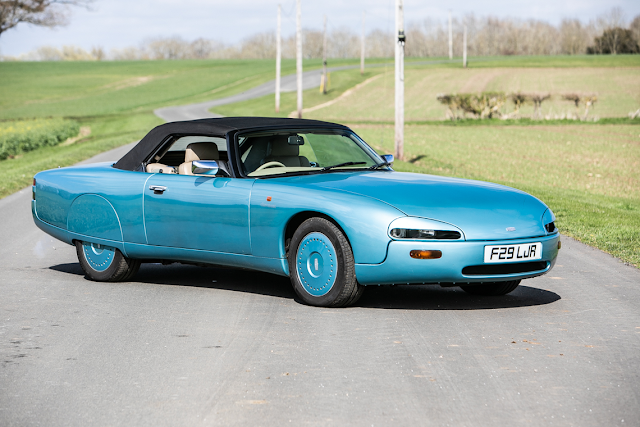 Talented British designer, Reid Railton, built his own marque of sports cars in the 1930s by modifying an American Straight-8 Hudson fitted with sporting British coachwork. He also designed a series of cars for John Cobb, the first of which was the celebrated 24-litre Napier Railton, which took many endurance records, and later the Railton Mobil Special which held the World Land Speed Record several times, finally hitting 400 m.p.h. and collecting the record at 394.2 mph. Railton's involvement in British record-breaking was huge as he was also involved with Malcolm Campbell's Bluebird car in the early thirties, and later in his water speed record boats. In 1933, he was responsible for the design of the fantastically successful E.R.A 'Voiturette' class racing cars with Raymond Mays, and in the same year, he started production of the cars which bear his name, in collaboration with Noel Macklin of Invicta fame. The Railton Terraplane Eight was based on the 4.2-litre Hudson and evolved through a series of models, all with classic sporting bodywork, including the Fairmile and Claremont convertibles. A total of 1,460 Hudson based Railton had been completed when production ended with the onset of World War II, and Reid Railton finally passed away in 1977 at the age of 82.

The reincarnation of the Railton was the brainchild of Williams Towns, an automobile designer and engineer born in 1936, who worked first with the Rootes Group then Rover before joining Aston Martin in 1966. Prior to going freelance, Towns was responsible for the fabulous Aston Martin DBS V8 and its Lagonda equivalent, and later the Volante convertible and the amazing Lagonda 'Wedge' of 1976. One idea he'd been kicking around for several years was a rebodied XJ-S. He had owned an example himself, and was impressed by its smoothness and refinement, and considered it was an excellent starting point for a coachbuilt special. He created a series of sketches called 'XJX' that he would occasionally refresh to keep up-to-date with current design trends. Yet, with neither the money nor a financial backer to fulfil his dream, the car, inevitably, remained on paper. And then, during the mid-Eighties, Towns met John Ransom- a self-made millionaire from selling propane - at his local flying club. He was also a car enthusiast and it wasn't long before the pair were discussing the idea of producing a low-volume but high-quality sports car that Towns would design and Ransom finance. 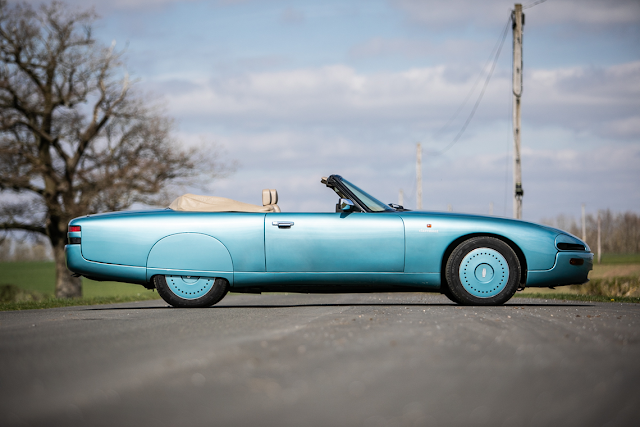 This was the moment Towns had been waiting for and he soon dusted off his XJX sketches, deciding to use the newly announced XJ-S convertible as the basis. However, instead of stripping the donor car, Towns' idea was to fit new panels over the existing steel. It was a concept he'd used before for his Series 3 E-Type-based Guyson E12 in 1974 but, whilst that car was covered in glass fibre panels, the new model was to be considerably more upmarket and would, therefore, be clothed in aluminium. In 1991, after a trial exhibition at the 1989 Motorfair and having purchased the 'Railton' name, the new Railton was unveiled with the launch of the Railton Motor Company.

The streamlined, almost featureless bodywork, was created by Park Sheet Metal, who also constructed the Jaguar XJ220, and the minimalist lines are quite unlike any other car, demonstrating clearly that Towns had moved on from his 'Origami' period exemplified by the 1976 Lagonda. The lines of the car flow from the rounded nose, down the long bonnet and smooth sides to the short curved tail without interruption, totally lacking superfluous embellishment and giving no clue as to the identity of the chassis beneath. Two cars were produced, this one with rear wheel spats, called Claremont, and finished in Metallic Blue, and another, the Fairmile in Burgundy, without the wheel spats and with oversized rear wheels but otherwise identical. The cars were priced at £105,000 each in 1991, and only two were ever produced, the Claremont remaining in the possession of William Towns until after his death. The interior of the Claremont is trimmed throughout in finest cream leather with polished walnut cappings and has the standard late-type instrument binnacle. Luxury equipment includes ABS, cruise control, central locking, power steering, automatic gearbox, heated electrically adjusted seats, electric windows, air conditioning and a power-operated hood! The engine is the magnificent 5.3-litre Jaguar V-12 unit producing a leisurely 280 horsepower resulting in a top speed of some 143 mph and an 0-60 time of 8.1 seconds.

Coming from a significant private collection, our vendor has owned this very special car since 2006 and it has covered only 13,700 miles since 1989. Lovingly maintained under current ownership and regularly MOT'd (a fresh MOT will be issued prior to our sale), the time has now come for someone else to enjoy the exclusivity and style on offer with this F29 Claremont. Accompanied by an interesting history file containing a number of fascinating road test reports, magazine articles and sales brochures, the vendor reports that this car generates a huge amount of interest wherever it goes.
A standard XJS Convertible with the same mileage and ownership will be worth around £30,000 - £35,000 in today's market, and given that this Railton was around three times the price of an XJS when new, is one of two ever built, is built with an aluminium body, and is ultra-exclusive, this is a unique opportunity to acquire an enduring reminder of William Towns' legendary vision and his skill at designing remarkable motor cars. 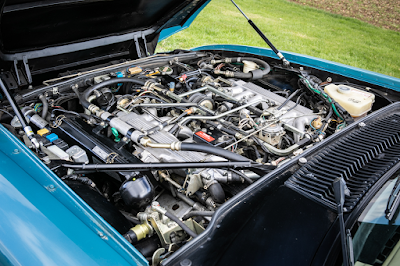 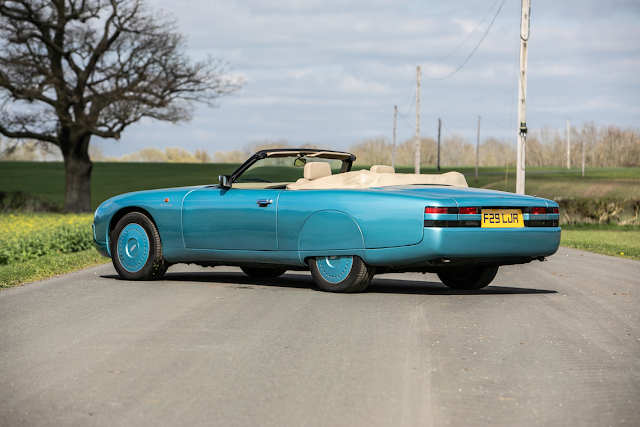 CLASSIC CHATTER
Powered by Dragons
Posted by jeffharris at 14:03