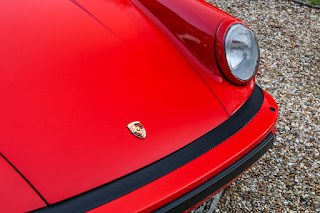 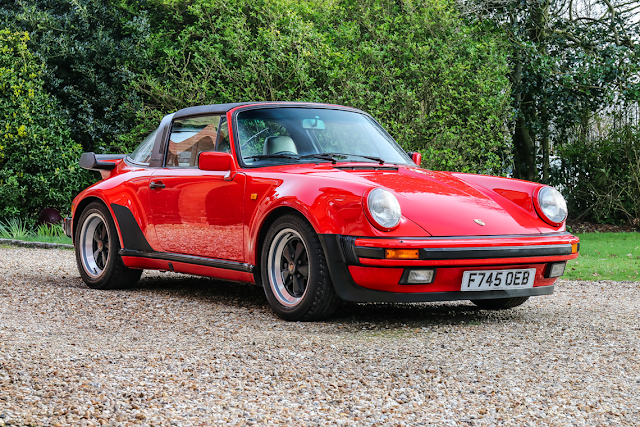 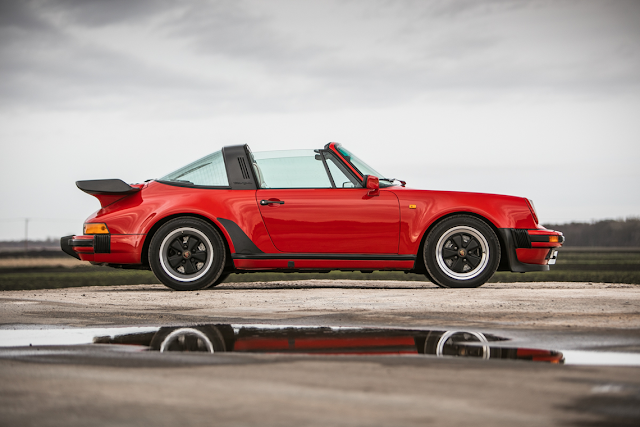 Having accrued a wealth of experience of turbocharging air-cooled engines from their racing programme, it seemed to make perfect sense for Porsche to utilise that knowledge by applying it to their famous rear-engined sports car, and consequently, at the 1973 Paris Motor Show, they unveiled a prototype turbocharged 911, the ‘Type 930’. Porsche engineers tested both the 2.7 and 3.0-litre engines, with the 3.0 air-cooled flat-six (that could trace its origins back to the 911 RSR) being chosen as it produced more torque low down. By attaching a Kühnle, Kopp and Kausch (KKK) turbocharger, the 930 was the most powerful production Porsche thus far and, suddenly, the 911 was a 'Supercar'.
The production-ready 911 Turbo was shown at the Paris show in autumn 1974, and not surprisingly in an era when turbocharging was seen as rather exotic, captivated the world's motoring press.  Rightly, it was billed as a supremely fast and luxurious flagship model, combining ballistic performance and head-turning looks with air conditioning, electric windows and other creature comforts. In 1977/78, capacity went up from 3.0 to 3.3 litres producing 300bhp and an air-to-air intercooler was positioned under the rear spoiler. The spoiler was re-profiled and raised slightly to make room for the intercooler assembly, and this meant saying goodbye to the ‘whale-tail' and welcoming the equally distinctive ‘tea-tray'.
With a four-speed gearbox and 300 horses arriving at the same moment, power delivery was a touch 'peaky', occasionally turning a scenic drive into a drive through the scenery, however, in 1988 the 930 was offered with Porsche's G50 five-speed gearbox smoothing out the power curve and resulting in a much more user-friendly driving experience. The G50 equipped cars from 1988/9 were undoubtedly the ultimate incarnation of the 911 Turbo.
This fine C-16, UK RHD Targa was delivered new on 22/10/88, finished in Guards Red and is one of very few final year 930 Turbos delivered with the G50 5-speed manual gearbox. This in itself makes this car both sought after and desirable, however, this example was also ordered with the Targa removable roof panel offering open-top motoring and of course the added benefit of security. Also ticked on the options list were; heated electric seats, a Blaupunkt Toronto SQR 46 Stereo Radio Cassette player, Amplifier and Top-tint screen.
Having covered only 71,725 miles the car remains in remarkable condition, with excellent panel gaps, almost flawless paintwork, a smart Linen Grey leather interior, and a very tidy engine bay. The service record accompanying this car can be regarded as substantial spanning two service books, backed up with paper invoices. Within the owner's file are some old MOT certificates, the original book packs, and a spare set of keys.
In summary, this is a superb example of these collectable classics with sensible mileage, a complete service record, looks and performance that inspired a generation, and all on offer at a very realistic guide. 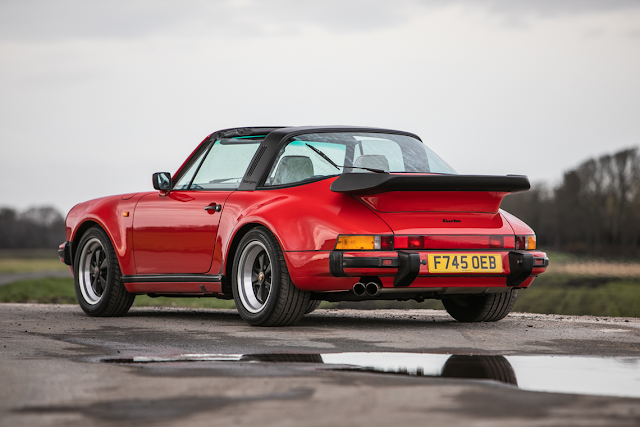 CLASSIC CHATTER
Powered by Dragons
Posted by jeffharris at 19:53