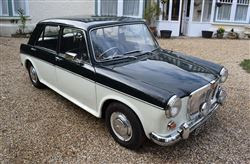 There are only 149 examples of the MG1100 known to still exist with the DVLA and this must be the best original one left. The mileage is warranted and it comes with the original bill of sale, as well as a copy of an article from a local newspaper dated March 1994, showing a picture of the car with the number plate visible, and its original owner with the article stating the mileage then as 21,000 miles.

Whilst it is now of course both tax and MOT exempt, it passed an MOT in December 2018 with no advisories. It drives very well with recent new tyres all round and comes with a copy of the AA handbook for 1966/67 in the glove box. The vendor states that is would make an ideal museum exhibit. 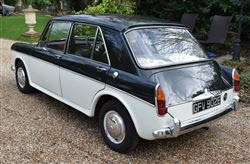