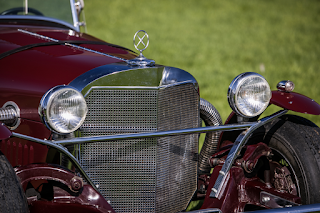 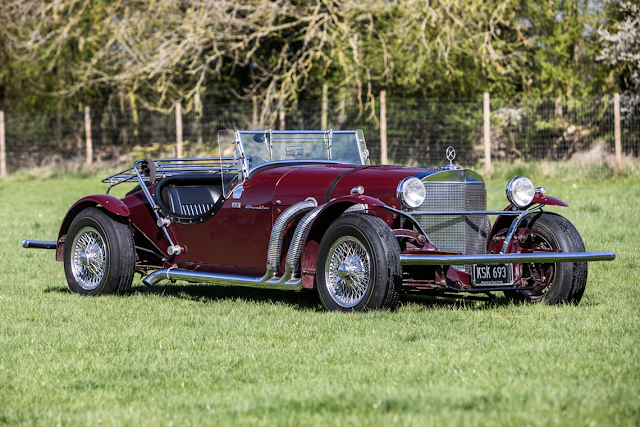 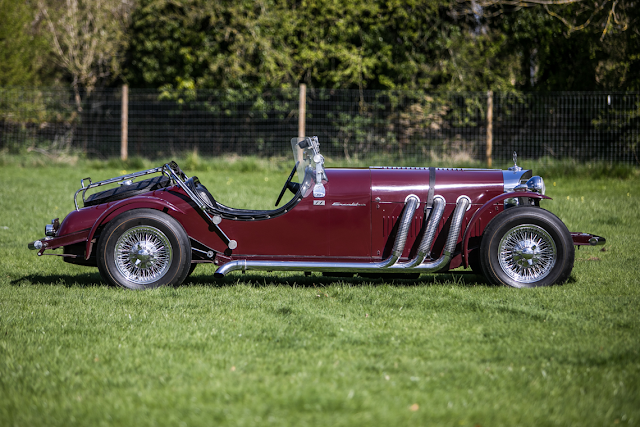 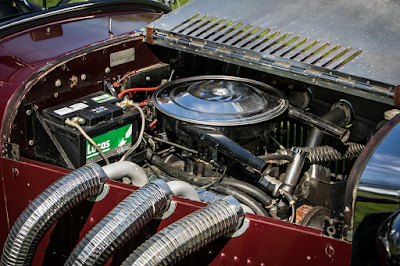 The Excalibur story began back in 1964 when renowned industrial designer Brooks Stevens, at that time working as a consultant to Studebaker, was asked to design a show car for that year's New York Auto Show. An avid automobile enthusiast and collector, Stevens was a fan of the pre-war Mercedes-Benz SSK and sold the idea of a 'contemporary classic' take on the German sports car to Studebaker, at that time Mercedes importers. Brooks Stevens had first ventured into automaking on his own account with the Excalibur J, a two-seat sports car on a Ford chassis, that enjoyed a successful, if brief, competition career in the early 1950s. The prototype Excalibur SS was ready three days before the New York Auto Show where it caused something of a sensation, albeit too late to save the ailing Studebaker Corporation. A long list of potential buyers resulted, one of whom - a Chevrolet dealer - asked if the car could be built with a Chevrolet Corvette engine. Stevens was only too happy to oblige. An advertisement in the Wall Street Journal generated sufficient deposits to enable production to start, and in 1966 the company moved into premises in Milwaukee, Wisconsin, trading as SS Automobiles Inc.
Since then Excaliburs have been owned by many famous celebrities including Frank Sinatra, Steve McQueen, Dick Van Dyke, Burt Lancaster, Ronald Regan, Sonny & Cher, Dean Martin, Jackie Gleason, Rod Stewart, Jay Leno, Arnold Schwarzenegger and of course, Tony Curtis. Having been catapulted to the Hollywood A-list during the 1950s with films such as 'Some Like it Hot' and 'Operation Petticoat', Tony Curtis had it all by 1965. He owned a string of cars that included 1930s Rolls, Bentley and Duesenburgs and probably appreciated the 1930s “look” of the SS but with a modern automatic gearbox and reliable Chevrolet V8.
The car delivered to Tony, chassis number 1006, was finished in Maroon with contrasting black interior,  and an accompanying photograph shows Tony posing proudly. However, his ownership appears to have been very brief for, on the 16/02/65, the car was bought by philanthropist Donald S. Gilmore for $7,895, as seen in the accompanying Tax Declaration. The declaration is one of two documents that ratify this unique provenance, noting Tony Curtis' then home address at 1178 Loma Linda Drive, Beverly Hills. Mr Gilmore was a friend of Walt Disney and very probably it was he who introduced Tony Curtis and the car to Mr Gilmore. Upon purchase, the car was destined to become one of the star attractions at the soon to be launched Gilmore Car Museum in Michigan where it was on display until 2006. Press clippings from the period state that Mr Gilmore’s brother had achieved nearly 100 miles per hour in the car before it was put on display.
The car was put up for auction by the museum in 2006  in the same condition it is today with a mileage then of some 6,252 miles. In 2007 the car was for sale with the highly regarded Motorcar Gallery of Fort Lauderdale, Florida whereupon it caught the eye of our vendor Dr David Williams who personally imported it car into the UK, registered as “KSK 693” on the 1st March 2008. As a life long fan of 'The Persuaders!' and finding himself with more in common with Tony Curtis’ Danny Wilde than Roger Moore’s Lord Brett Sinclair the car formed the cornerstone of his collection. Since 2013 Dr Williams has been a valued client of Silverstone Auctions, adding to and trimming his collection over the years with us.
As part of a substantial car collection made up of an eclectic mix of low mileage high performance and luxury motorcars, the Excalibur has only been driven on high days and holidays, covering just 200 or so miles during his ownership. The stated mileage of 6,420 miles is highly credible due to the fact that from a month or so old it was in the Gilmore collection and on display in the museum until 2006. The car has featured in a number of articles, including The Times and Classic and Sports Car.
Doorless, early examples of the Excalibur Series 1 are among the most rare and coveted of the company's models. Presenting today in what is a very believable unrestored condition, this remarkable car will be presented with a fresh MOT and its owner's file that includes the aforementioned provenance records, and a signed copy of Tony Curtis’ autobiography, in which he proudly lists his car collection, with the Excalibur namechecked for posterity. 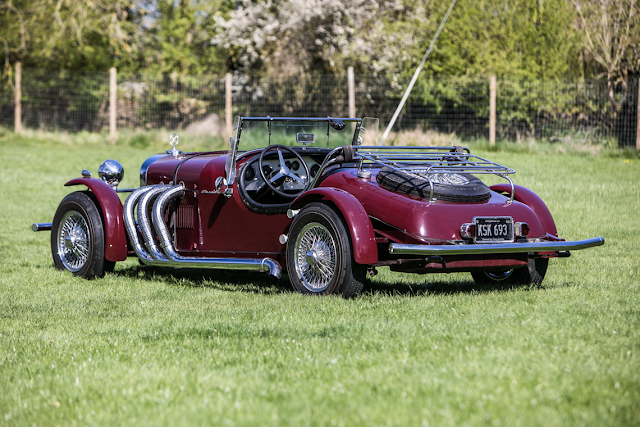 CLASSIC CHATTER
Powered by Dragons
Posted by jeffharris at 12:33