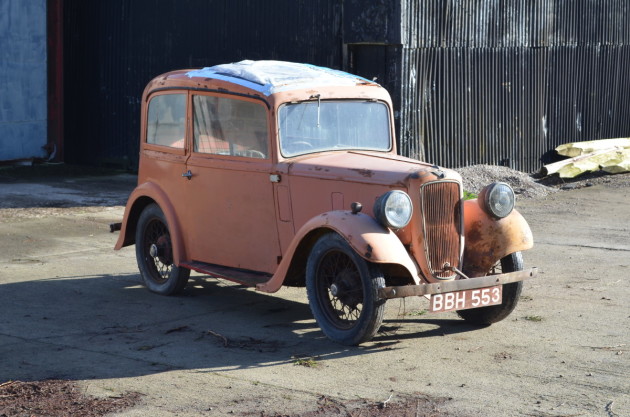 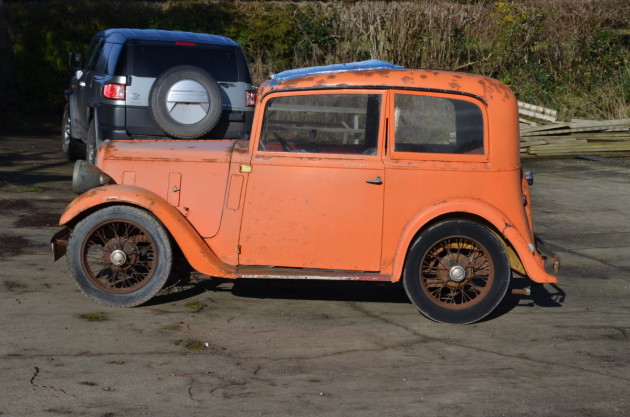 Launched in 1922, the Austin Seven was an unprecedented success that not only saved Austin but wiped out most other small cars and cyclecars of the early 1920s. Simply yet brilliantly engineered, it quite literally put Britain on the road.
Built around an A-frame leaf-sprung chassis and powered by a 17bhp 747cc four-cylinder side valve engine, it came in numerous different body styles and remained in production until 1939, going through a bewildering number of variants along the way encompassing saloons, tourers and out-and-out racers.
Introduced in 1934, the Ruby was an addition to the existing saloon range and featured a longer bonnet with hinged vents at the side, cowled radiator and down-swept tail with enclosed spare wheel. Mechanically similar to preceding models, production of the traditional chrome radiator models soon gave way to the ‘new look’ Ruby, Pearl and Opal models.
The vendor of this delightfully original and early Ruby acquired the car recently from long-term ownership. It has not done a lot for many years as you can see, although was said to be running last year.
Fitted with a Superalloy downdraft inlet manifold and a set of tubular extractors, a past owner has clearly tried to improve its performance.
In remarkably solid condition, there would be a list of jobs to do in order to get the car back on the road roughly as is, which being an Austin Seven would be easy and cheap to do. The bodywork is good enough to qualify for ‘oily rag’ status given a little TLC, although its new owner will decide whether to conserve or restore.
It comes with a current V5C which shows its number BBH 553 is still transferable, an old MOT from 1961 from a garage in Somerset and a tax disc from 1959….was this when it was last used in anger? Who knows! 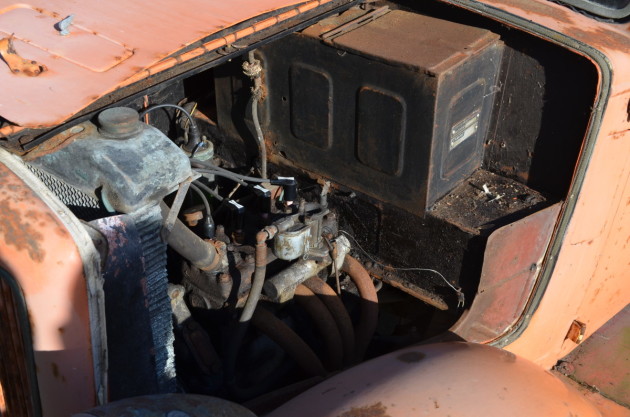